The final WDW trade night of 2013 took place at the ESPN Wide World of Sports a few days ago and Disney’s merchandise team was gracious enough to give us a peek at some 2014 pins! While many of these we had previously seen at Reflections of Evil, there were a few new ones and in many cases we were able to obtain new release info and series details. Here are some of the highlights.

After taking 2013 off, the new year will see a series of Piece of WDW History… but with a twist. All 12 pins released will be a part of SpectroMagic History!!! Ah, I can hear the sweet music now. 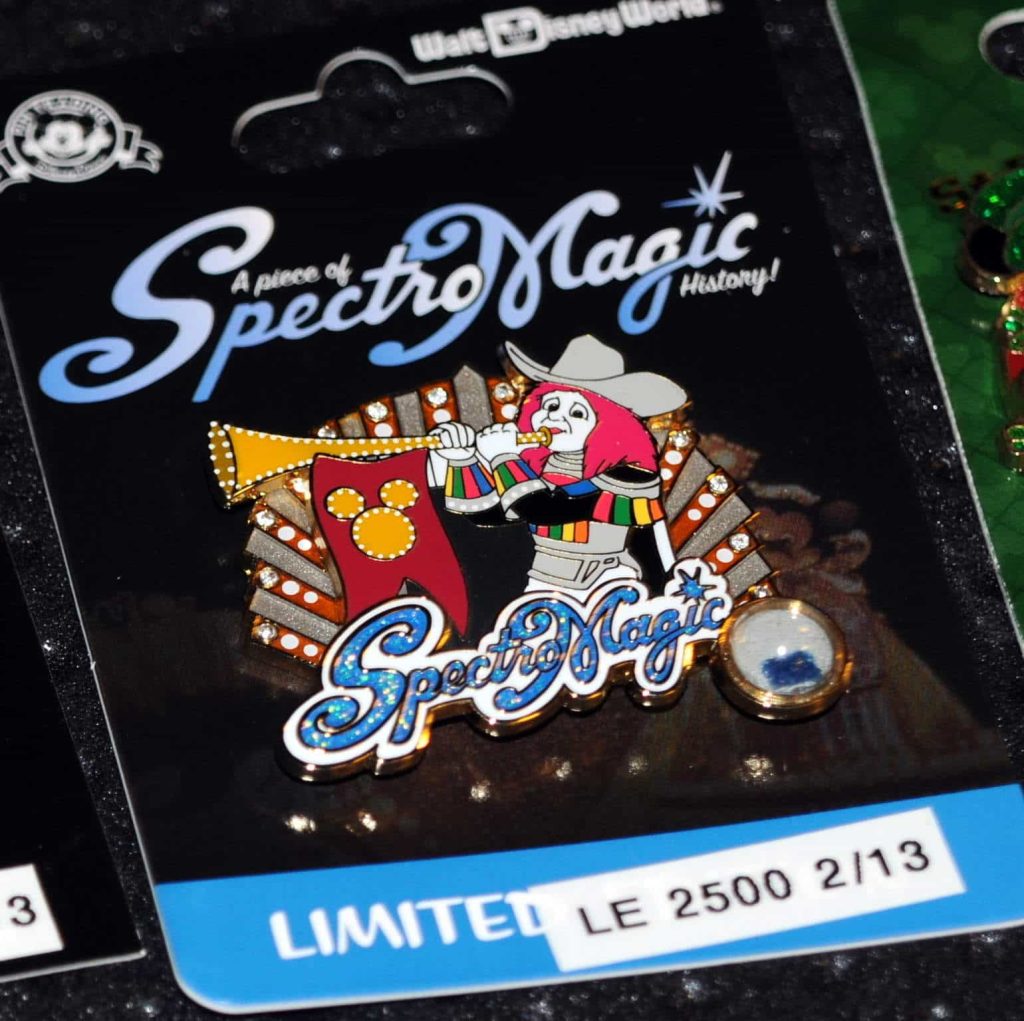 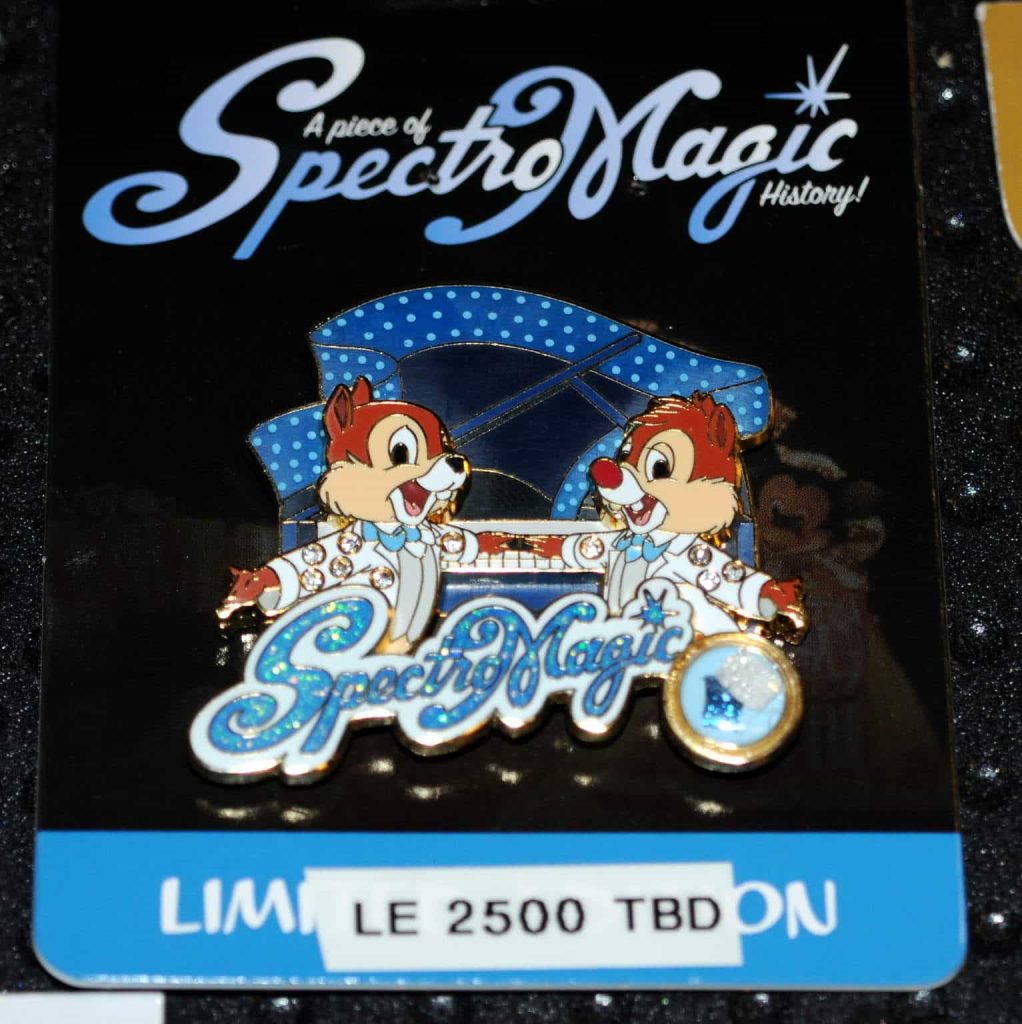 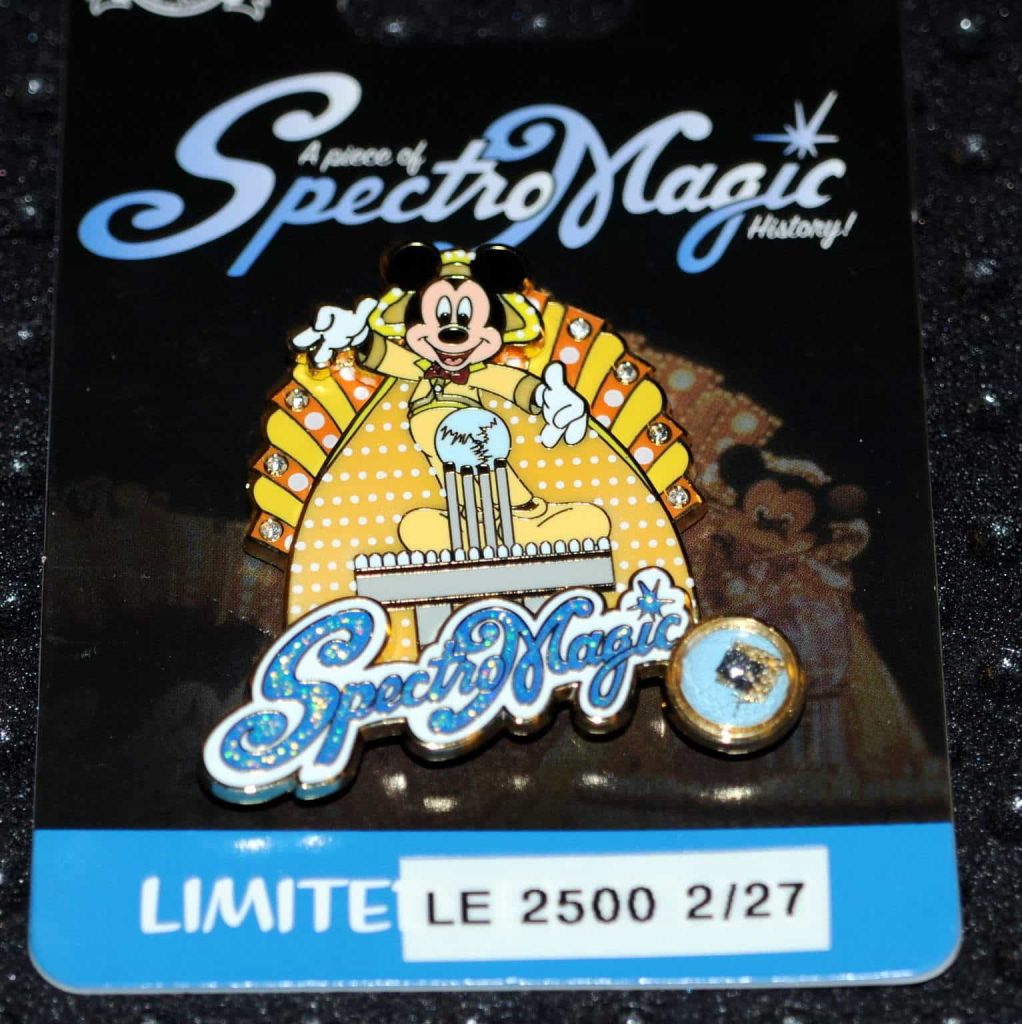 The first two pins will be released in February, then each subsequent month should see a single pin released. Each pin will retail for $19.95 and have an edition size of 2500.

There is no exact date set for the first WDW Trade Night of 2014, but we do know Jessica Rabbit will have the honor of being the face of the first PTN Pin. And it has an expected release in February. 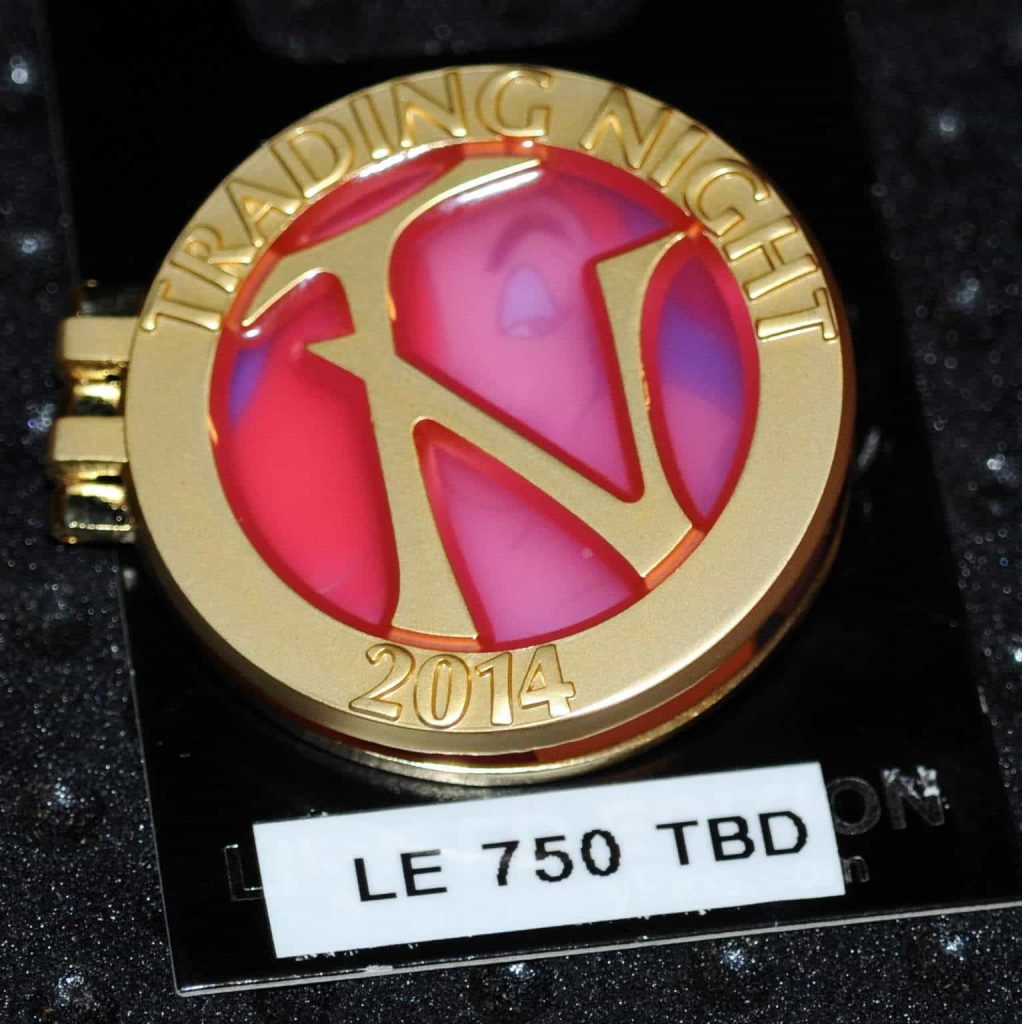 Eau de Magique, the 2014 WDW/DLR Pin of the Month series will begin in January. They are perfume bottles based on the Disney Princesses. Mulan will be in January, followed by Cinderella in February and Aurora in March. Each pin will retail for $15.95 and have an edition size of 2000. Also of interest, the pin card will be scented. January’s is rose scented. No word on if each month will be different. 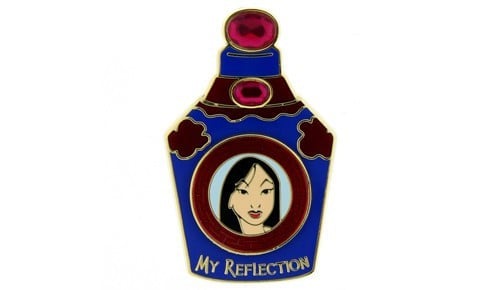 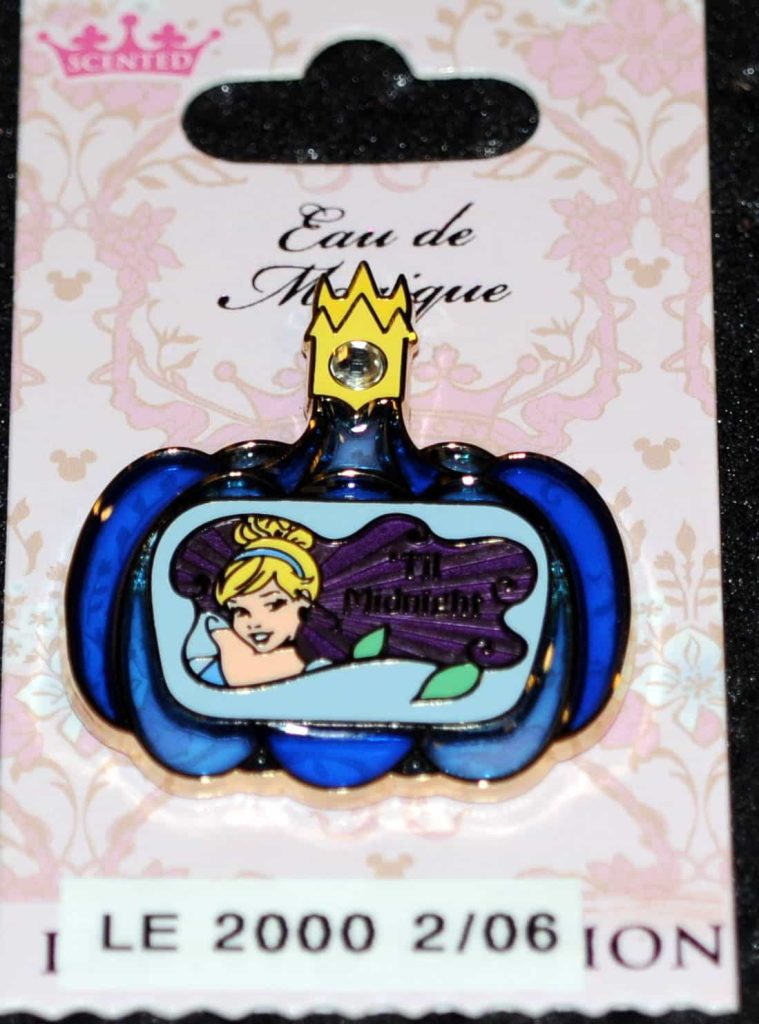 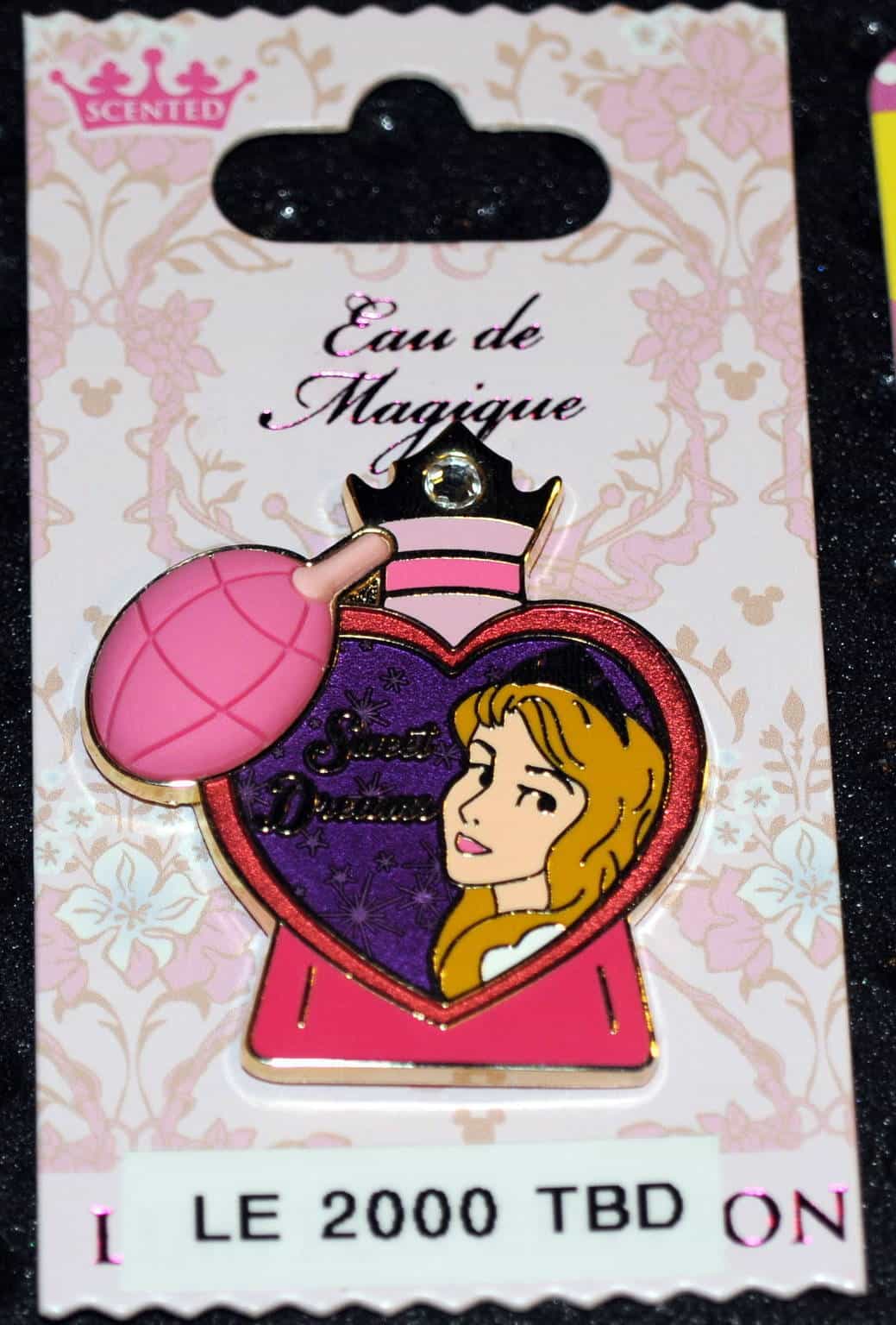 The Flower and Garden Festival in March will bring one of the best overall crops of pins to Epcot I have seen. I especially love the Cars topiaries outside Test Track with themed dangles. 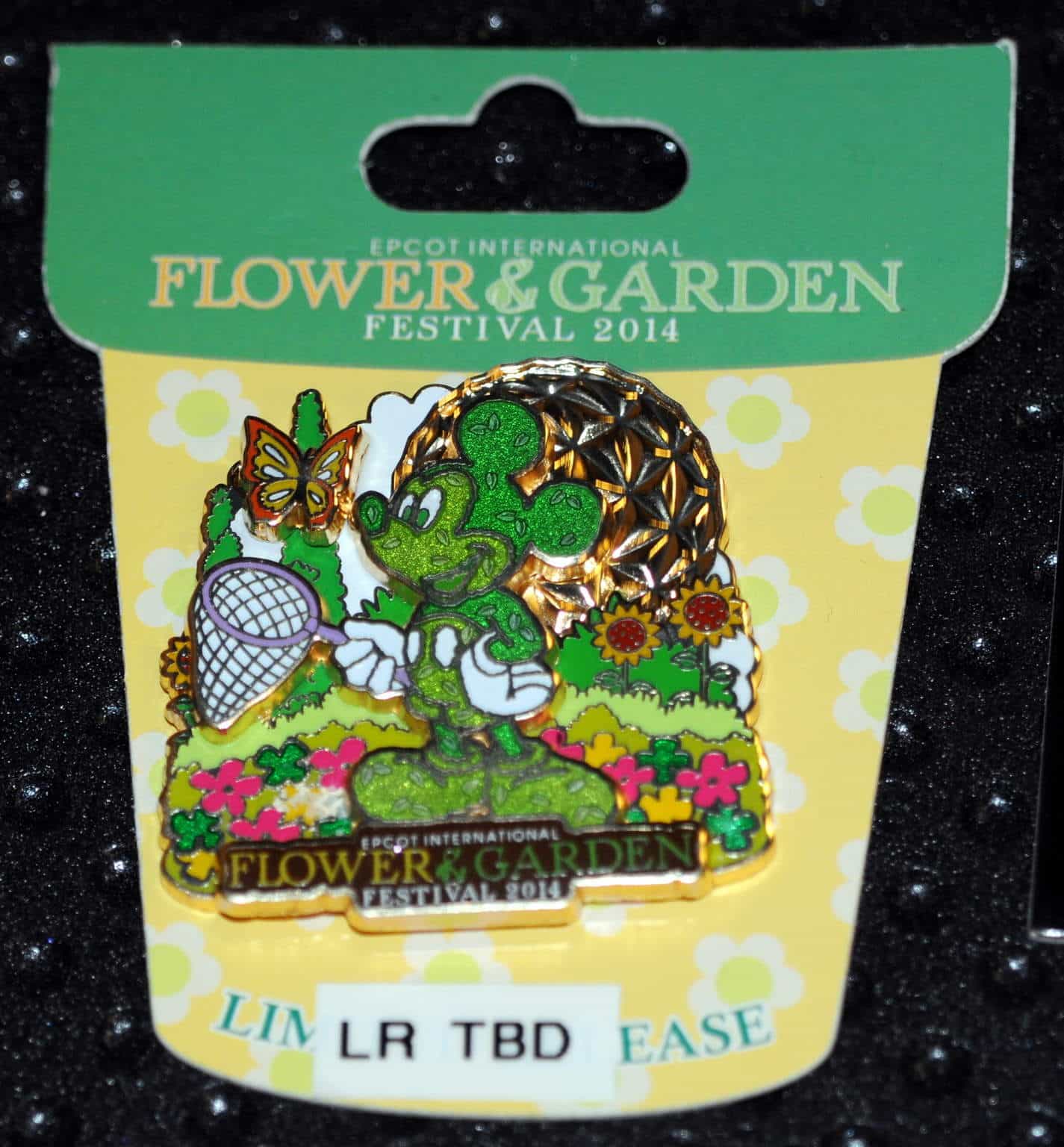 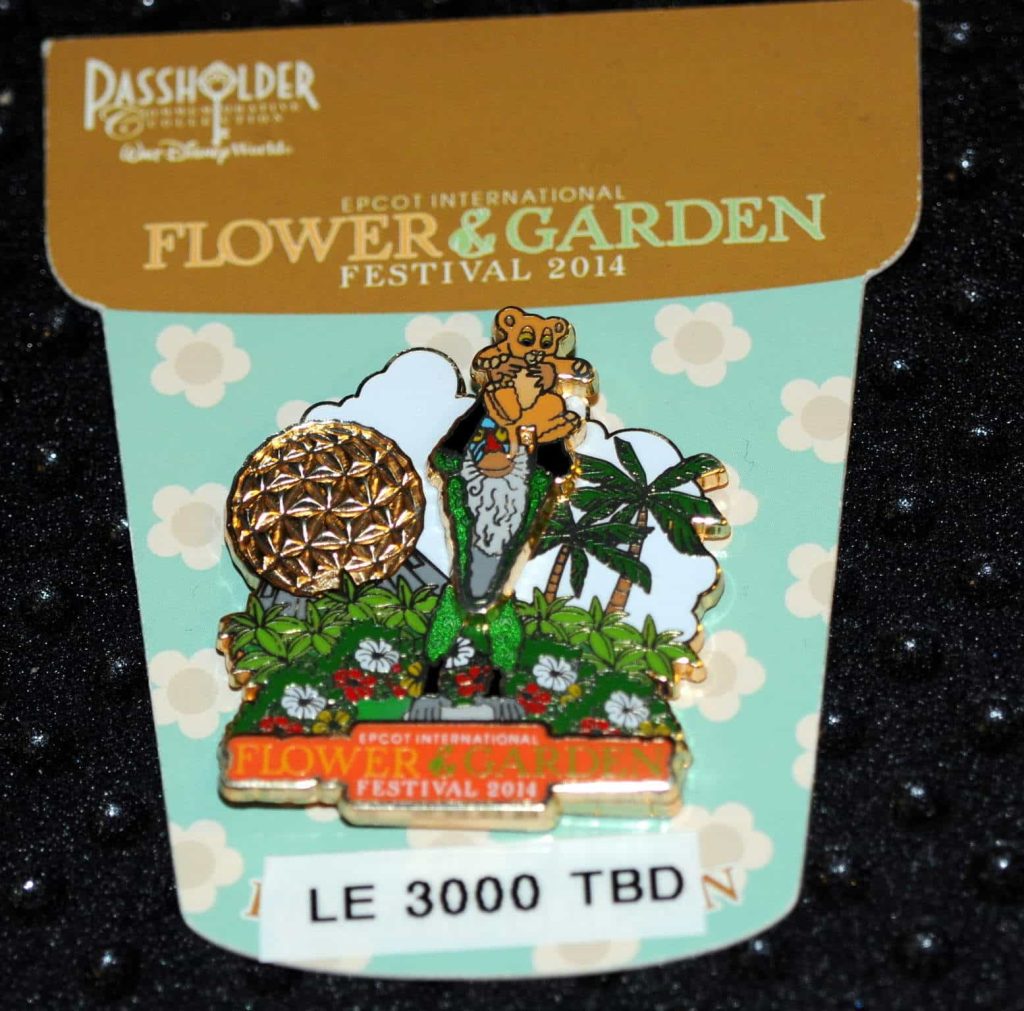 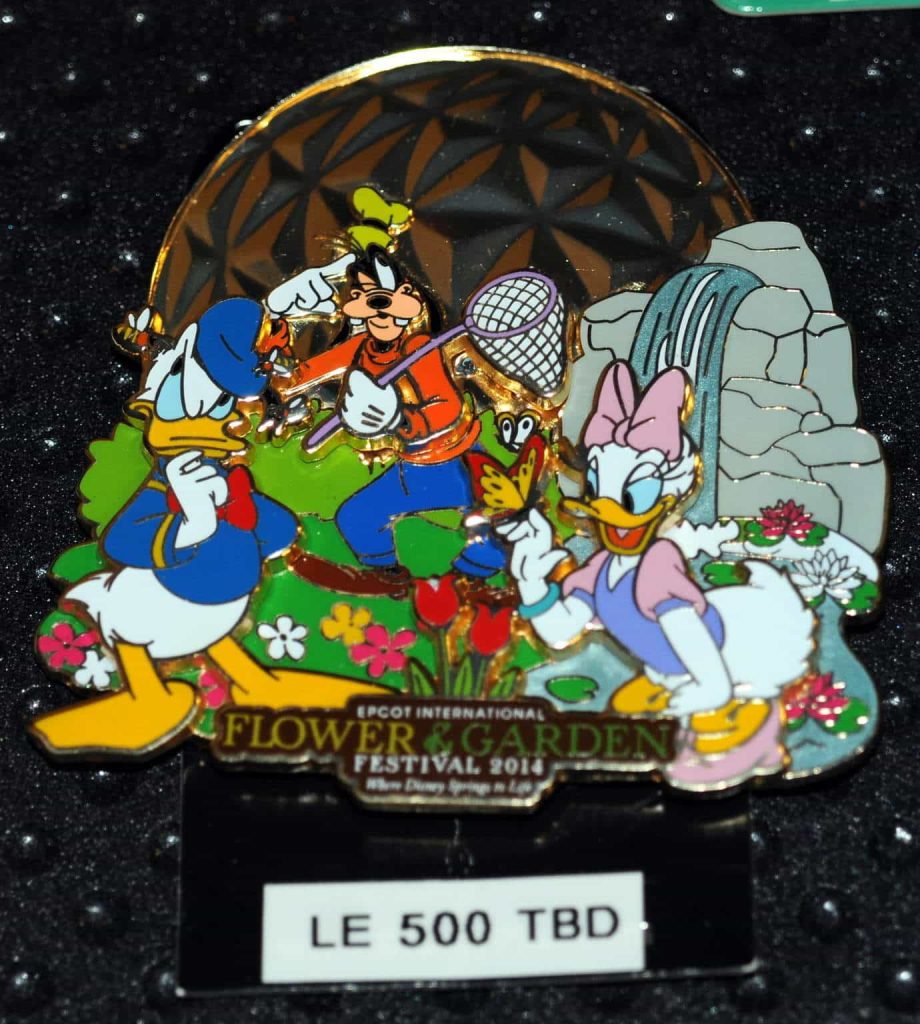 Next year, the Seven Dwarfs Mine Train attraction will open in New Fantasyland. Of course there will be pins to celebrate the occasion. We knew about the mystery set with attachable mine carts and we also knew about the mine cart pin that swayed back and forth, but now we know more on how they will be sold. The swaying pin is Open Edition and will be sold separately from the set. The mystery pin set will be sold in boxes of 2 pins for $13.95. 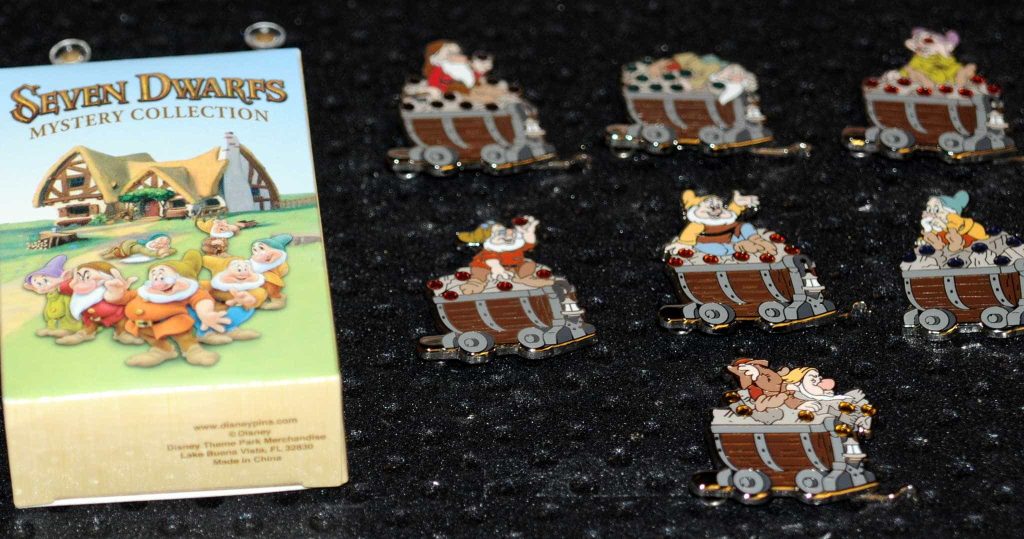 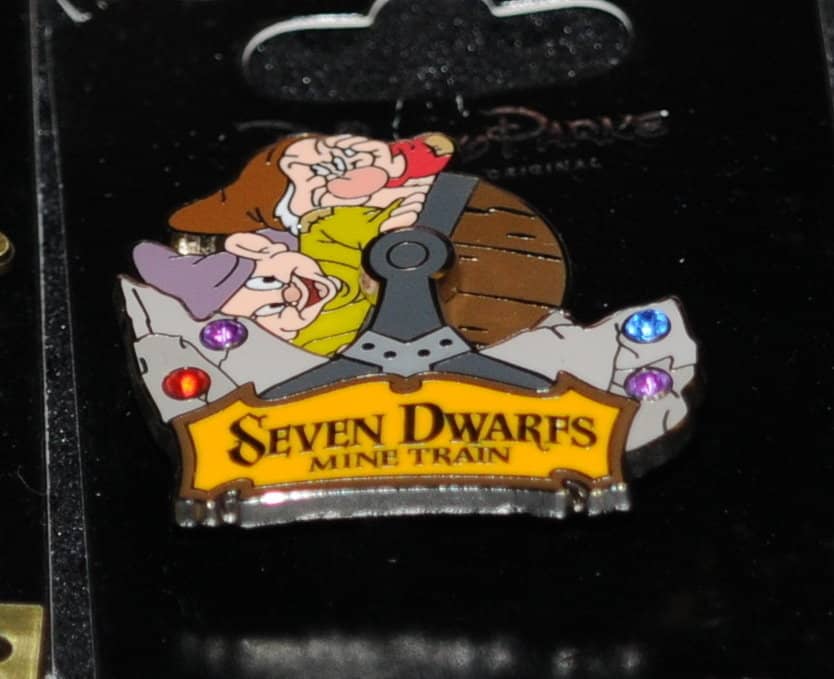 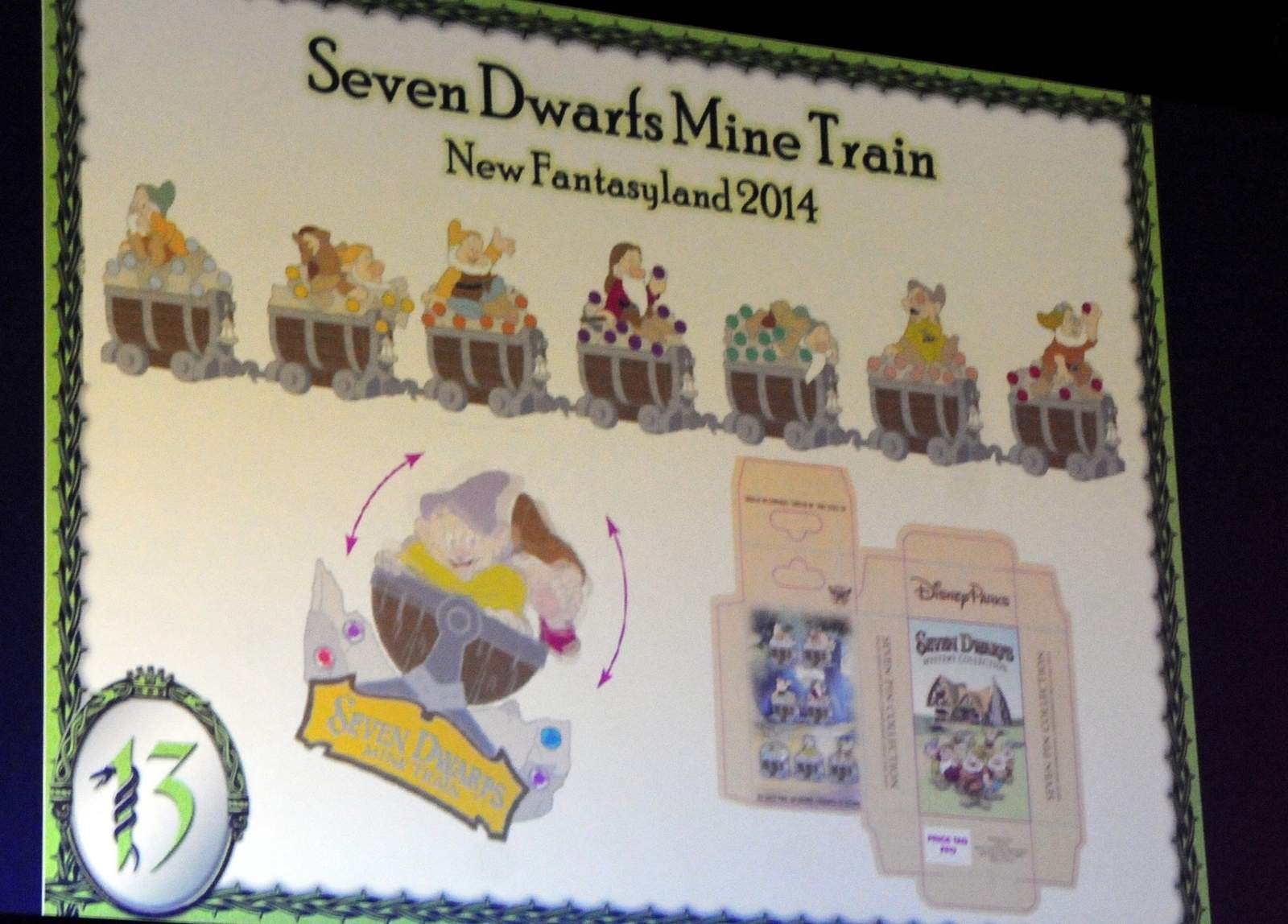 There are a variety of Limited Edition pins coming out in February and March 2014. 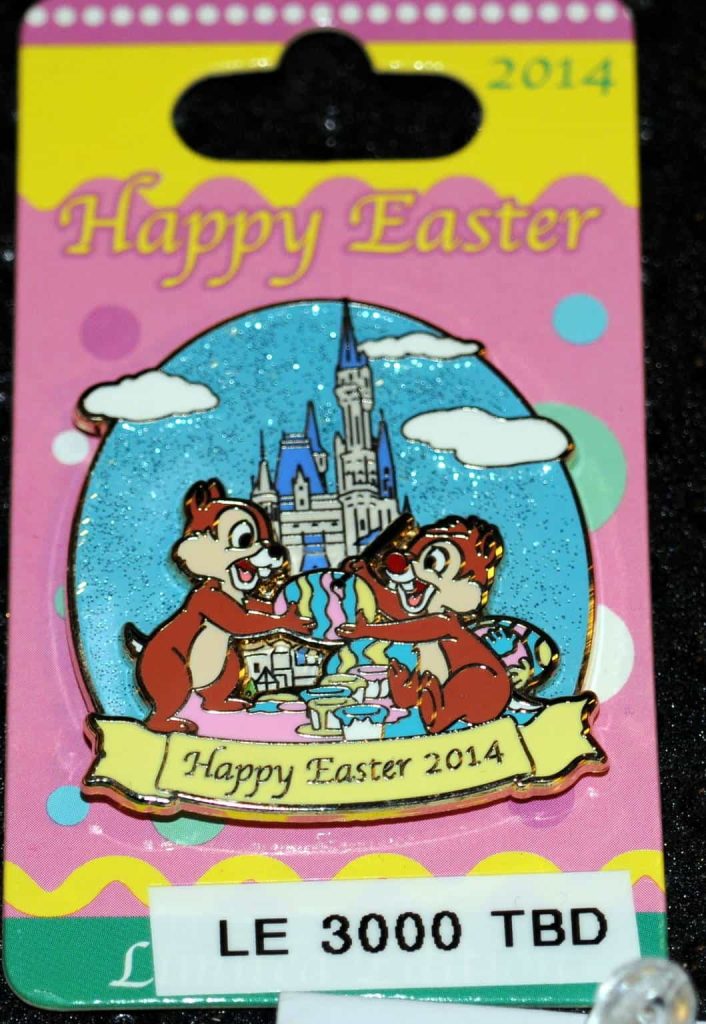 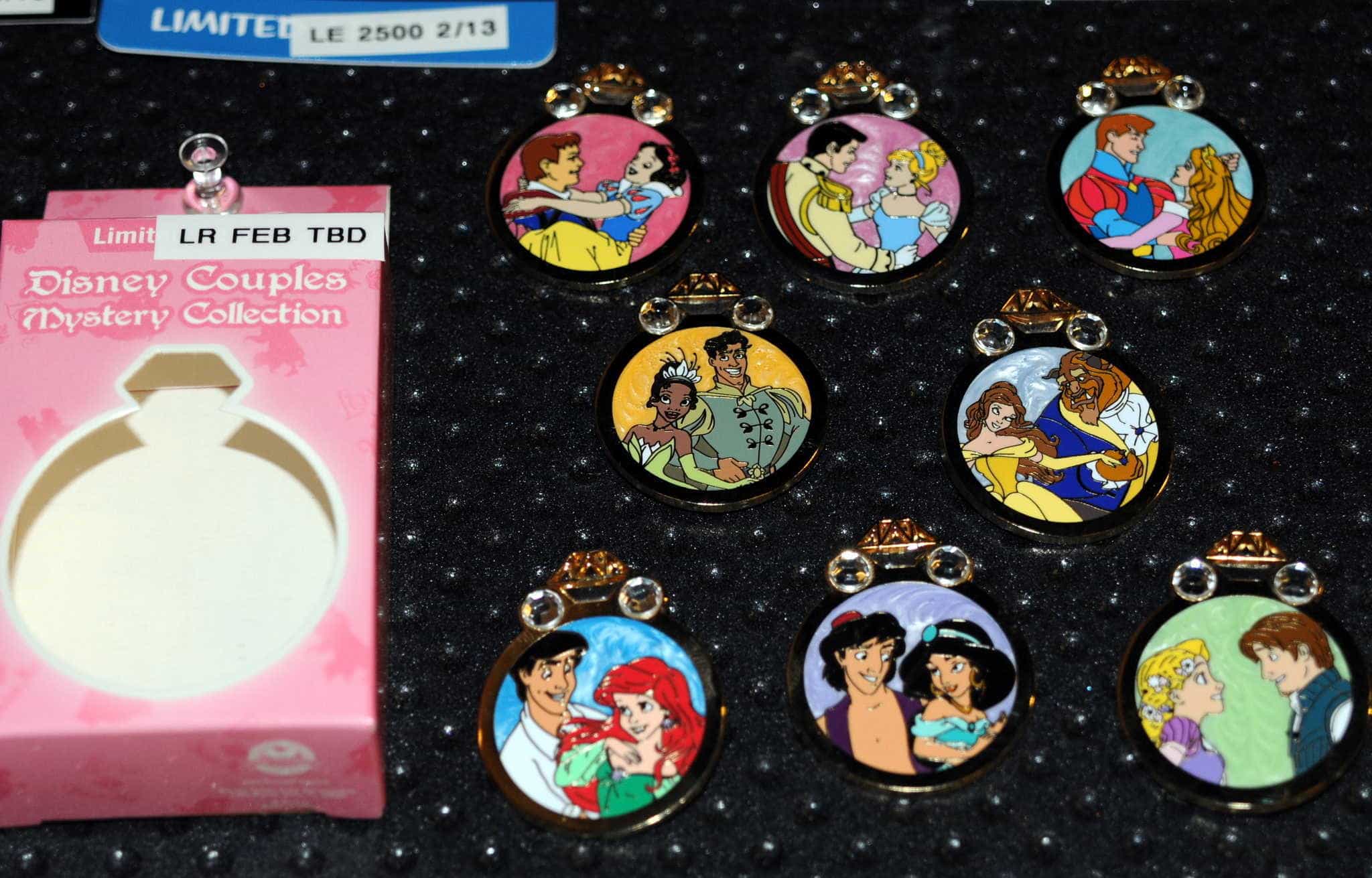 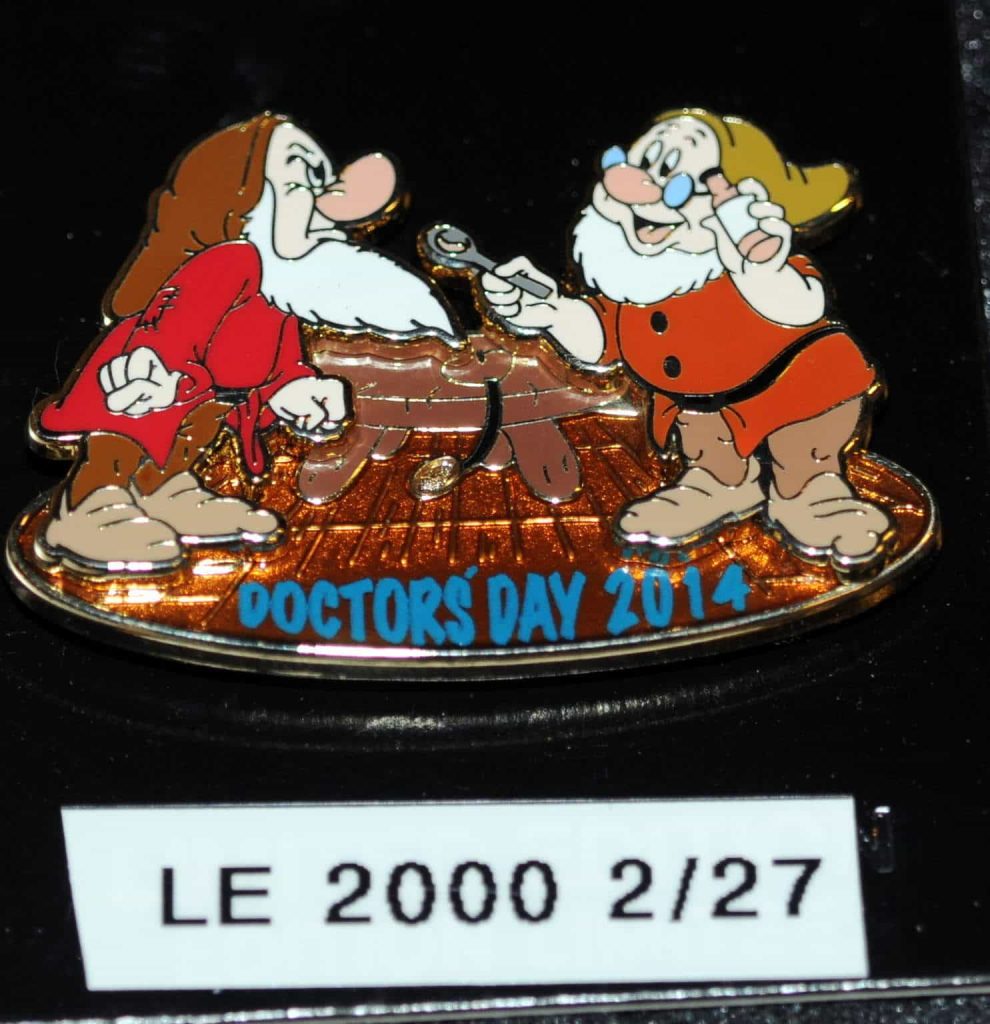 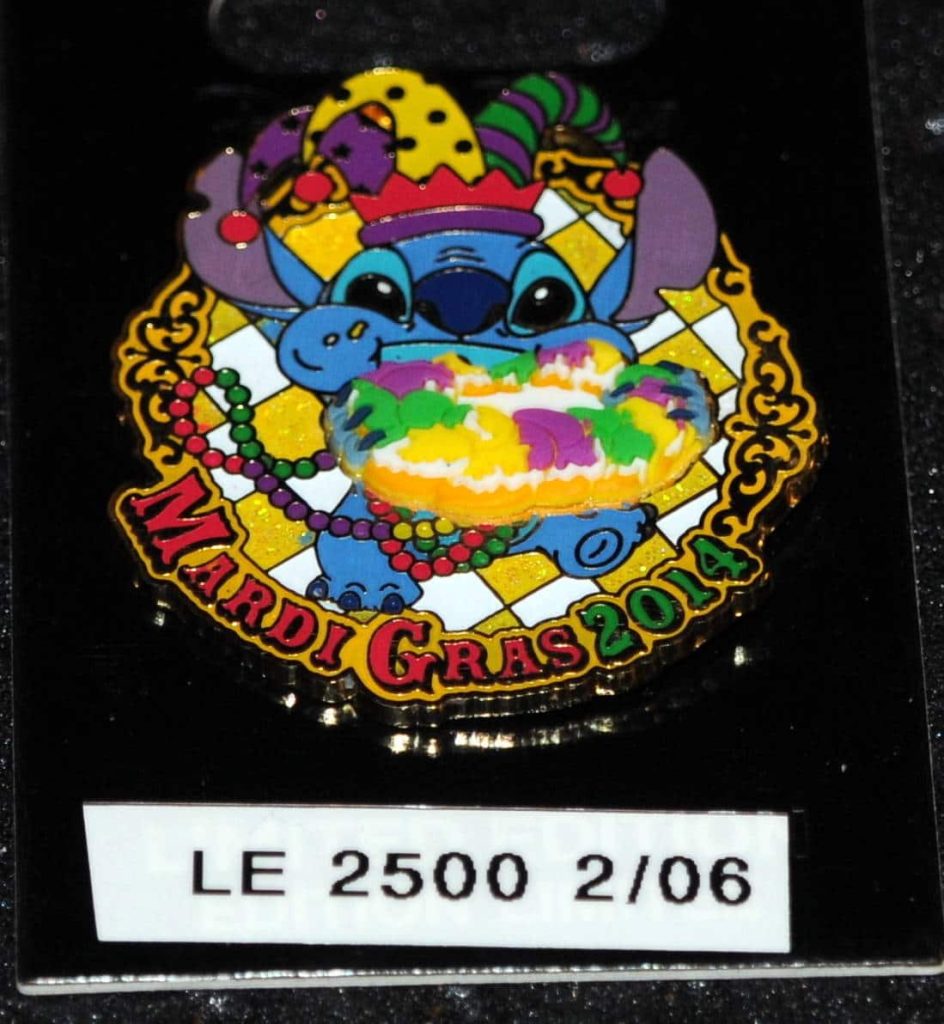 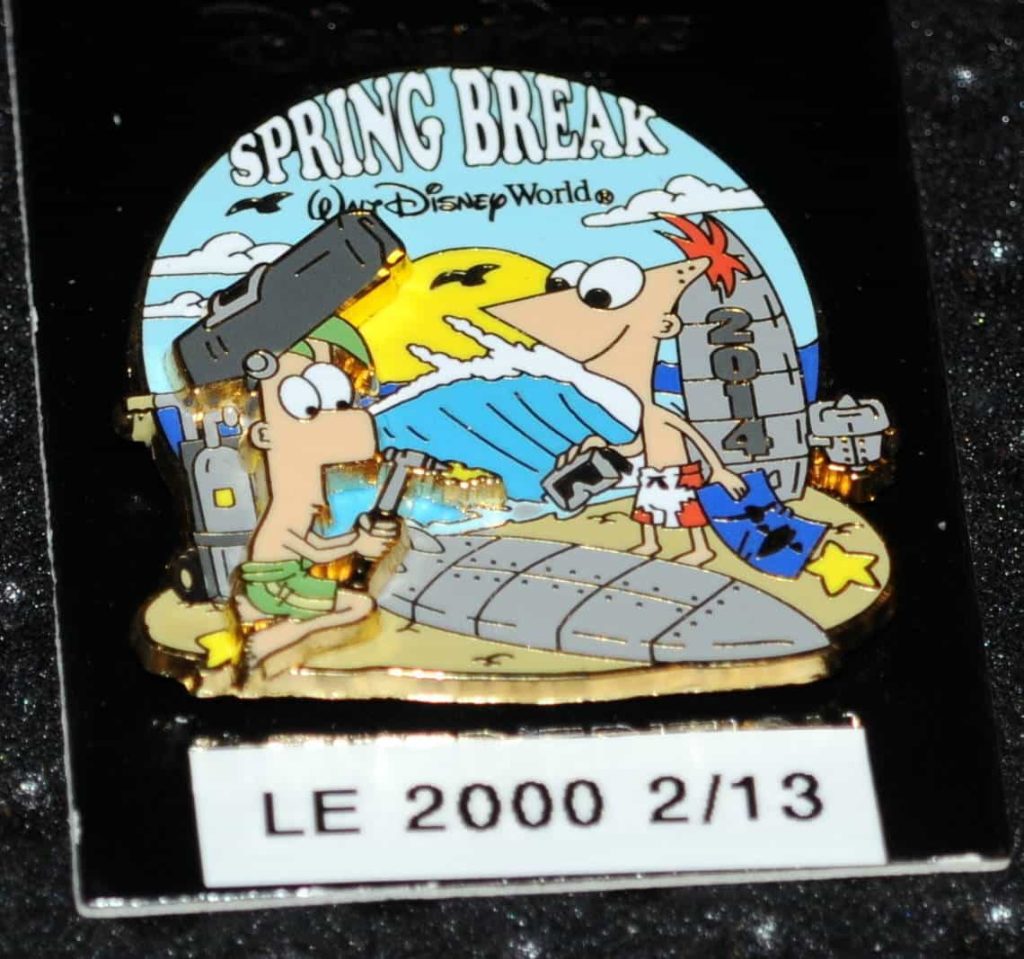 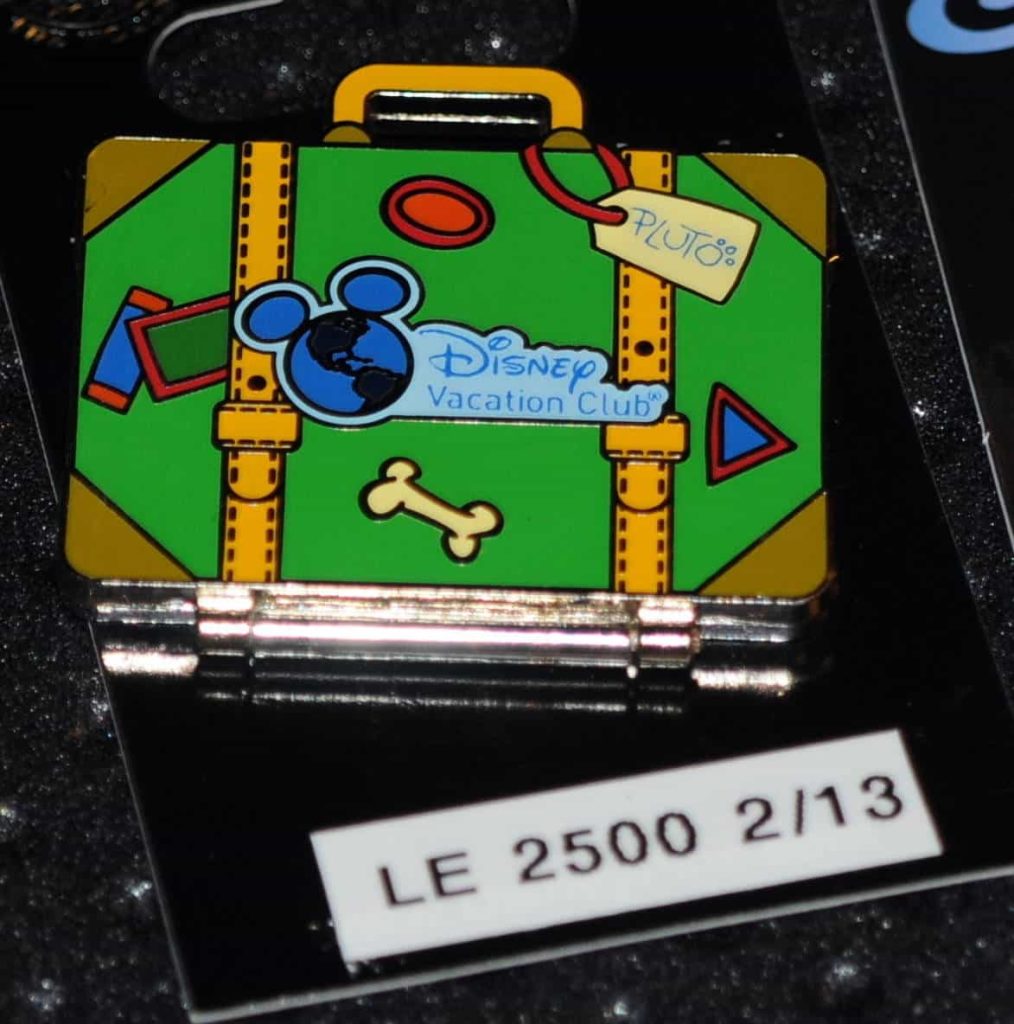 That DVC pin is the first in a series of character themed suitcase pins. They all hinge open to reveal the character on vacation. 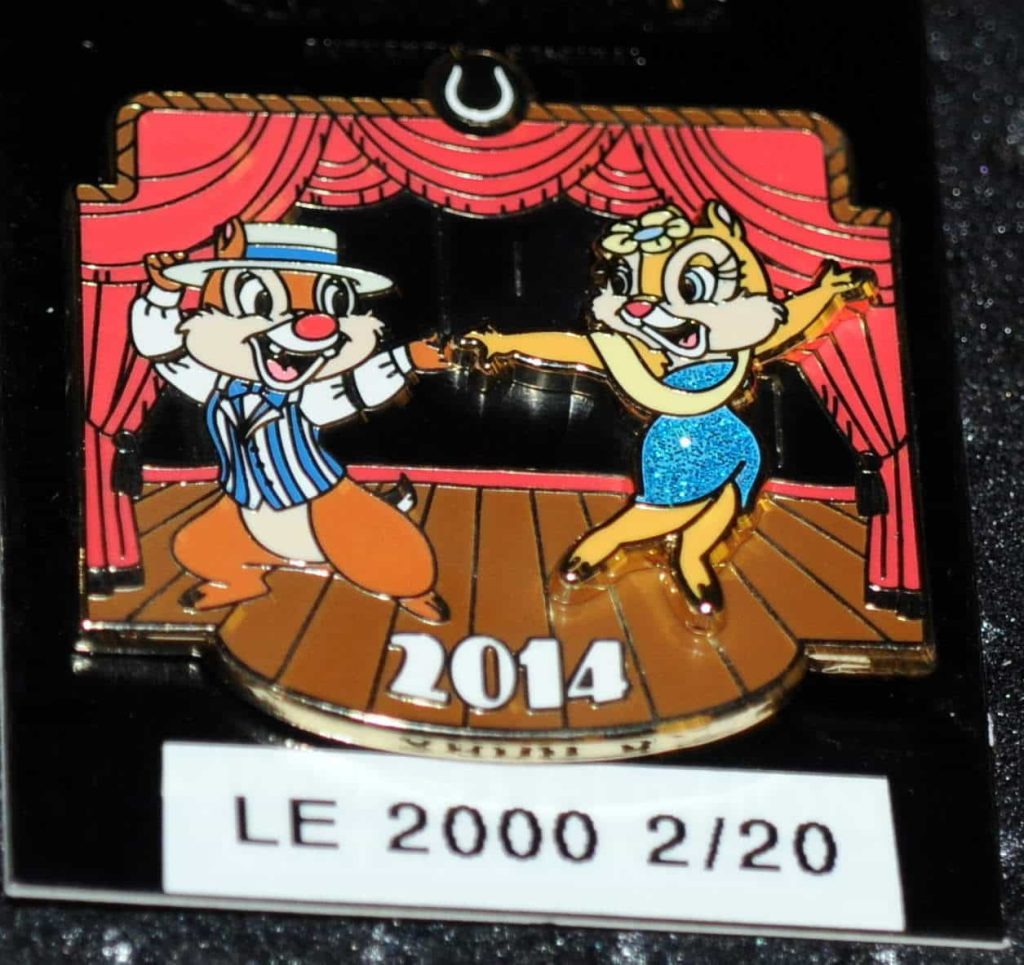 This pin celebrates Dapper Days, an unofficial fan event held at Disneyland each year. Last year, Disney released a pin for the event that was exclusive to DLR, this year, the pin will be released at both parks. I do absolutely adore the design. And I had to pick up last year’s too. It featured Mickey and Goofy as Dapper Dans. 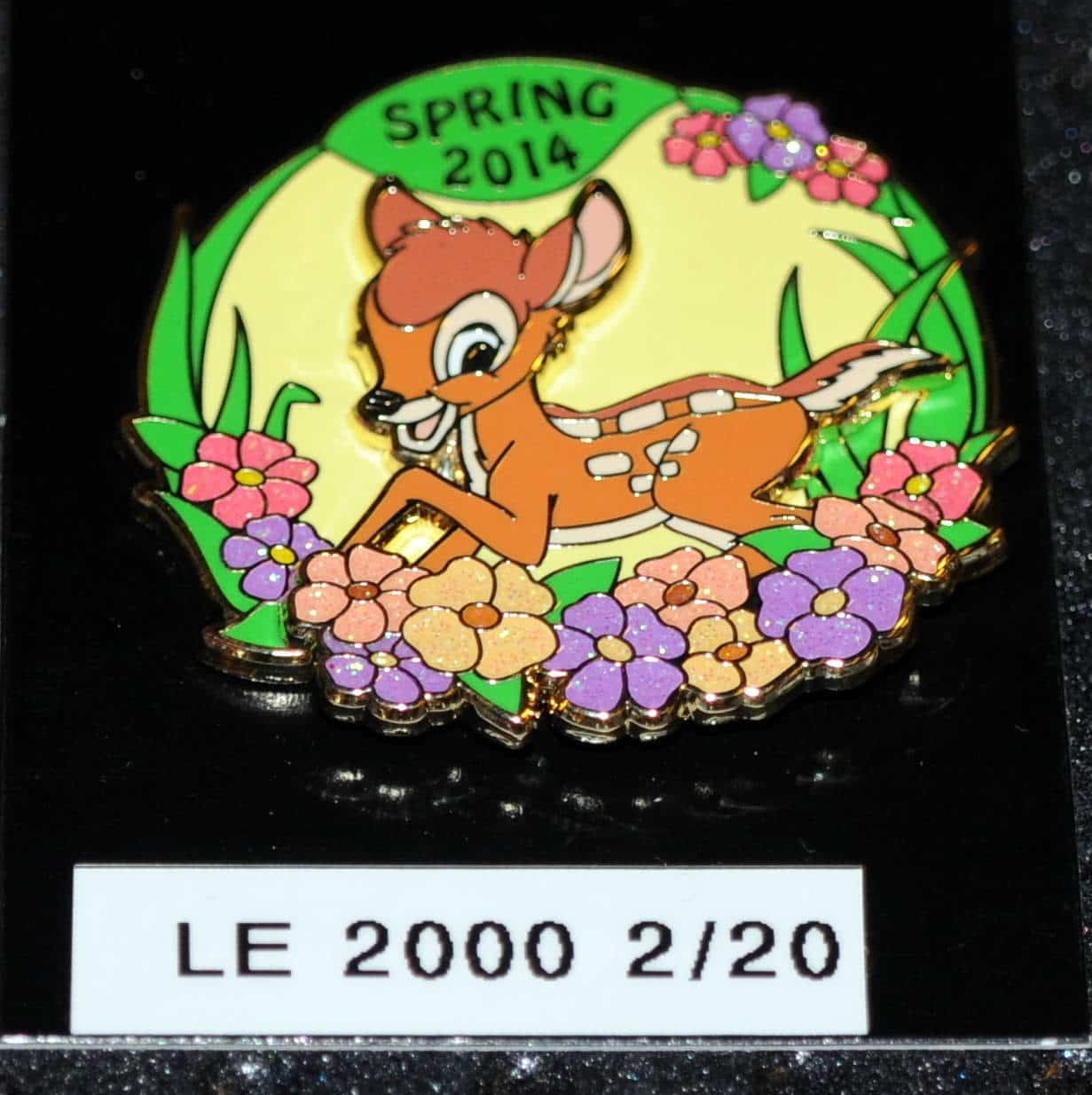 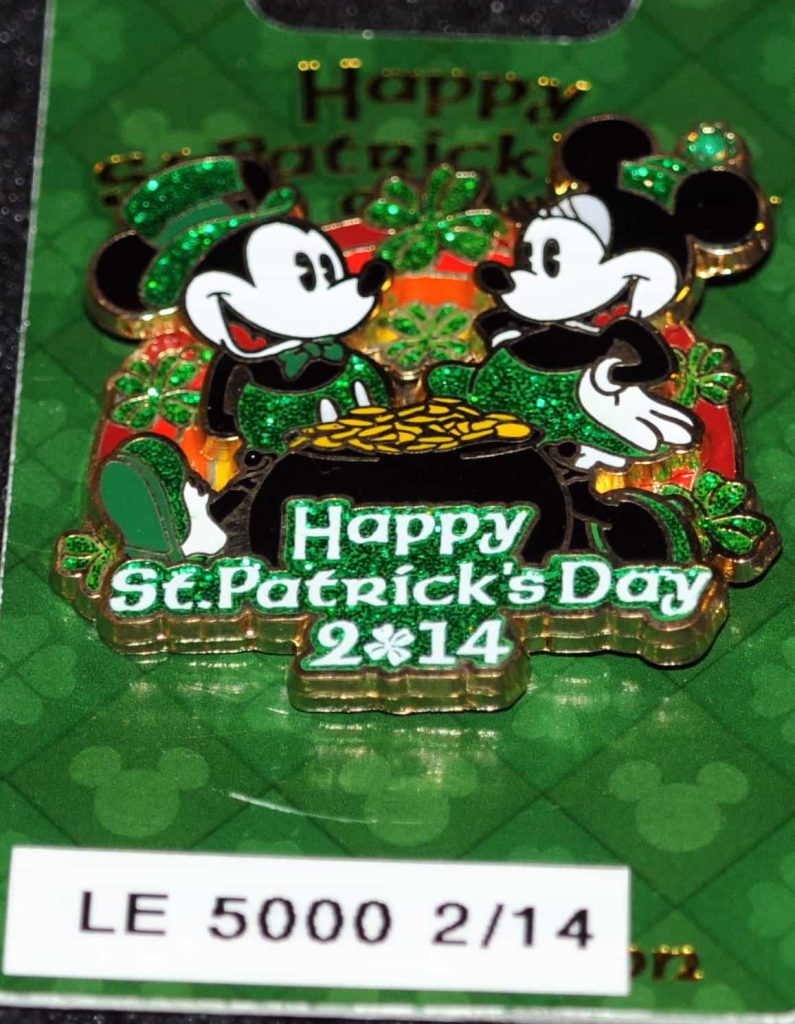 Next, is a look at some open edition pins.

In an exciting move, Disney is bringing some open edition pins previously exclusive to Disneyland Paris, to the states for release. 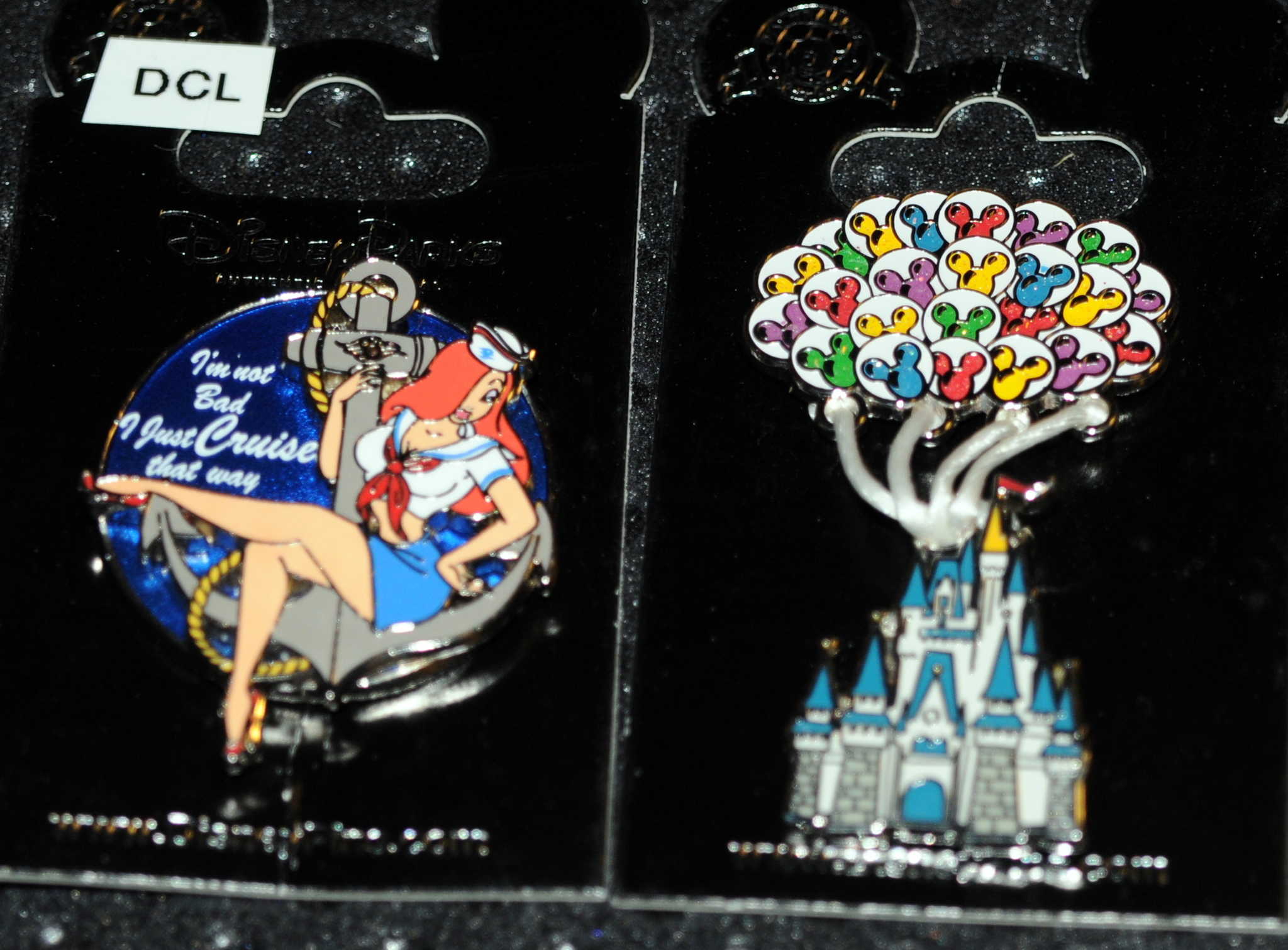 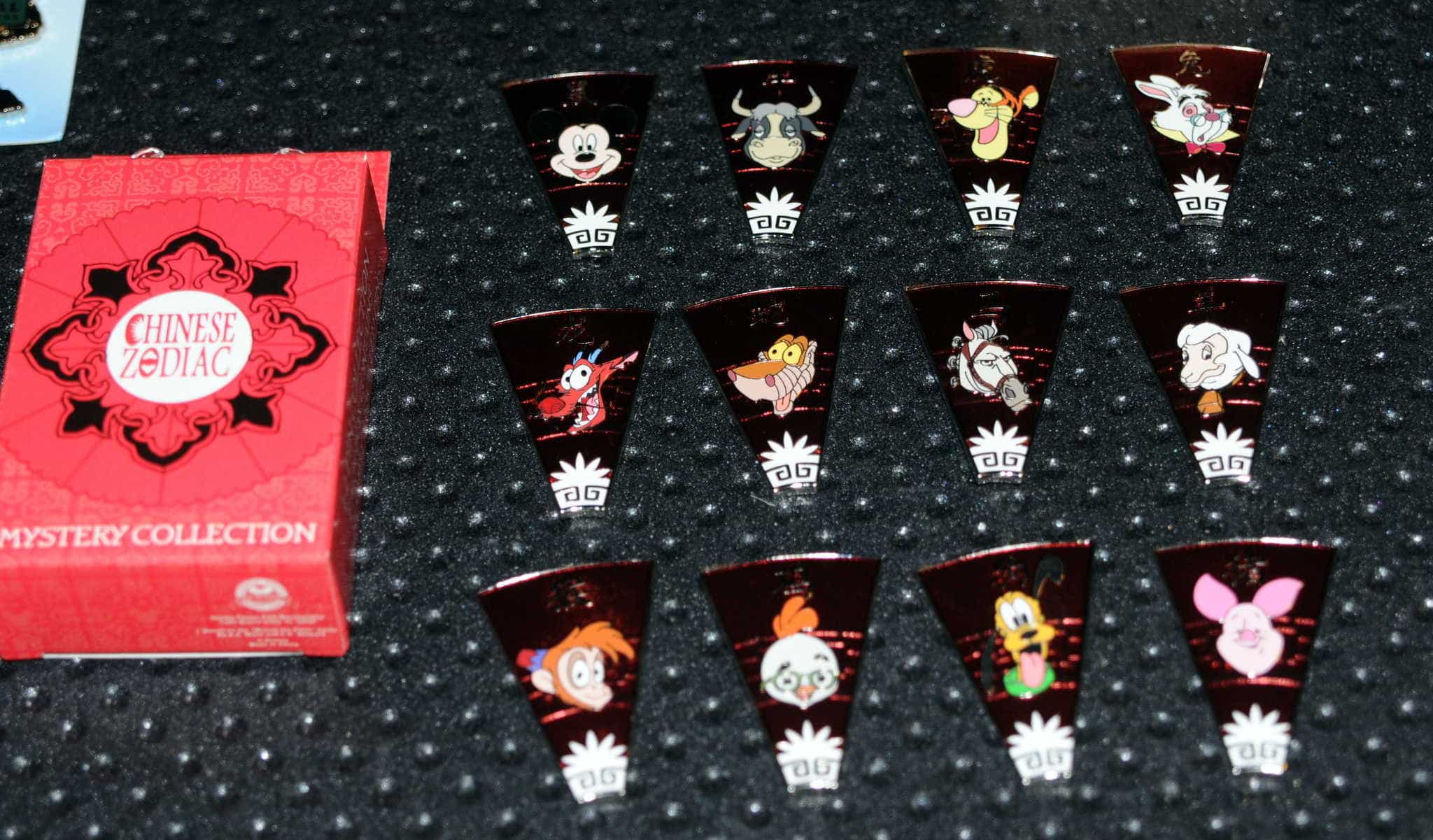 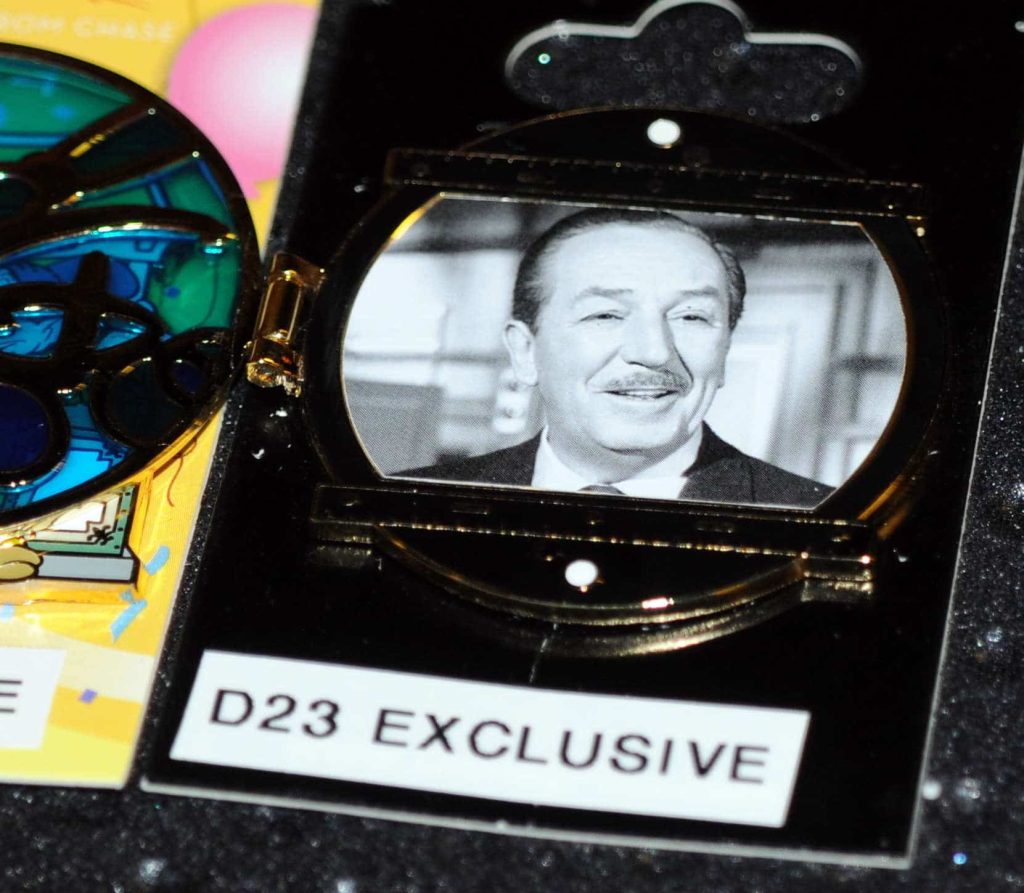 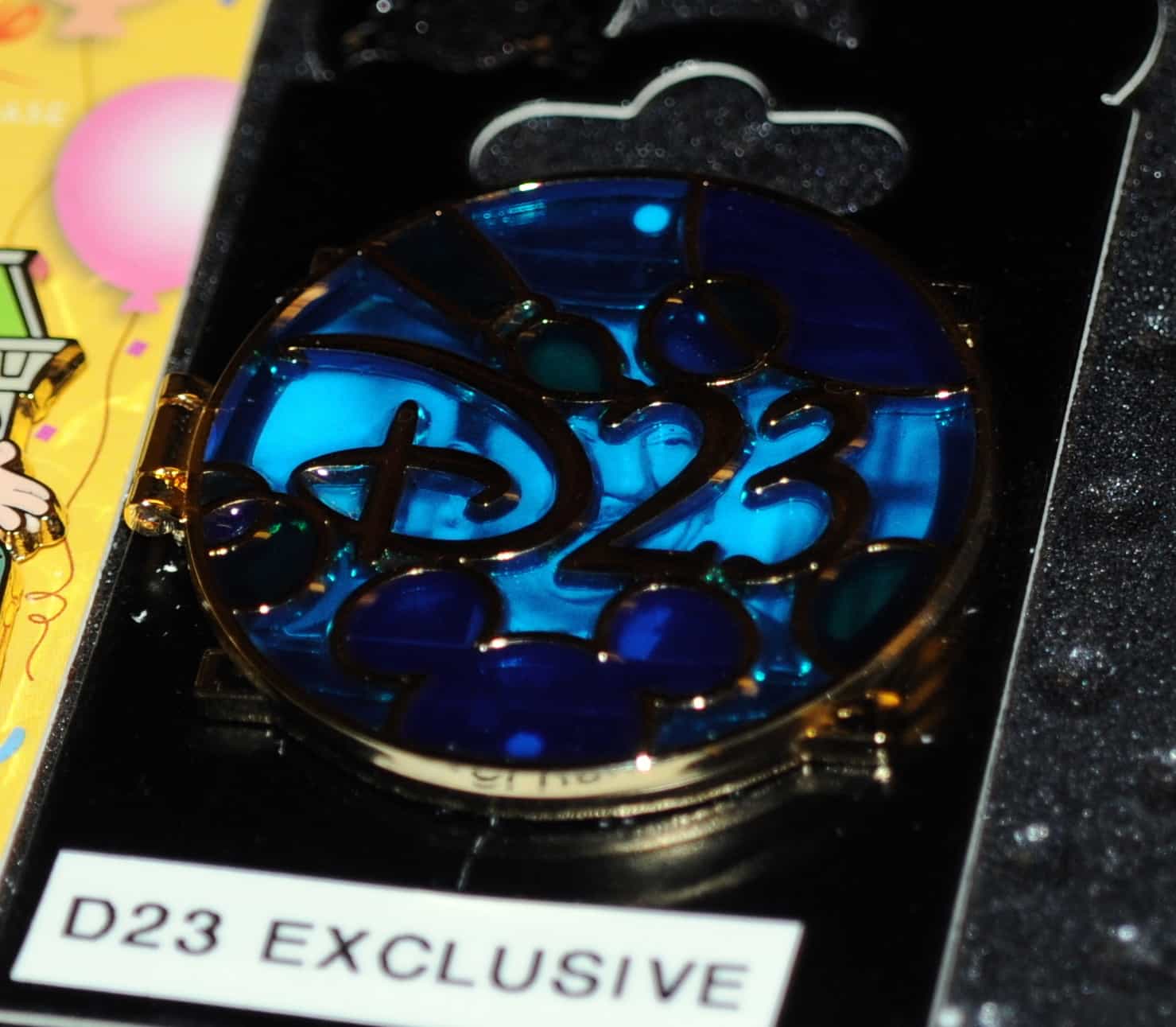 Lastly, just a couple updates about some pins that were not previewed, but are schedule for January. 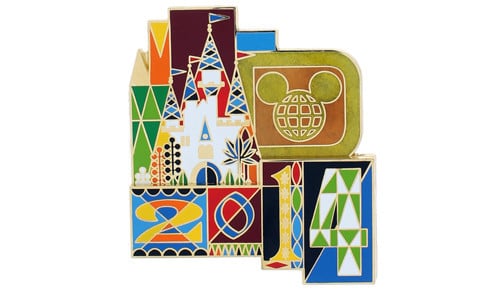 I love the 2014 dated artwork, inspired by Mary Blair. This is one of those semi jumbo pins. 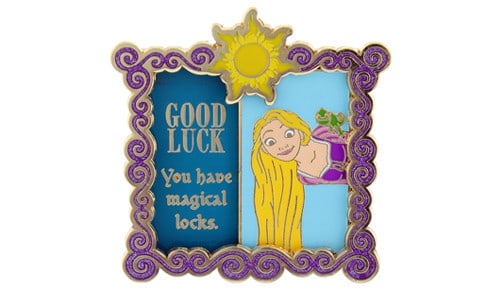 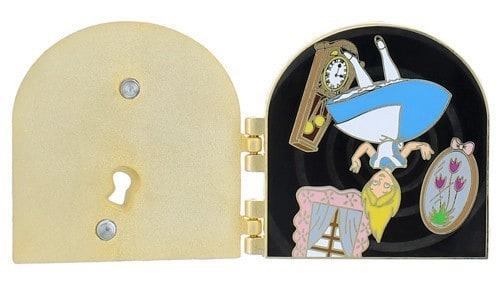 The anticipated WDW Keyhole series premieres on January 16th. Alice is the first in the quarterly series.