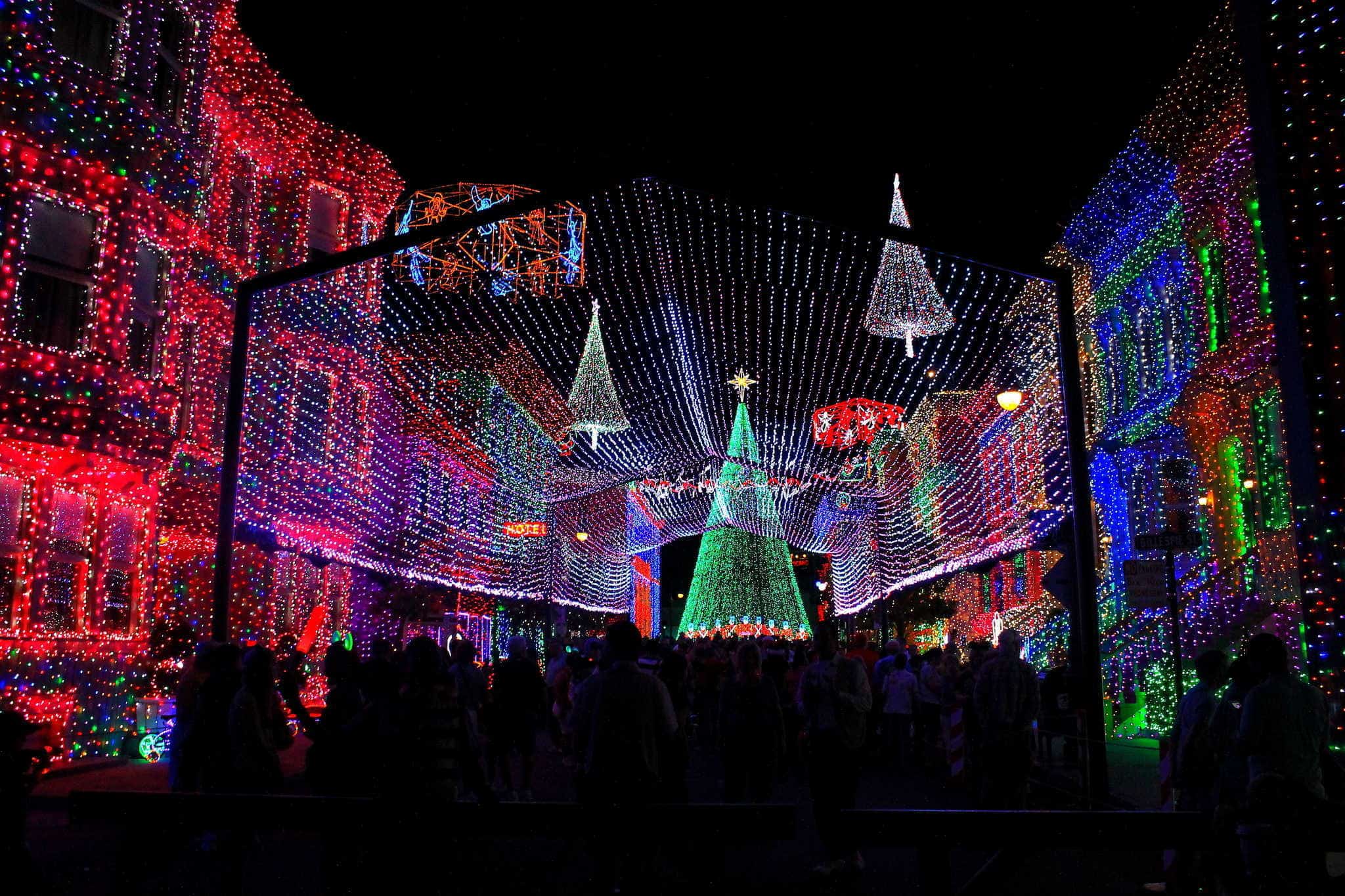 Disney’s Hollywood Studios has been the host of The Osborne Family Spectacle of Dancing Lights since 1995.  For nearly two decades, this unforgettable display has been one of Walt Disney World’s main attractions during the Christmas season.  Before making its mark on Disney history, the Osborne family light show caused a great deal of controversy in its origins of Little Rock, Arkansas. 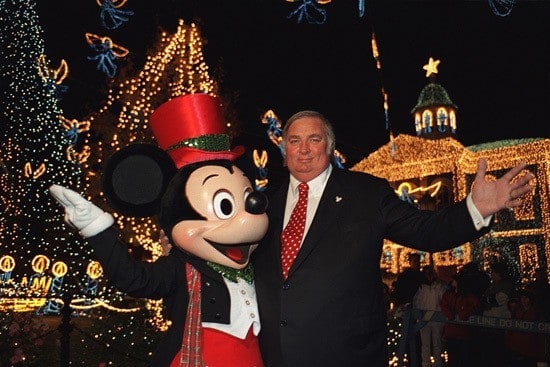 Abiding by the request of his daughter, Jennings Osborne decorated his home in 1,000 Christmas lights in 1986.  Year after year, Jennings Osborne and his family progressively increased their display, causing it to bring visitors from all areas of Arkansas.  By 1993, the Osbornes were using more than three million lights.  These not only covered their home, but also spanned both properties adjacent to their house which Jennings Osborne had purchased in order to intensify the spectacle.  Osborne showcased his Christmas lights and elaborate decorations, including two carousels of lights and a seventy foot tall Christmas tree of lights, for thirty-five consecutive days from the time of sunset until midnight.  The Osbornes lived on a very busy street of Little Rock and consequently the lights caused major traffic congestion, which led to many discontented neighbors and drivers.  This growing gripe against the Osbornes eventually turned into a lawsuit against the family, in which the Osbornes were not successful.  In the events to follow, the Osbornes’ light show was restricted to 15 days and reduced hours. Osbourne appealed to the Arkansas Supreme Court to overturn this ruling, but they refused.  The final chance for Jennings Osborne’s Christmas lights display to be unrestricted took place in an appeal to the United States Supreme Court in 1994.  One year later, the Supreme Court ruled that Osborne’s display was to be completely abolished.

Osborne received several offers from potential new hosts of the display.  It was not until he was contacted by Walt Disney World project director John Phelan that a deal was finalized.  Phelan communicated with Osborne’s attorney to arrange for the transfer of the rights to this production so it could be brought to life again in Walt Disney World.  The offer made by Phelan was for “The Osborne Family Spectacle of Lights” to be placed in (the now former) “Residential Street” of the Studios Backlot Tour in Disney’s Hollywood Studios (at the time, Disney-MGM Studios) by the Christmas season of 1995.  Osborne wrongly perceived this to be an offer from Disney to bring his display to a residential street of Orlando.  When this misunderstanding was addressed and clearly explained to Osborne, he gladly agreed to the offer.

In 2003, as Residential Street was beginning to be demolished to clear space for the incoming Lights, Motors, Action! Extreme Stunt Show, the new home for the Osborne Family Spectacle of Lights was set to be the Streets of America.  At the time of this transition, a new effect was added that is now regarded as a classic when visiting the Walt Disney World Resort in the Christmas season: a simulation of snowfall.  This winter scene is made possible through one-hundred gallons of fluid placed into thirty-three snow machines on a nightly basis.  Now consuming this large area of space, the spectacular was improved in 2006 by allowing the lights to be dimmed electronically.  By adding this feature, the lights are now able to “dance” choreographically to Christmas music by Trans-Siberian Orchestra, Elvis Presley and more. Hence the display’s current name: The Osborne Family Spectacle of Dancing Lights.

The most recent and notable change to this show took place in 2011.  For this year’s display, the lights were all changed to LED bulbs and ropelights, which gave a new aesthetically stunning appearance to the event.  Also, the large and notable “canopy” was improved to contain the three primary colors, red, blue, and green, in LEDs.  This gave the canopy 21,600 pixels, which can derive up to sixteen billion colors, therefore creating a form of video screen.

Bringing The Osborne Family Spectacle of Dancing Lights to such a large scale for millions to enjoy took quite some time and unexpected events.  Annually, this breathtaking event is made possible through extensive creative efforts and millions of lights.  Most importantly, it continues due to the appreciation of Disney’s Hollywood Studios’ guests who return during this season for this highlight of Walt Disney World’s Christmas spirit.  What may have originally been seen by the Osborne family as an end to their Christmas tradition was truly an outlet that preserves their legacy of lights.