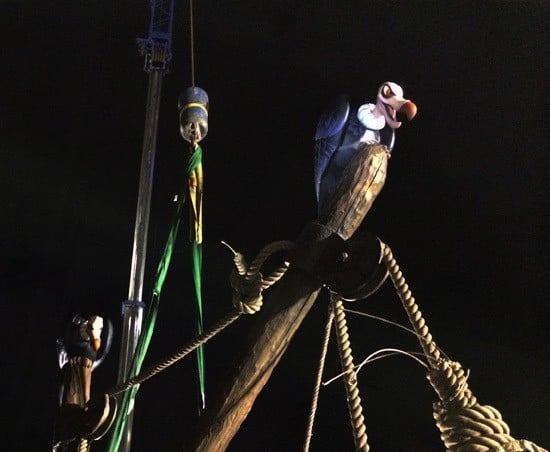 Walt Disney Imagineering recently reached another milestone in the construction of the Seven Dwarfs’ Mine Train attraction with the overnight addition of a few scenic elements guests will encounter at the top of the mine train’s first lift. When mine cars pull out of the load area, they’ll travel up the track to the top of the mountain, where a jib crane sits topped by two ominous vultures, the latter of which originally appeared in the park’s original Snow White’s Scary Adventures attraction. This is the last stop before the mine train’s cars plunge into a mine shaft. 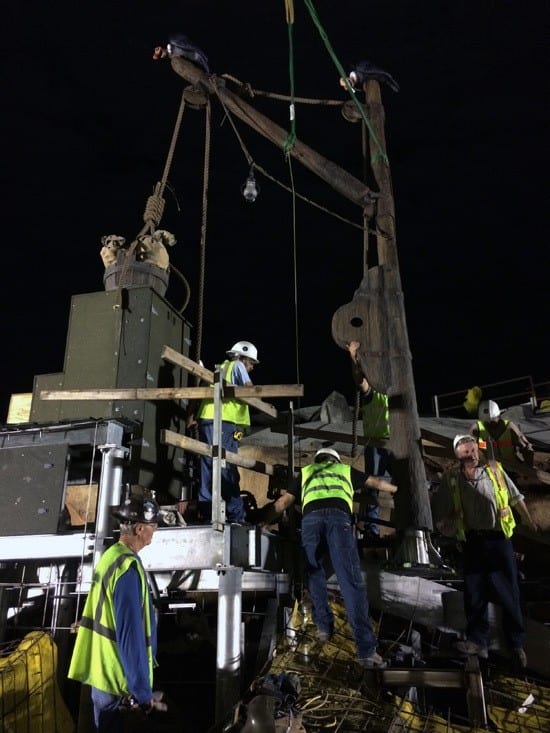 The lovable world of Sleepy, Doc, Grumpy, Bashful, Sneezy, Happy and Dopey comes to life in spring 2014 when the Seven Dwarfs Mine Train takes New Fantasyland guests on a rollicking, musical ride into the mine “where a million diamonds shine.” Inspired by the 1937 Disney animated film classic “Snow White and the Seven Dwarfs,” the fun starts as guests cross a stone bridge and walk through a beautiful forest with the Dwarfs’ cottage in the distance, leading to the entrance to the attraction — and immersion into the endearing story of the radiant and kindhearted Snow White and her forest friends led by the lovable Dwarfs.

After passing through an interactive pre-show area with fun activities themed to mining, guests will proceed to the mine train. Just like the iconic movie, surprises are in store! The family-style coaster will feature first-of-its-kind ride vehicles mounted in cradle-like pivots that allow the vehicles to swing back and forth during the ride. Adding to the fun, the journey will be accompanied by beloved music from the film classic and there’s a cast of animated figures of Snow White, the Seven Dwarfs and playful forest critters.