At WDWNT: The Magazine, we are always looking to deliver great content to our readers.  In many instances, we writers enjoy collaborating on a specific topic or theme. One very popular theme among Disney enthusiasts is the 1964 World’s Fair.  The genesis for many Disney parks’ attractions were conceptualized and realized at this World’s Fair.  This will be the first in what we at WDWNT: The Magazine hope will be an informative, enlightening, and entertaining look at how this single event would catapult decades of success at the world’s most visited theme parks. 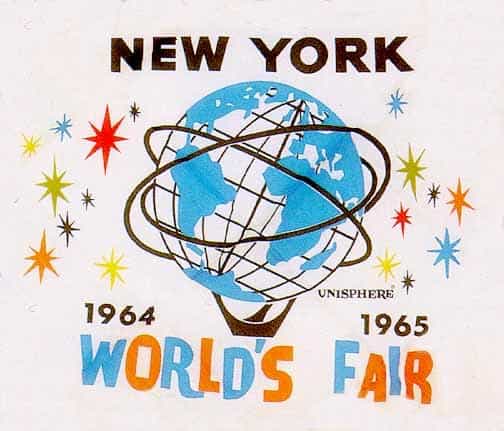 Well before the 1964 World’s Fair, the idea for “it’s a small world” played in the mind of Walt Disney. Disney’s vision saw children from around the world singing in harmony about peace. In 1960, Disney presented the idea of offering his services to the American corporations that would participate in the 1964 New York World’s Fair.  He knew that American corporations were looking for something new and innovative to present. With the success of Disneyland, Walt Disney was the perfect person to deliver on such a grand stage. Corporations hiring WED Enterprises (named for Walter Elias Disney and the precursor for Walt Disney Imagineering) to create and develop their pavilions would give Disney the financial security to create and develop his own theme park technology.  Sponsors like Ford, the state of Illinois, and General Electric would hire WED to design their pavilions and test new technologies such as audio animatronics and an omnimover. Walt Disney’s idea was to build and test several concepts and ride systems.  These ride systems would then be moved and reassembled in Disneyland after the fair closed in 1966.

Joan Crawford–Hollywood legend, longtime friend of Walt Disney, and widow of former Pepsi President Alfred Steele–believed Disney was the right person to design a pavilion and an attraction that would be suitable for Pepsi.  Pepsi executives went to California in 1963 to meet with Disneyland executives.  The Disneyland executives informed Pepsi that they would not be able to construct a pavilion in less than a year because of the challenges they had with the innovative designs of the other pavilions for the fair. When Walt Disney learned of this meeting, he declared that only he made the decisions on what could and could not be done.  He told Pepsi that he would complete the project for the fair.

In the UNICEF pavilion, sponsored by Pepsi, “it’s a small world” was to be presented as a gift to the children of the world. It featured the kinetic sculpture Tower of the Four Winds.  The sculpture was a 120-foot perpetually spinning mobile created by Rolly Crump. Marc Davis, who had his hand in several Disneyland attractions prior to this, created scenes and characters.  His design stood out but Walt Disney was not satisfied so he brought in Art Director and Disney legend Mary Blair.  Blair was charged with the attraction’s design.  Known for her whimsy in animated features like “Cinderella”, “Alice in Wonderland”, and “Peter Pan”, Blair would bring a signature color style that Walt Disney was looking for.  Marc Davis’ wife Alice designed the dolls’ costumes.  Blaine Gibson sculpted the dolls to bring them to life.  Although Pepsi executives did not like to first concepts presented to them, it was Joan Crawford that ordered that Pepsi would proceed with the Disney concepts.

“Children of the World” was the working title of the attraction.  Disney himself decided the attraction would be a boat ride, which he called “that happiest cruise that ever sailed.” He never called it “it’s a small world.” Disney also wanted all of the children to sing their national anthems. He wanted the attraction to be a pleasant experience for children of all ages “showcasing a wonderland where all the world’s children live and play.” During a press event at the Waldorf Hotel in the summer of 1963, Robert Moses (the man in charge of the World’s Fair) predicted “It’s a Small World” would be one of the most popular attractions at the fair. After the design was completed, a mock-up of the attraction was put together at the Disney studios in California. Disney showed the scale model to Robert and Richard Sherman, the Disney staff songwriters.  He told the Sherman brothers he needed one song that could be easily translated into many languages and played as a round.  The brothers wrote, “it’s a small world (after all)” in the wake of the Cuban Missile Crisis, with a message of peace and brotherhood. They originally wrote the song as a slow ballad. Disney requested something more cheerful, so the Shermans sped up the tempo and sang in counterpoint. Walt loved the number so much,  he decided to rename the attraction “it’s a small world.” It is argued that “it’s a small world” is the most performed and translated song on the planet. By the request of UNICEF, it is the only Disney song never to be copyrighted and continues to be a gift to the children of the world. 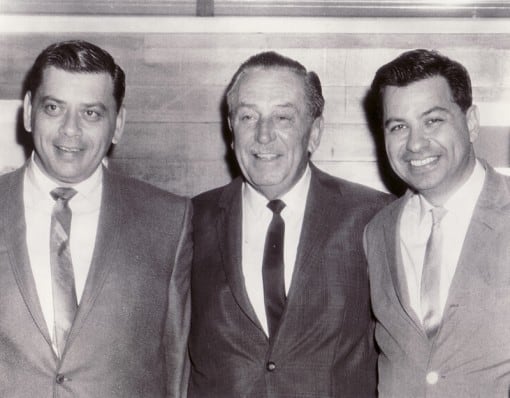 The dolls were all sculpted with the same identical shape. The dolls were known as “rubber heads” based on the  notation on Marc Davis’ drawings.  Paper mache and styrofoam were used to create props and scenes for the attraction.  These “temporary” props are still in existence in the Disneyland version to this day. It is estimated that a single animatronic doll opens and closes its mouth 1 million times in a month. 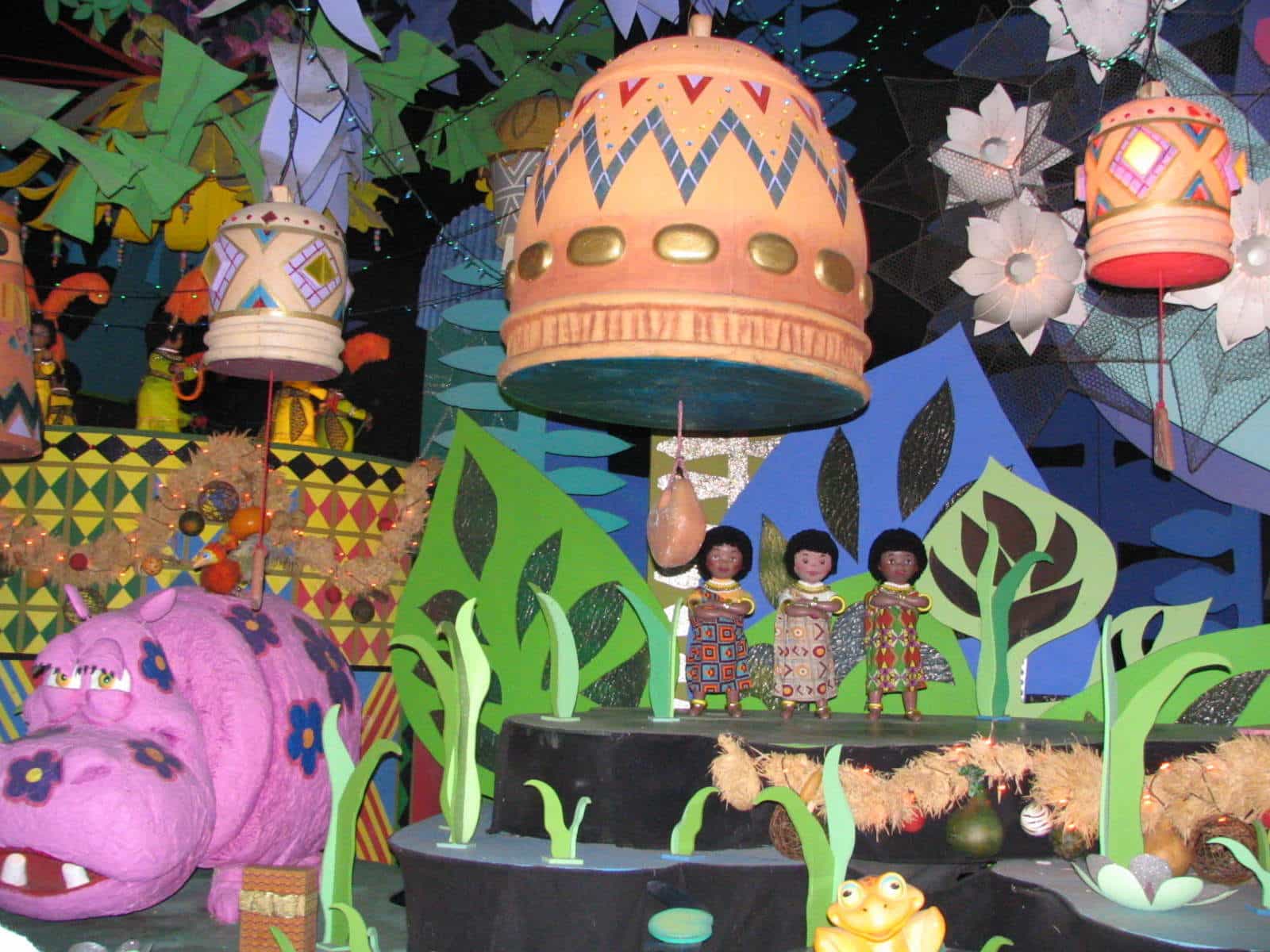 The attraction was a smashing success from opening day, April 22, 1964.  Walt Disney and WED Enterprises accomplished the impossible task of opening the attraction for the beginning of the fair.  Ten million $.60 and $.95 tickets for children and adults were sold over two half-year seasons, with all proceeds donated to UNICEF.  The capacity for the attraction was so large that when other pavilions had lines out the door, “it’s a small world” always had space available.  The “people eater” function would become a mainstay with Disney parks’ attractions for the next several generations. For example, “Pirates of the Caribbean” at Disneyland was originally sketched as a subterranean walk-through attraction, but those plans were immediately changed after the fair and concrete was broken so that similar boats could sail through the attraction. The 1964 World’s Fair was the first time that costumed Disney characters appeared outside of Disneyland. The characters proved to be so popular that they became permanent fixtures for the duration of the fair.  Another pavilion’s sponsor, Kodak, encouraged guest to take advantage of photo opportunities with the characters. 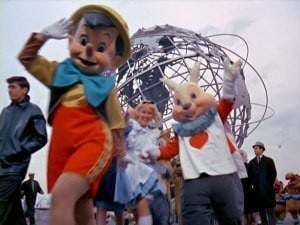 It was estimated that an astonishing 91% of all guests to the 1964 World’s Fair saw one of the Disney shows. Knowing what an impact Walt Disney and WED Enterprises had on the 1964 World’s Fair, we at WDWNT: The Magazine wanted to honor this “golden age” of Disney, especially as we approach the “golden” anniversary of this spectacular success.