Last night, Fantasmic! at Disney’s Hollywood Studios celebrated its 15th anniversary with the debut of “glow with the Show” Mouse Ears, an item that illuminates in different ways to interact with and become part of the show. These mouse ears first premiered at Disneyland Resort over a year ago and have been a mediocre success, selling few units while offering such an innovative concept. The hope in Florida is that tourists will be more open to the idea than the local crowd that visits the parks in Anaheim. 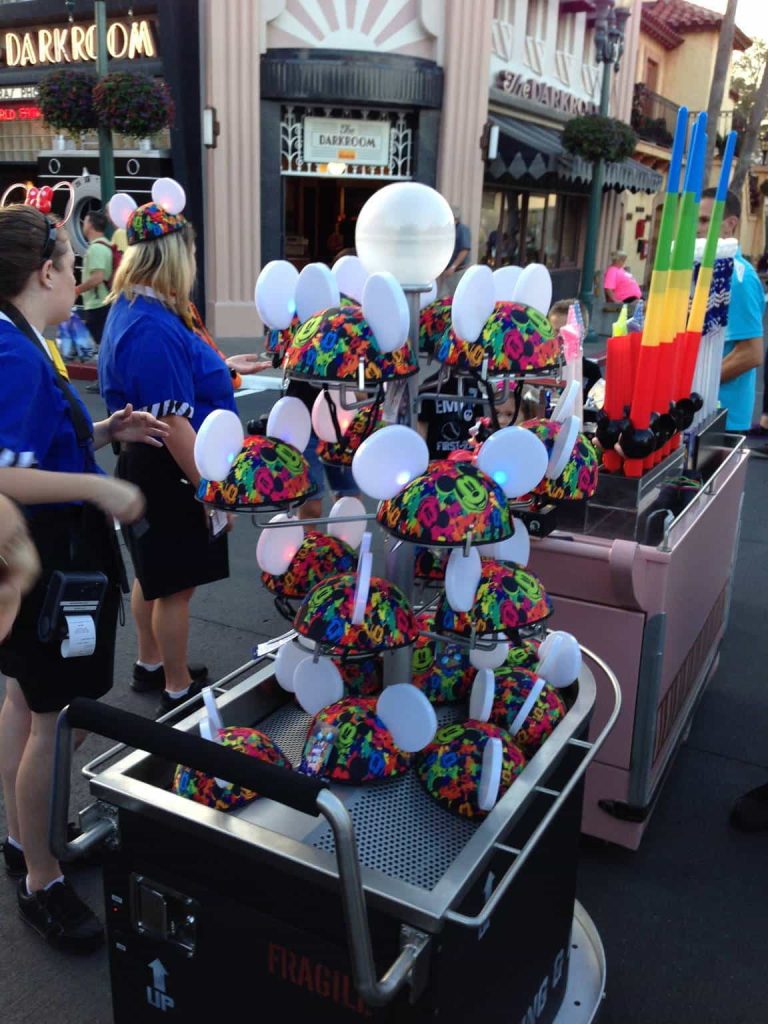 I’m not sure if this will be a regular thing, but there was a cart out full of Glow with the Show ears in the very front of the park as soon as we entered Disney’s Hollywood Studios last night… 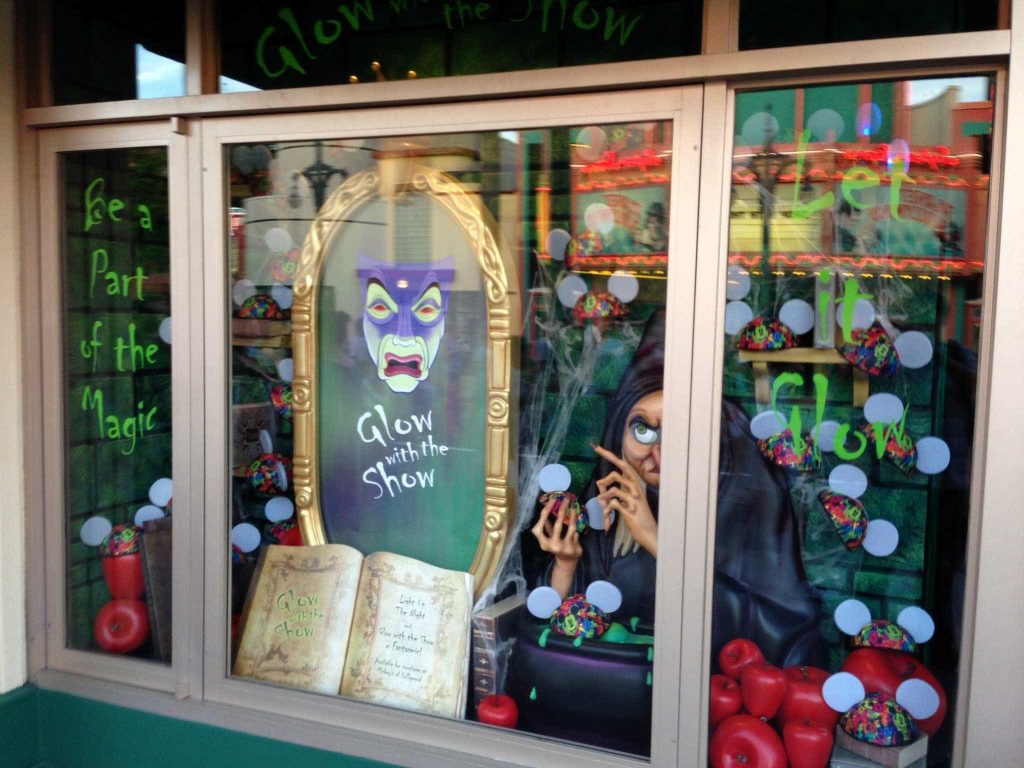 One thing is certain: They are trying really hard to make sure gusts know what “Glow the Show” is and that they go home with them. Window displays in the park featured the items and there were plenty of carts and trucks on the way to the Hollywood Hills Amphitheater selling the ears. 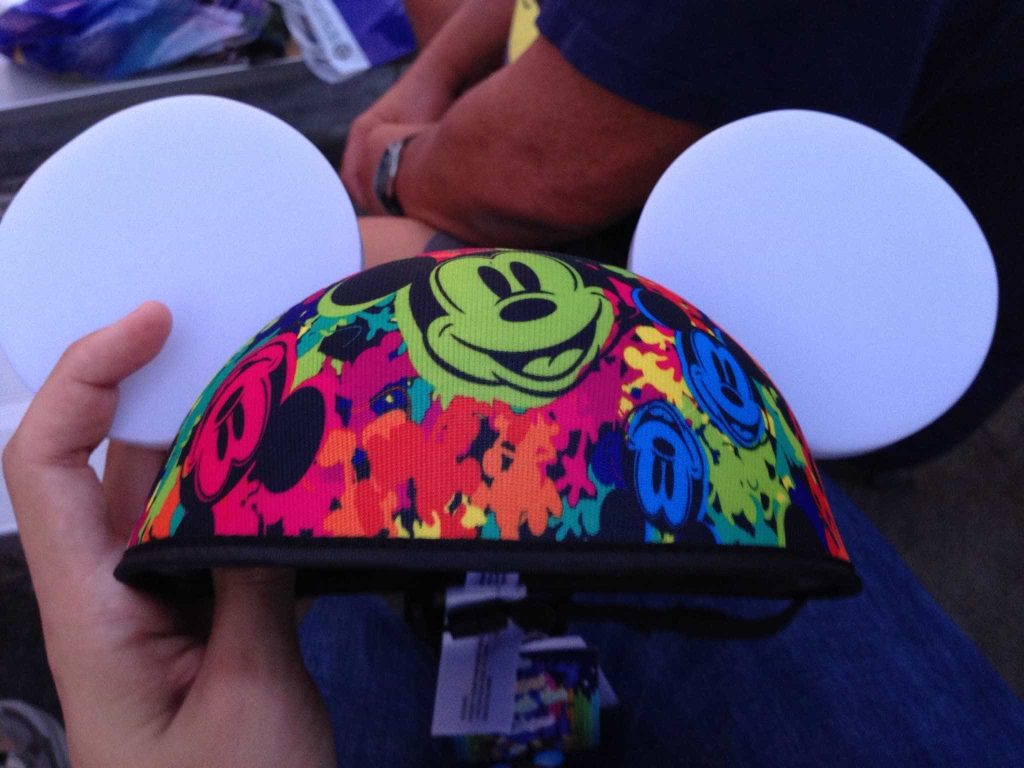 The ears themselves have been modified greatly from the ones you’ll find in California. The troublesome button on the outside of the ears was replaced with a switch on the inside, added cushioning makes the hat more comfortable and keeps it on, and new adjustable strap was a nice touch. Overall, they improved every issue I had with the ear hat in California. 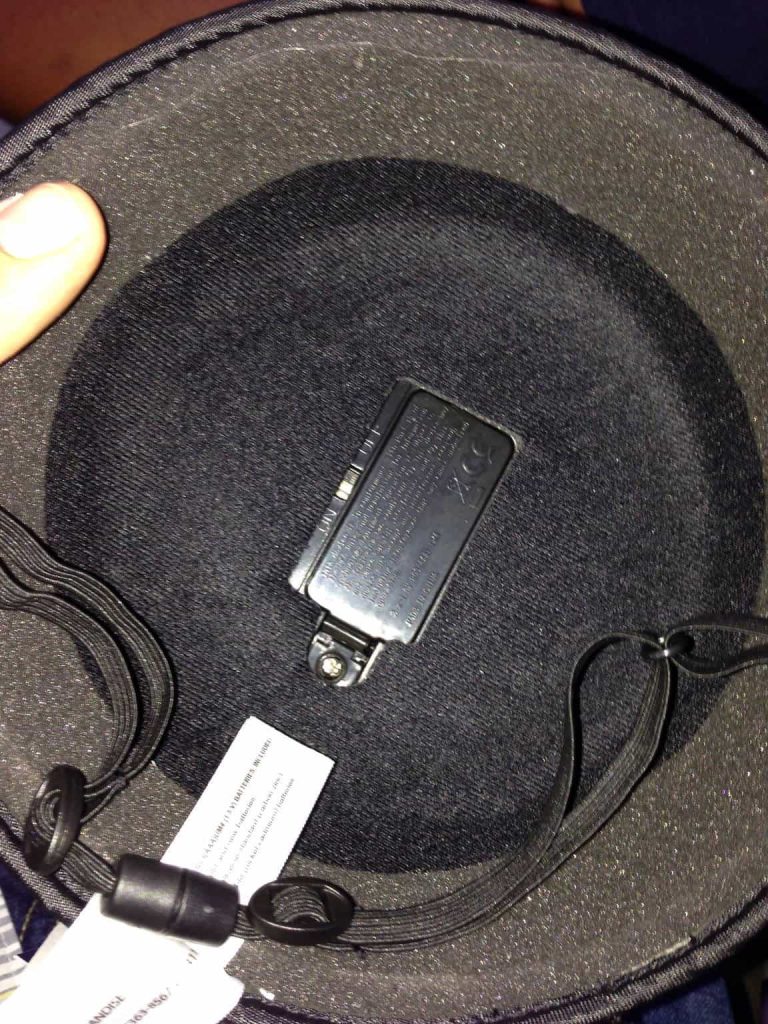 With tax, the hats are $25.00 still, a good value considering the price of your average ear hat at the parks.

As far as the usage of the ears in Fantasmic! last night, I was very pleased. I never felt like the technology was overused and when the effects were used, it really added something to the show. You can judge for yourself in our shorter highlight video or in our video of the ears through the full show:

As you can see, a fair amount of the crowd had Glow with the Show mouse ears. Now, the entire dining section of the amphitheater was given them for free, but I would estimate that 30-40% of the remaining crowd had purchased them. This is far beyond the response the ears have received at Disneyland, but probably still below the amount Disney would like.

It will be interesting to see as we move forward if guests embrace the technology here in Florida, especially when the ears debut at the Magic Kingdom on Saturday for Wishes! and Celebrate the Magic. Only time will tell.

So, what do you think? Are you going to buy these ears on your next trip?