If the AVATAR news for Disney’s Animal Kingdom from over the weekend wasn’t enough, Disney released a video from the D23 Expo in Japan featuring James Cameron and Joe Rhode talking about the project that shows some new concept art and a first look at some of the scenes from the Banshee attraction:

If you can’t see the video, here is the new nighttime concept art of guests entering Pandora:

Here are James Cameron and some Imagineers taking a pre-vis virtual ride on the Banshee attraction: 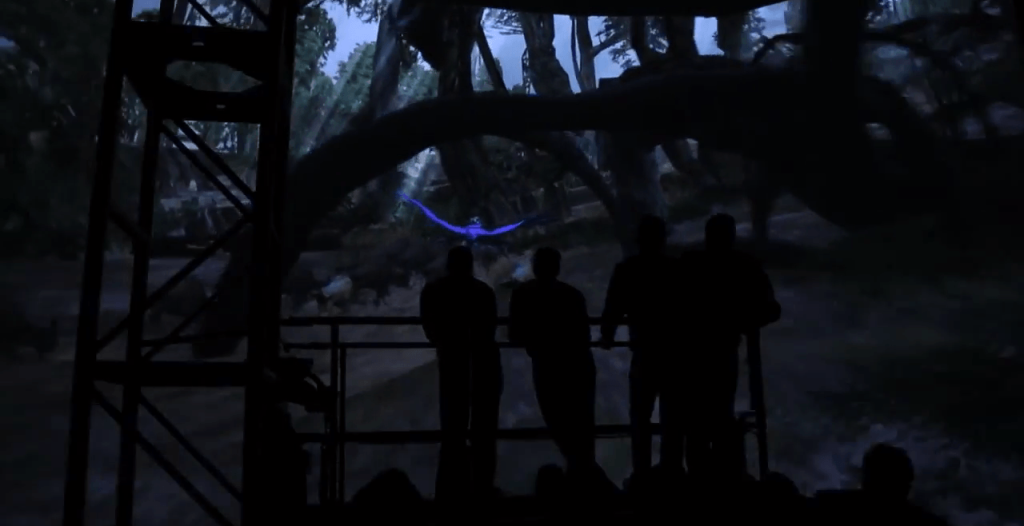 In the video, Imagineer Joe Rhode teases that there will be a lot of new technology used in the attractions to really make guests feel like they are in the film. Also, he remarks how guests will be able to interact with the “living” environment around the land outside of the ride-through attractions.

So, do these new details get you any more excited for AVATAR at Disney’s animal Kingdom?