Walt Disney World announced a new daytime parade for the Magic Kingdom several months ago, but today they are previewing two more floats from the parade: 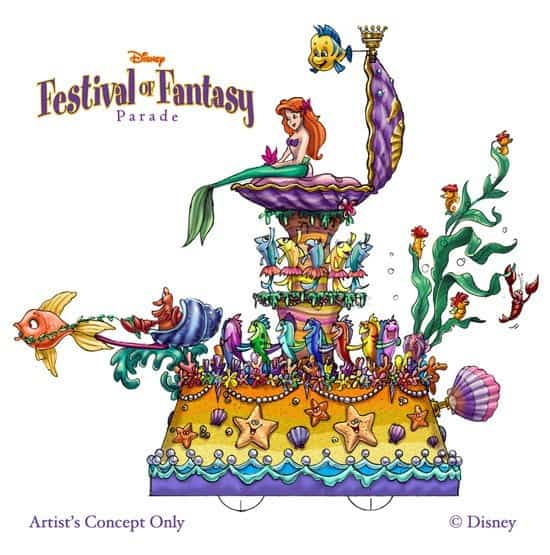 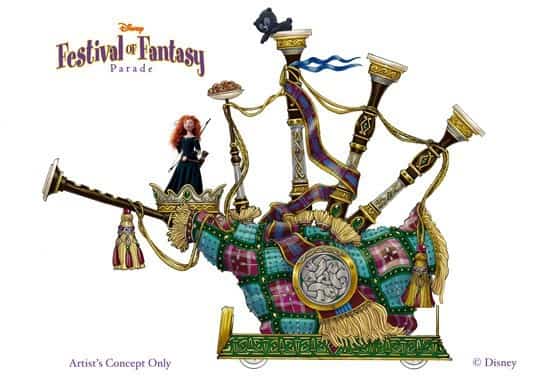 Also announced for the parade thus far is a Princess Royal Court Garden Float, the previously previewed Mickey and Minnie hot-air balloon, Rapunzel and Flynn Rider on a longship, and the Nerverland unit with Peter Pan, Captain Hook, Mr. Smee, Wendy, and Tinker Bell. The Sleeping Beauty, Dumbo, and Pinocchio units in the parade have still not been previewed to date. Festival of Fantasy is scheduled to debut at the Magic Kingdom in early 2014.

Also announced is that the Celebrate a Dream Come True Parade will return after Mickey’s Once Upon a Christmastime Parade for 4 final performances January 1st-4th, 2014. Until Festival of Fantasy premieres a few weeks later, there will be no 3PM parade at the Magic Kingdom, just the Move It! Shake It! Celebrate It! Street Party and Main Street Electrical Parade.