Cinderella, a timeless story dating back to 1697 and created by Charles Perrault, has taken one more step towards becoming a live-action Disney feature film. Principal photography on Walt Disney Pictures’ Cinderella began Monday, September 23, in London at Pinewood Studios. 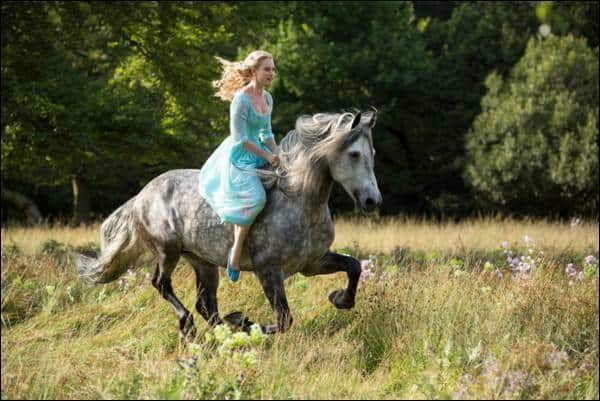 The live-action feature film is being directed by Kenneth Branagh, and stars Lily James as Cinderella, Richard Madden as the Prince, Cate Blanchett as Lady Tremaine, and Helena Bonham Carter as the Fairy Godmother. Holliday Grainger and Sophie McShera star as the stepsisters Anastasia and Drisella, respectively, Stellan Skarsgård and Nonso Anozie play the Arch Grand Duke and the Prince’s loyal friend, the Captain. Derek Jacobi portrays the King.

According to Director Kenneth Branagh, “It is impossible to think of Cinderella without thinking of Disney and the timeless images we’ve all grown up watching. And those classic moments are irresistible to a filmmaker. With Lily James we have found our perfect Cinderella. She combines knockout beauty with intelligence, with, fun and physical grace. Her Prince is being played by Richard Madden, a young actor with incredible power and charisma. He is funny, smart and sexy and a great match for Cinderella.”

The story will follow the traditional story of Cinderella familiar to fans of the Disney animated film.

Cinderella will be released through Walt Disney Studios Motion Pictures on March 13, 2015.