Meet Thor and See Treasures of Asgard in Innoventions at Disneyland

At Disneyland Park this summer, guests had the chance to virtually suit up at Tony Stark’s Hall of Armor, and recently we’ve learned that Captain America will appear at the Avengers Academy on the reimagined Disney Magic.

Well, here’s some more great news! Starting November 1st, we can experience more from the world of the Avengers, at Thor: Treasures of Asgard, in Innoventions at Disneyland Park! 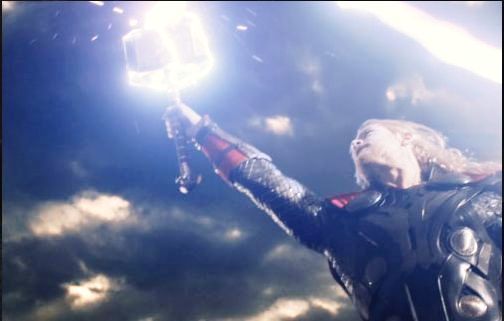 While doing research on the “Bifrost”, the bridge which allows Thor to travel amongs the Nine Realms, including Earth, Astrophysicist Jane Foster has found that the Bifrost will open again starting November 1st, precisely in Southern California at Innoventions at Disneyland Park. Because of this, a new exhibit is being installed, called Thor: Treasures of Asgard. Here you will be able to view a collection of objects brought to Earth from Asgard. Afterwards, you’ll have the opportunity to enter a chamber where you will be transported to Asgard via the Bifrost, where you can meet the mighty Avenger Thor!

And here’s a look at the latest on “Thor: The Dark World”, coming November 8th to theaters:

Video and images courtesy of the Walt Disney Company and Marvel.com