By now, you’ve probably heard from several other sites how “Unleash the Villains” at Disney’s Hollywood Studios was a disaster. Well, in my opinion, Friday the 13th at Walt Disney World turned out to be a huge success. Let’s look at the evening piece by piece…

First of all, Disney clearly spent money. A lot of money. The stage was re-decorated as Hades’ Hangout and it looked great, maybe even better than it does when it gets redressed for Star Wars Weekends where it sees a lot more use. 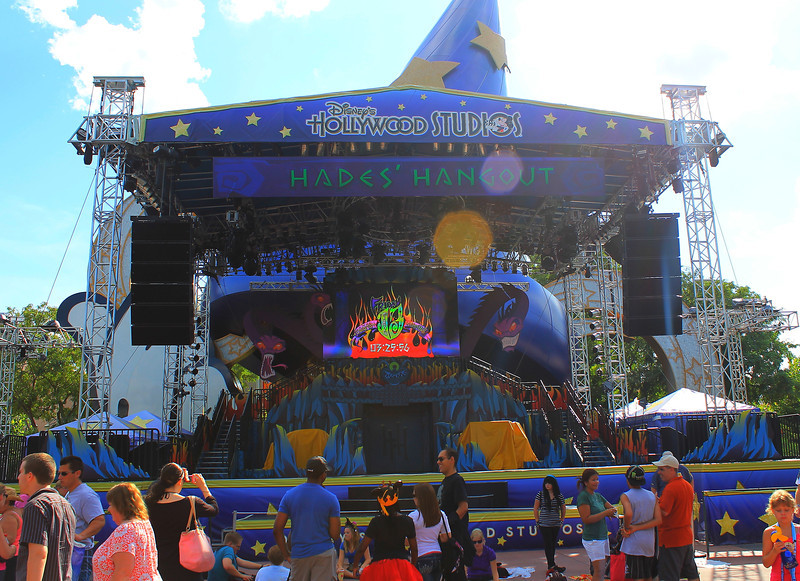 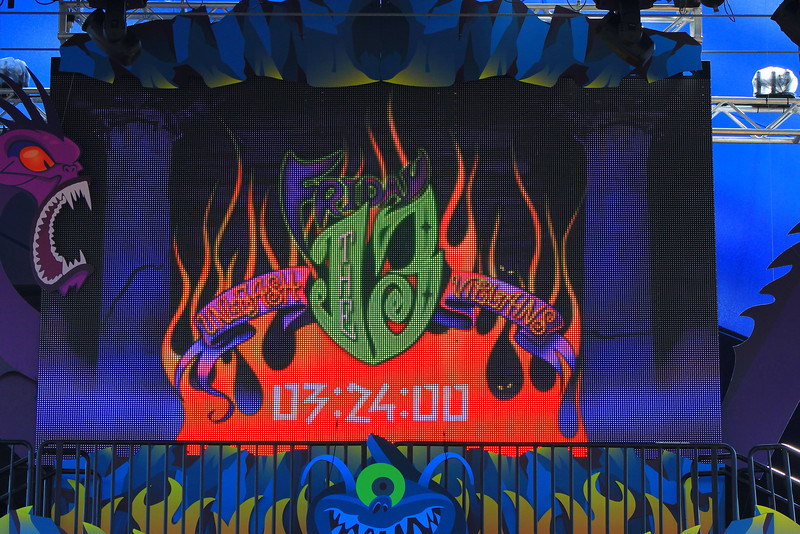 So, for those who deemed the night a complete failure, I have a theory. You probably left your residence around 6Pm and thought that would leave you enough time to enter the park before the event started. Well, there is your problem. Knowing that this event was announced several months ago and knowing how popular the Disney Villains are, it was clear the park was going to hit capacity sometime before 8PM. We arrived at Disney’s Hollywood studios around 3PM and there was already a small crowd gathering in front of the stage. We grabbed our spot dead center in a place where we could see both the stage and fireworks at 5:30PM. By 6PM, this was what was behind us… 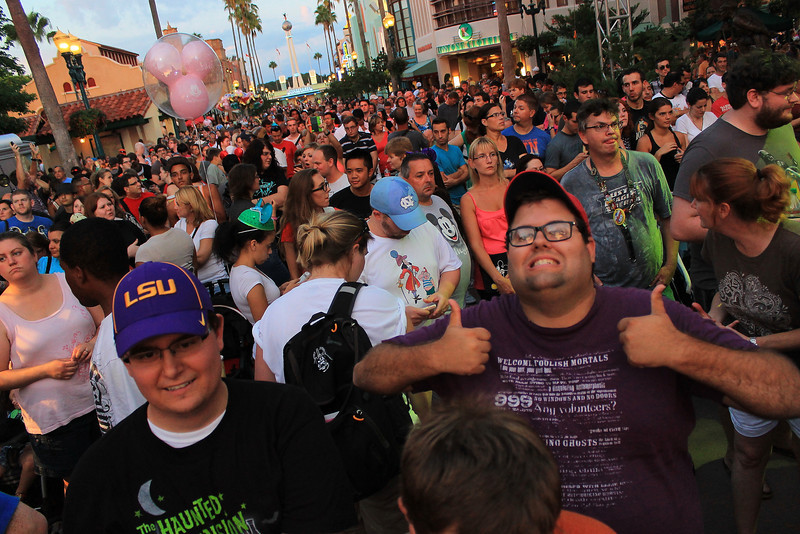 Clearly, most of the crowd consisted of  locals, cast members, or people in the know about Walt Disney World. Everyone thought they could just leave from work or whatever else they were doing during the day and still get a great spot and enjoy this event. They were very wrong.

The meet and greet lines began forming at 2Pm and by 6PM they were a complete disaster. This isn’t Disney’s fault, but it is a testament to how great of an idea this event was.

A lot has been said about the parking situation at Studios on Friday. Honestly, what did anyone expect? If everyone left at the same time and 35,000 tried to jam into any theme park parking lot at once, the results would be the same. There isn’t a parking lot on the face of the earth equipped to deal with this situation, especially not a park as small as DHS. Epcot has the most wonderfully designed parking lot on earth, but it is still a nightmare when everyone tries to leave after fireworks on New Year’s Eve or the 4th of July.

In the end, the only people to blame for any shortcomings on Friday are those who left at the last minute and expected to waltz into the park. No offense, but whenever an event like this happens, it is best to arrive early. I understand this is not an option for everyone who wanted to attend, but I feel like a majority of people who showed up probably could have arrived earlier in the day. The park was empty when I arrived at 3PM. It was packed by 6PM. I have never seen a park fill-in like this in my life. 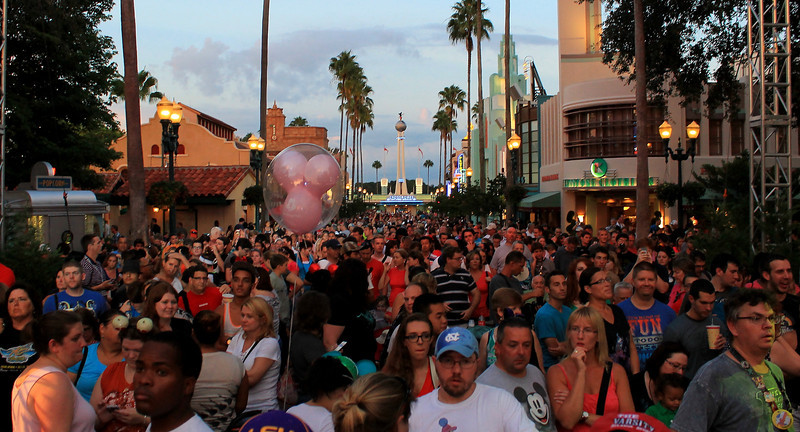 There were some crowd control issues that arose around 8PM, but again, they were not the fault of any Disney cast members. Some really horrible guests tried their best to stand in places they were not allowed to once all of the viewing areas around the stage had filled in. Cast members were pretty much forced to yell in their faces and threaten to call security before these individuals finally decided to move along and stop holding up the entire event.

A little after 8PM, Hades and Meg from Hercules took over hosting duties and introduced the 13 villains for the evening:

At this point, the rotating meet and greets began where guests could meet Oogie Boogie or Jafar, Maleficent or Bowler Hat Guy, and the Evil Queen or Shan Yu. The remaining villains appeared in the crowd during the music and dancing portion of the evening.

Instead of taking the luck of the draw, many guests in the long lines around Echo Lake would stand aside and let people go ahead of them until the Villain they wanted to meet would arrive. I usually would be pretty angry about this, but all of the guests seemed to agree to this, so while it is usually unacceptable, under the circumstances I think it was alright. Oogie Boogie from The Nightmare Before Christmas made his debut at the event and I can understand the excitement of meeting a new character, especially one of that level of popularity. 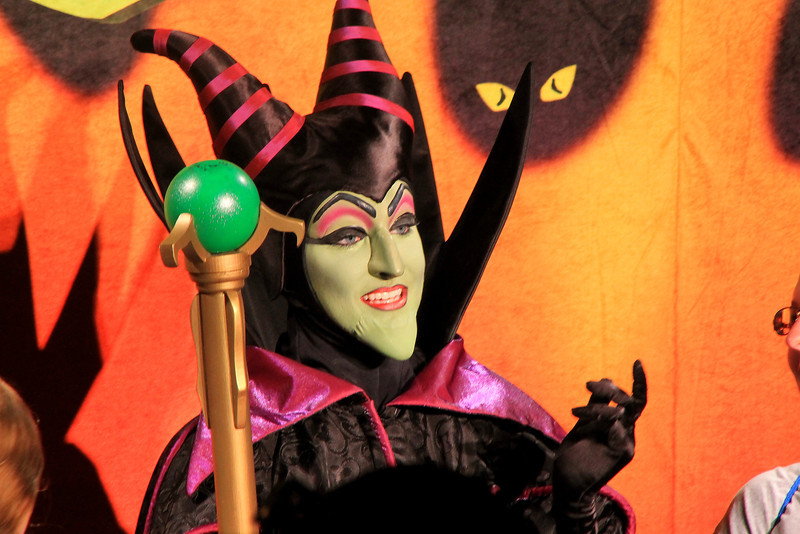 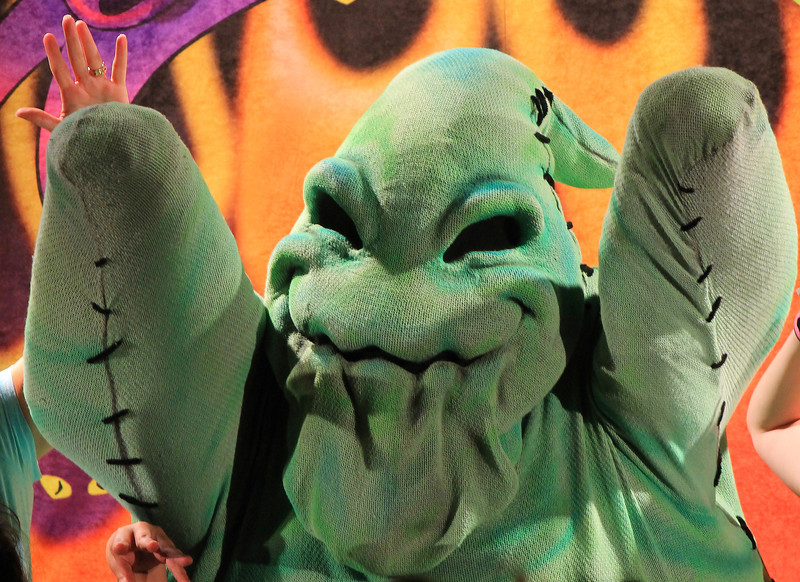 Meanwhile, back at the stage, DJ Iggnite and Bernie Burkette & Brimstone (otherwise known as Mulch, Sweat, and Shears) took turns performing and interacting with Hades, Meg, Pain and Panic:

All of the festivities paused for the Villainy in the Sky fireworks show at 11PM:

The fireworks were the highlight of the night. I have seen many a fireworks show in my time, and Villainy in the Sky has to be in my top 5 all-time. Hopefully the brand-new 9 minute show will be tweaked musically and return at some point in the future. 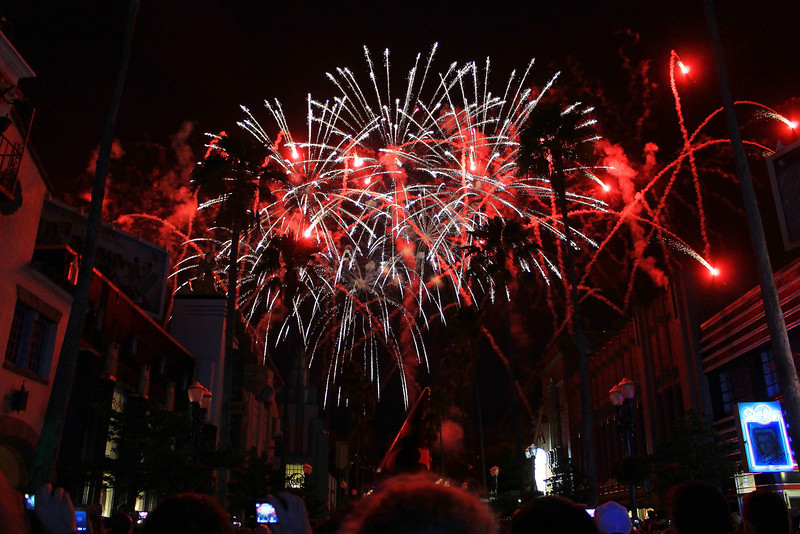 After fireworks, dancing and live music continued on stage and the meet and greets continued by Echo Lake until the park closed at 1AM. Leaving the park anytime after 12:00AM really wasn’t an issue.

In conclusion, if you think this event was anything but a success, you are quite mis-informed. I met plenty of people who waited hours to meet Oogie Boogie and after they did, they were so happy that it didn’t matter that they waited that long. People who came just to see fireworks were treated to a spectacular brand new show and felt as if it was worth the trip. The added musical performances and entertainment through the night were great and really filled in the event schedule nicely.

If you ask guests who attended this event if they would do it again, I think almost anyone who didn’t sit in hours of car traffic to get in will tell you “yes”. If rumors are true, you may very well get to see “Unleash the Villains” once more, perhaps even as a hard-ticket party at Disney’s Hollywood Studios starting in 2014…