Marine Colonel Jay R. Vargas was honored at the Disneyland Resort during the flag Retreat ceremony earlier this week. From the Disney Blog: 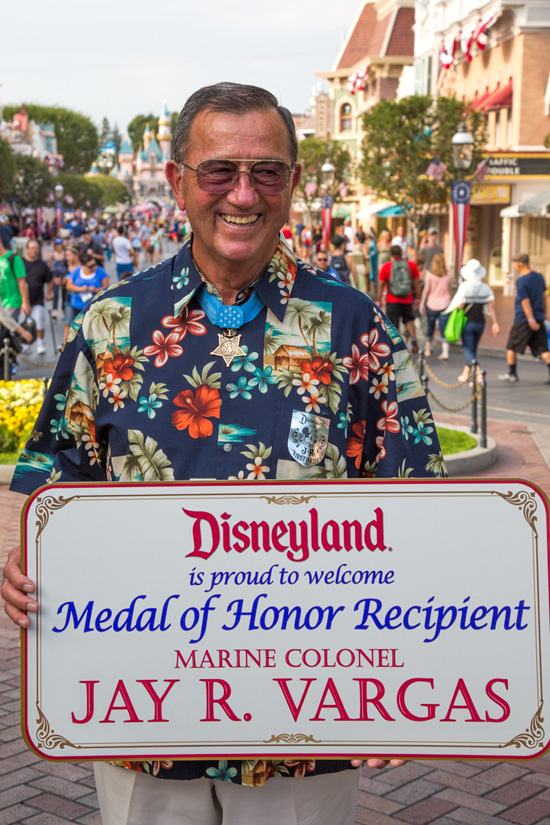 During the daily flag retreat ceremony at Disneyland park earlier this week, the Disneyland Resort honored retired Marine Col. Jay R. Vargas, who received the Medal of Honor from President Nixon in 1970 for his actions during the Vietnam War. The Medal of Honor is the highest military honor a service member can achieve in the U.S. Armed Forces. There currently are only 79 living recipients. 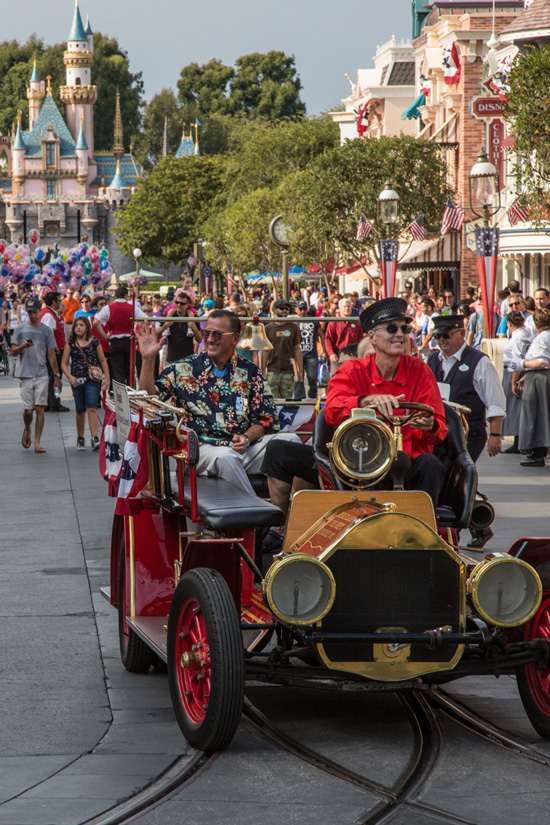 Vargas and his family drove down Main Street, U.S.A., in the Main Street Fire Engine before being led by theDisneyland Band into Town Square, where the colors were retired in honor of all members of the military. 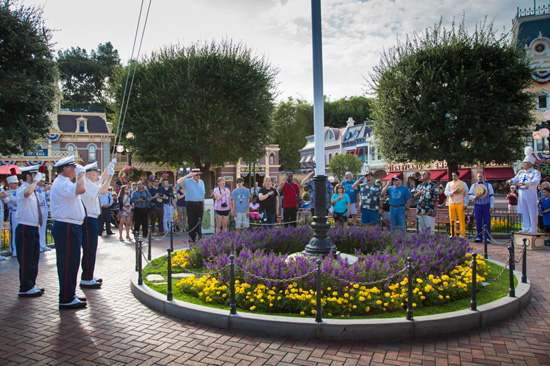 Vargas and his wife, Dottie, spent their honeymoon at the Disneyland Resort and were celebrating their 50th wedding anniversary! Have you seen or been a part of the flag retreat ceremony lately?

You can read Major Vargas’s Medal of Honor citation here:

For conspicuous gallantry and intrepidity at the risk of his life above and beyond the call of duty while serving as Commanding Officer, Company G, Second Battalion, Fourth Marines, Ninth Marine Amphibious Brigade in action against enemy forces in theRepublic of Vietnam from 30 April to 2 May 1968. On 1 May 1968, though suffering from wounds he had incurred while relocating his unit under heavy enemy fire the preceding day, Major (then Captain) Vargas combined Company G with two other companies and led his men in an attack on the fortified village of Dai Do. Exercising expert leadership, he maneuvered his Marines across 700 meters of open rice paddy while under intense enemy mortar, rocket and artillery fire and obtained a foothold in two hedgerows on the enemy perimeter, only to have elements of his company become pinned down by the intense enemy fire. Leading his reserve platoon to the aid of his beleaguered men, Major Vargas inspired his men to renew their relentless advance, while destroying a number of enemy bunkers. Again wounded by grenade fragments, he refused aid as he moved about the hazardous area reorganizing his unit into a strong defense perimeter at the edge of the village. Shortly after the objective was secured, the enemy commenced a series of counterattacks and probes which lasted throughout the night but were unsuccessful as the gallant defenders of Company G stood firm in their hard-won enclave. Reinforced the following morning, the Marines launched a renewed assault through Dai Do on the village of Dinh To, to which the enemy retaliated with a massive counterattack resulting in hand-to-hand combat. Major Vargas remained in the open, encouraging and rendering assistance to his Marines when he was hit for the third time in the three-day battle. Observing his battalion commander sustain a serious wound, he disregarded his excruciating pain, crossed the fire-swept area and carried his commander to a covered position, then resumed supervising and encouraging his men simultaneously assisting in organizing the battalion’s perimeter defense. His gallant actions uphold the highest traditions of the Marines Corps and the United States Naval Service.

A salute to Colonel Vargas and all military members, active duty and veterans.