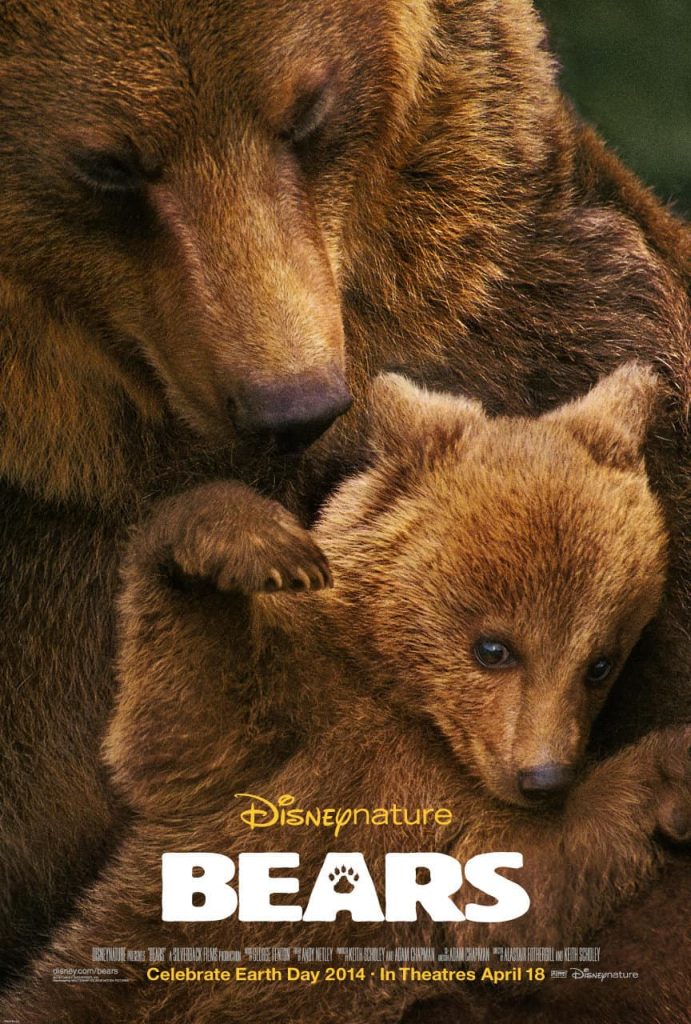 The fifth theatrical release for Disneynature, “Bears” captures all the excitement and true life adventure and suspense of life in the Alaskan wilderness. You will find this story breathtaking, as you follow a year in the life of a bear family, with two young cubs learning the most important lessons in life. From hybernation, bitter cold, the threat of avalanches, and foraging for food, all while trying to keep a safe distance from savage predators, “Bears” will have you on the edge of your seat, rooting for their survival.

Disneynature has thus far produced four of the top five highest grossing feature-length nature films of all time, and joins Walt Disney’s 13 True Life Adventure motion pictures, which earned him eight Academy Awards®.  “Bears” is directed by Alastair Fothergill and Keith Scholey, and will arrive in US theaters on April 18, 2014, in celebration of Earth Day. If you choose to see “Bears” during its opening week (April 18-24, 2014), Disneynature, via the Disney Worldwide Conservation Fund, will make a contribution to the National Park Foundation, the official charity of America’s national parks, to protect wildlife and wild places across America’s national park system.