Attendees of the Walt Disney Studios Live-Action Presentation at the D23 Expo were treated with more details about some of Disney’s most anticipated films of the next two years. Here were some of the highlights:

Stars Natalie Portman, Tom Hiddleston, and Anthony Hopkins were on hand to talk about their film, Marvel’s “Thor: The Dark World” (a follow-up to 2011’s “Thor”). 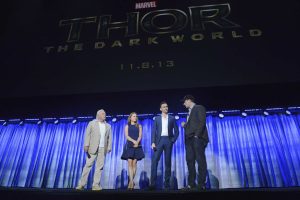 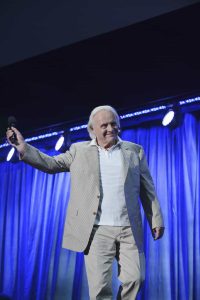 In the new film, releasing November 8, 2013, Thor will battle to save Earth and all the Nine Realms on “his most perilous and personal journey yet.” 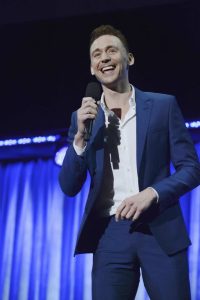 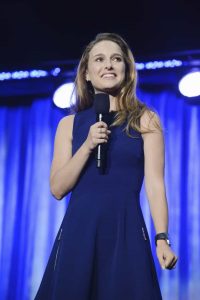 Another film (another sequel, in fact) from the Marvel universe, “Captain America: The Winter Soldier,” also saw some its stars grace the stage. The film’s lead, Chris Evans, along with Anthony Mackie (who plays Sam Wilson, “The Falcon”), excited the audience with a few exclusive clips from the movie. 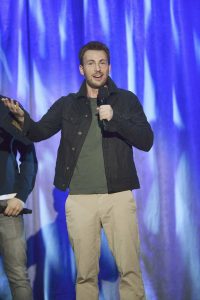 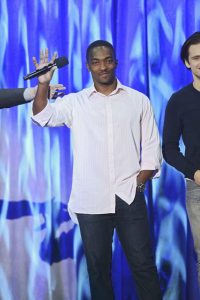 “Captain America: The Winter Soldier” will take place after the events in Marvel’s “The Avengers” and will release on April 4, 2014.

D23 attendees were treated to a clip from the upcoming epic space adventure Marvel’s “Guardians of the Galaxy,” which began production this summer and will be released around August of 2014. The film, starring Chris Pratt, Zoe Saldana, Dave Bautista, Lee Pace, Michael Rooker, Karen Gillan, Djimon Hounsou, Benicio del Toro, John C. Reilly, and Glenn Close, is based on a Marvel comic that first released in 1969, 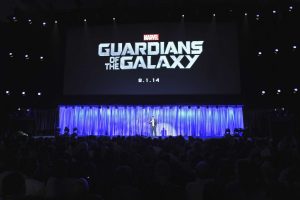 Disney’s “Muppets Most Wanted” was promoted by its leading man Ty Burrell (“Modern Family”). The actor, who portrays French Interpol agent Jean Pierre Napoleon in the film, made a grand entrance in Le Maxium, a tiny European car. 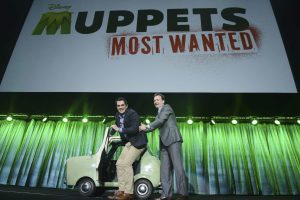 The film is set to release March 21, 2014, and will follow the Muppets overseas as they get entangled in an international crime caper headed by Constantine, who is the spitting image of Kermit the Frog. D23 attendees were shown a clip in which Kermit is placed in jail and his imposter takes over “The Muppet Show.” 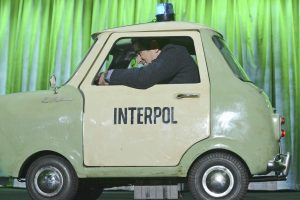 Oscar-winning actress Angelina Jolie was at the event to talk about her upcoming film “Maleficent,” based on the villain in Disney’s “Sleeping Beauty.” The movie opens July 2, 2014, and, along with Jolie, stars Sharlto Copley, Elle Fanning, Sam Riley, Imelda Staunton, Miranda Richardson, Juno Temple, and Lesley Manville. 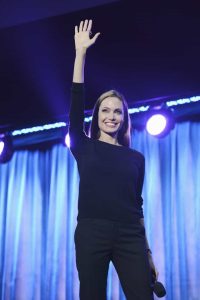 “Maleficent” will tell the classic tale through the title character’s eyes, revealing why she became evil after the king betrayed her. Jolie said about the movie’s production, “My character was so scary that children on set would scream when I approached them.” 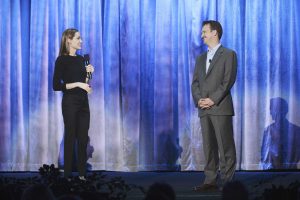 The 2014 film Disney’s “Tomorrowland” has been the subject of much discussion and theorizing over the last few months, and producers Brad Bird and Damon Lindelof were present to talk about their inspiration behind the film, though they remained coy regarding specifics. The film will star George Clooney. 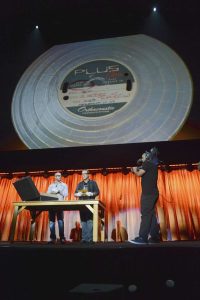 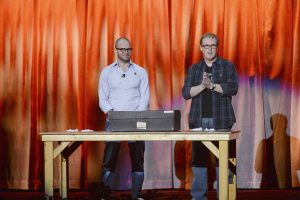 Jason Schwartzman and B. J. Novak came onstage to talk about the highly anticipated film Disney’s “Saving Mr. Banks,” which tells the backstory of how Disney’s classic “Mary Poppins” made it to the screen. In the film, Schwartzman and Novak play the Sherman brothers, who wrote the music for “Mary Poppins.” 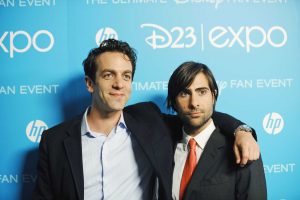 As part of the presentation, the two actors engaged the crowd in a rousing, confetti-filled, grand finale sing-along performance of “Let’s Go Fly a Kite,” during which Richard Sherman himself appeared onstage to join them in song. 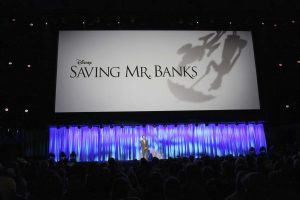 Other announcements included the following: 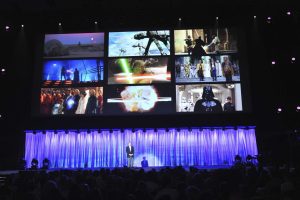 So, which of Disney’s upcoming live-action films are you most excited about seeing?