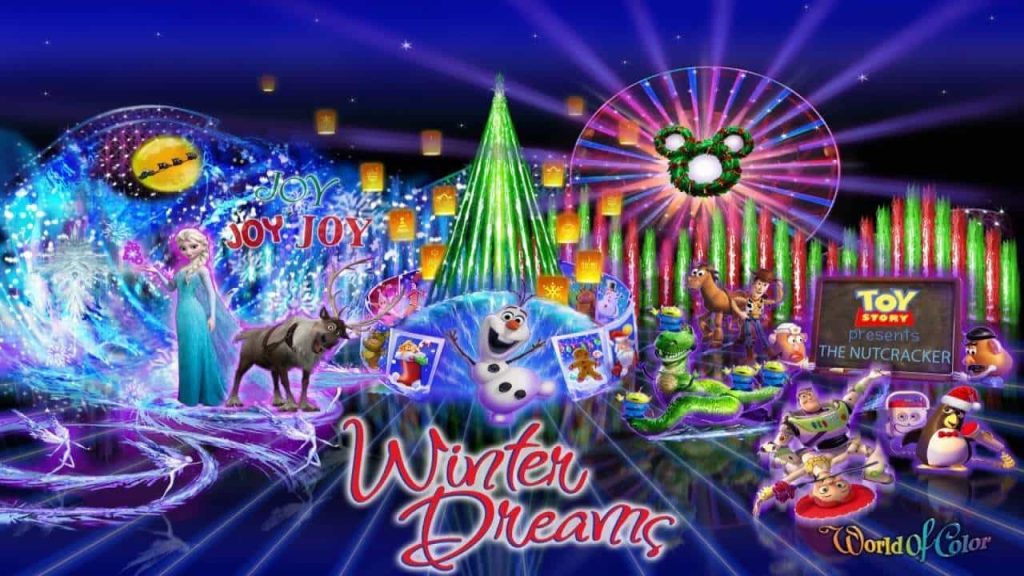 Beginning November 15th, 2013 at Disney California Adventure is an entirely new version of World of Color called Winter Dreams. The show will feature characters from Bambi, Frozen, Fantasia and Toy Story among many others. Here is the video announcement from Imagineer Steve Davison:

The show will be hosted by Olaf the snowman, from the upcoming Walt Disney Pictures animated feature “Frozen”. The show will include new special effects and present some new methods for utilizing the massive “stage” of water, color and light on which “World of Color” is presented. 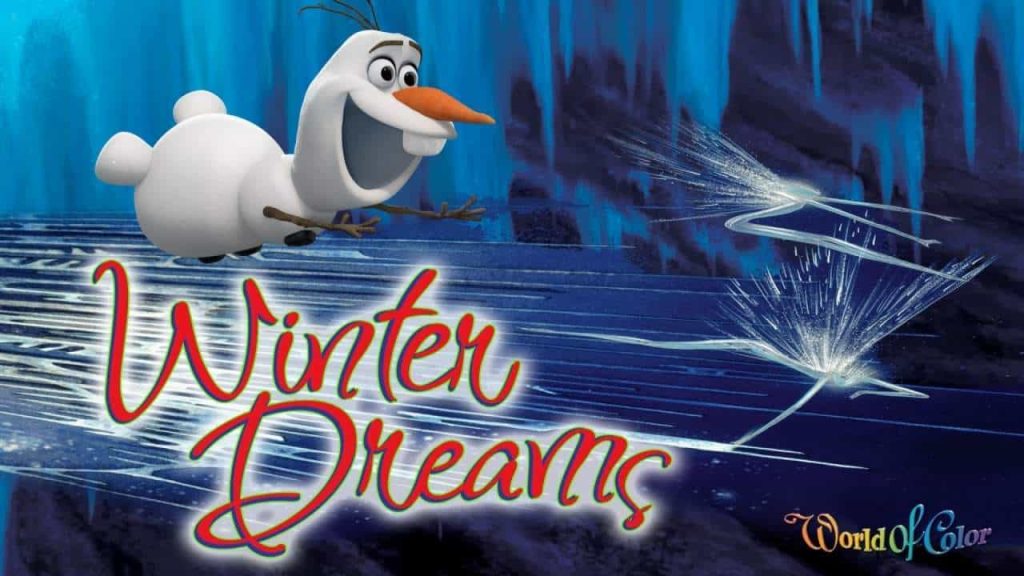 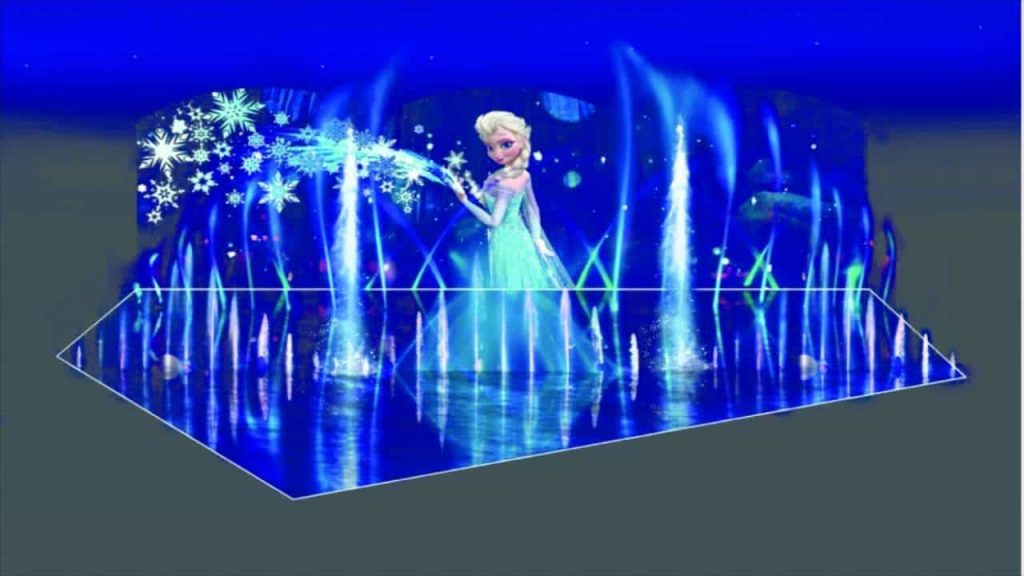 So what do you think of World of Color: Winter Dreams?