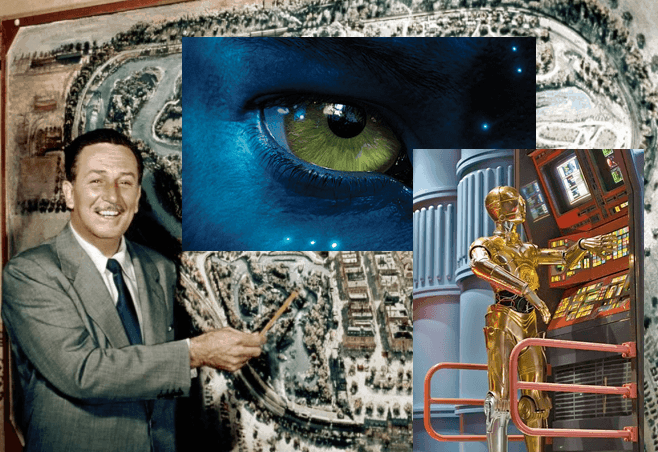 This week’s Disney Insider had an interesting tidbit about the parks and resorts area the the 2013 D23 Expo:

We’re also going to be doing sneak peeks at upcoming projects – including Disney Springs, the reimagining of Downtown Disney at Walt Disney World Resort. There will be teasers for new attractions based on Avatar and Star Wars that we’re working on now for the Disney Parks. We’ll have a play test for a project called Adventure Trading Company, and there will be an outlet of Mickey’s of Glendale, the Imagineering Cast Member store, because like all great attractions we end with a gift shop!

So it doesn’t seem there will be any major announcements, but there at least will be some sort of preview of AVATAR Land for Disney’s Animal Kingdom and possibly a reveal of some new Star Wars attraction at Disney’s Hollywood Studios. At the very least, we will have more solid details on the Disney Springs project to talk about.