One of the most difficult things for me to face is saying farewell to my “happy place” at the end of a Walt Disney World vacation. The sights, the smells, the sounds —  fun and happiness all around you.

One of the ways I try to combat post-WDW sadness is to try and recreate some of my favorite dishes from the restaurants.  I’ve perfected the New England Clam Chowder from Cape May Café at Disney’s Beach Club Resort, and the Key Lime Pie from Olivia’s Café at Disney’s Old Key West Resort, and the Buttermilk Fried Chicken from the Hoop De Doo Review at Fort Wilderness.

Now Walt Disney World has a new way to recreate the feeling of the Disney Resorts at home – with a line of art-inspired signage from the Disney Parks. Created by the Disney Imagineers and the Disney Design Group, these signs are following the trend of vintage sign replicas. 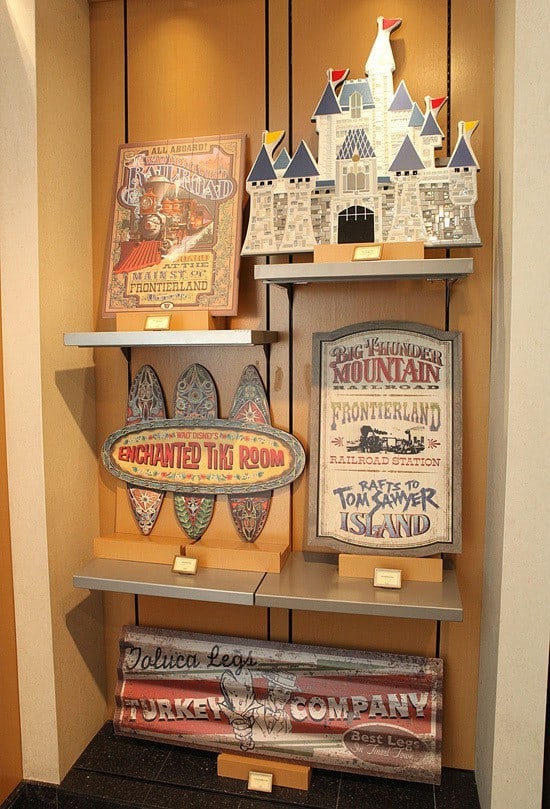 David Whitaker, senior merchandiser, says, “The sign program has been wildly popular with guests. We wanted to offer oversized replicas of Disney Parks’ signs printed on wood-like material or metal… we had plenty of options for us at Disney Parks. The fun part was selecting the most iconic signs for this first program.” 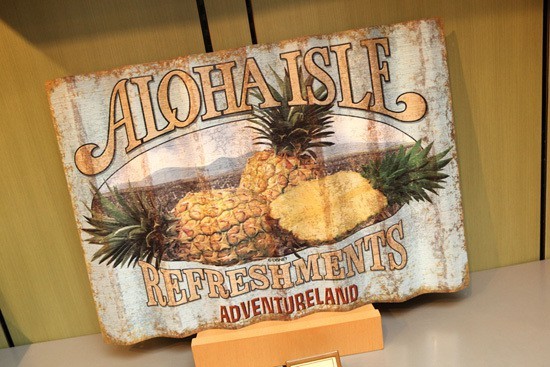 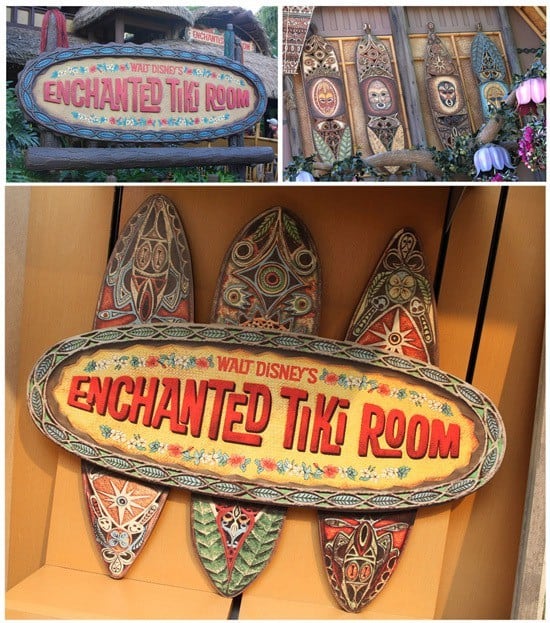 Other signs combine elements from several signs for an attraction to create an original piece of artwork, like the Enchanted Tiki Room sign.

“We took the attraction sign and combined it with shields found both on the Adventureland bridge in Magic Kingdom Park in Florida and on the attraction building in Disneyland park in California,” explained David. “I thought the addition of the shields made the sign more aesthetically pleasing.”

Look for the new vintage resort signs at the Art of Disney location in Downtown Disney Marketplace and Animation Gallery at Disney’s Hollywood Studios. The Gaston’s Tavern sign is located in the new Fantasyland at Magic Kingdom. 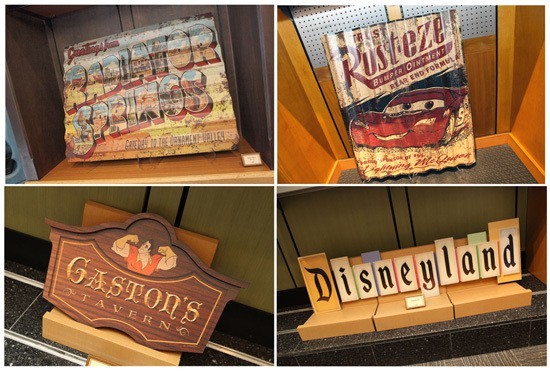