As many of you know, the D23 Expo, the Ultimate Event for Disney Fans, is happening this August 9-11, 2013, in Anaheim, California. It’s always exciting to hear all the special things they will have in store for those in attendance, and some exciting news has just been released!

The grand opening celebration of the Expo on August 9th will feature a Welcome by none other than Disney Chairman and CEO Bob Iger, officially kicking off the amazing three day event.

Art and Imagination: Animation at The Walt Disney Studios: A presentation hosted by Chief Creative Officer John Lasseter will follow the Opening Welcome, and promises to be filled with surprises and sneak peaks on upcoming animated features, a new film short, surprise celebrities and filmmakers, major announcements in movies, and a live musical performance. This will be held  in the Anaheim Convention Center Arena.

Let the Adventures Begin: Live Action at The Walt Disney Studios: On August 10th in the Arena, Walt Disney Studios Chairman Alan Horn will present all the exciting new live-action releases coming up, including Thor: The Dark World, Tomorrowland, and Saving Mr. Banks. There will be behind-the-scenes footage, exclusive clips, and many other surprises in store!

Both these amazing presentations will be held in the Arena, which holds 4,000 fans, but in case you’re worried you still won’t get in, this year features an additional 2,000 seats in the new overflow theatre, where guests can watch all the excitement through a live-feed! 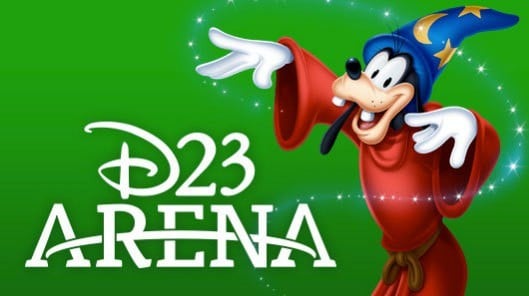 For those of you who cannot make the D23 Expo, we’ve got you covered! WDW News Today will be there providing you with up-to-the-minute exclusive coverage of all the weekend’s events. So stay tuned to WDWNT.com.