A Week’s Worth of Special Fireworks to Mark July 4th, 2013 at WDW

Disney Parks guests can get their red, white and blue on for an entire week during a special tribute to the stars and stripes with Independence Week July 1-7, 2013 — all part of Limited Time Magic at Walt Disney World Resort. 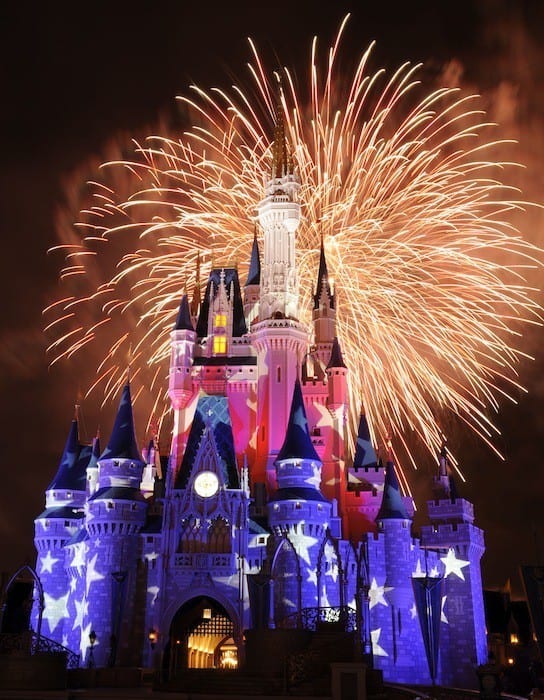 It’s a seven-day patriotic extravaganza as Disney Parks honor America with a Fourth of July celebration like never before. At Magic Kingdom, a 15-minute 360-degree fireworks spectacular rockets into the air every night with ”Disney’s Celebrate America! A Fourth of July Concert in the Sky.”

Guests can enjoy a patriotic spectacle as Goofy, Donald and Pluto lead a spirited procession down Main Street, U.S.A, prior to the daily Celebrate a Dream Come True parade at Magic Kingdom. The rousing pre-parade features the Main Street Philharmonic, Citizens of Main Street and Walt Disney’s historic horse-drawn calliope.

Patriotic-themed merchandise and tasty treats inspired by Americana will also be on the menu all week long.

Epcot and Disney’s Hollywood Studios will participate on July 4th only with the following festivities:

At Epcot, guests can meet with Disney characters adorned in patriotic dress from 11:30am-2:30pm and 3:30pm-6pm. An afternoon of live entertainment kicks off at 12:30 p.m. in the America Gardens Theatre with the Voices of Liberty Fourth of July concert. This holiday special is a harmonizing partnership of the eight-part, a capella Voices of Liberty, Spirit of America Fife and Drum Corps and Disney characters. Additional showtimes are at 1:45pm and 3pm. There are also two sets inside the American Adventure rotunda at 4:15pm and 5:00pm. The Heartbeat of Freedom, a special tribute following IllumiNations: Reflections of Earth, lights up the sky at 10 p.m.

At Disney’s Hollywood Studios, enjoy a twist on traditional fireworks with the all-new “Rockin’ 4th of July Celebration”. The party begins at the Sorcerer Hat with a DJ at 6 pm.  At 7, 8, 9 and 10 p.m., Mulch, Sweat & Shears will take you on a musical road trip through America. Everything leads up to a special rock ‘n roll fireworks presentation at 10:15 p.m