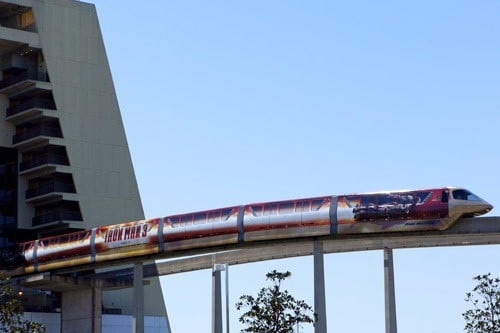 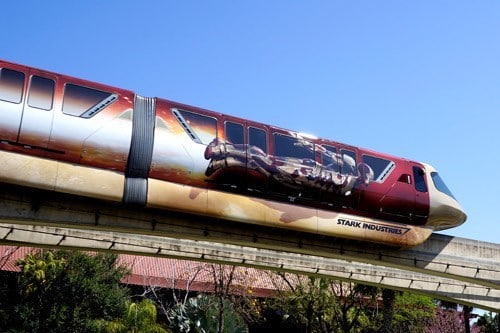 “It was important to us at Imagineering that the end result celebrates the movie and remains true to the vision of the monorail,” Creative Designer Brian Crosby said. “So, when designing the graphics, I thought to myself ‘if I was Tony Stark and designing for the monorail, how do I celebrate me [Tony Stark]?’”

With that in mind, the art prominently features the superhero’s colors of red and gold, and looks like an armored vehicle that Tony Stark would invent. Two Iron Man characters are depicted flying alongside the monorail train. 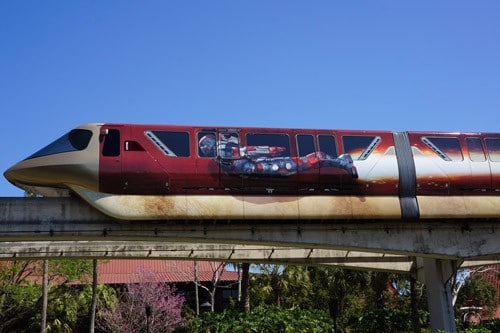 “It is a great collaboration among the four groups,” Brian said. “Everyone brings a unique perspective to the process.”

What do you think of the Iron Man monorail wrap? Good? Bad?