December 11, 1998 was a landmark day at Epcot. While not officially open, it was the first day Test Track saw riders. After over two years of waiting and delays, Epcot received its first thrill ride. While official Cast Member previews would begin the next day, Epcot cast members and their guests got to experience the attraction before anyone else. However, though I wasn’t working at Epcot, I managed to get in with a group of friends that night as well. After years of waiting for the ride to open, I was there for its first night, and what appeared to be its first breakdown. Just as I pulled into the unload area, the ride suddenly stopped and the Imagineers who had been lining the platforms scattered. It was a truly memorable first ride. 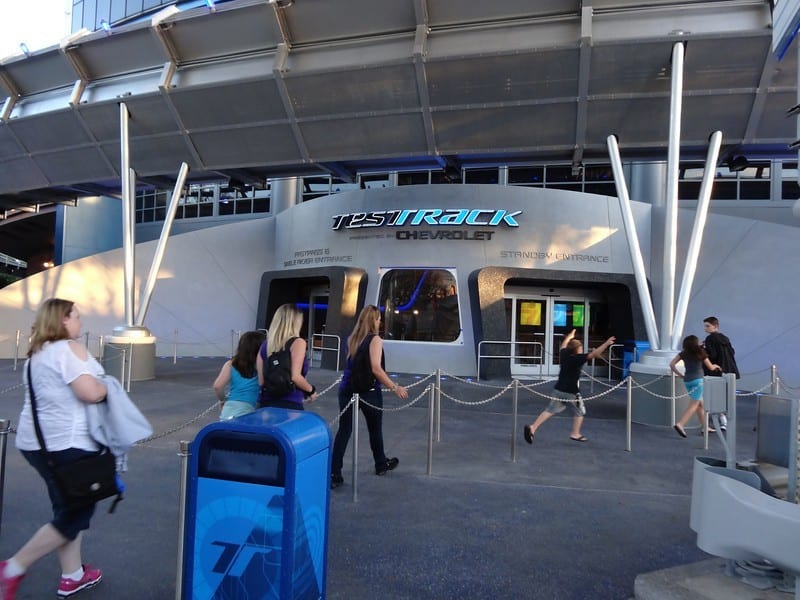 Just a shade over 14 years later, I approach Test Track for the first time again, just after park opening on a Saturday morning. The line is already sticking out past the shade-providing canopy. The ride is down. “At least some things haven’t changed,” I think to myself. I’d seen plenty of reviews and videos of the so-called Tron Track and I hadn’t decided what to think about it. Rationally, I’d decided to wait to experience the ride before condemning it. I decided to get my Fastpass and come back later. 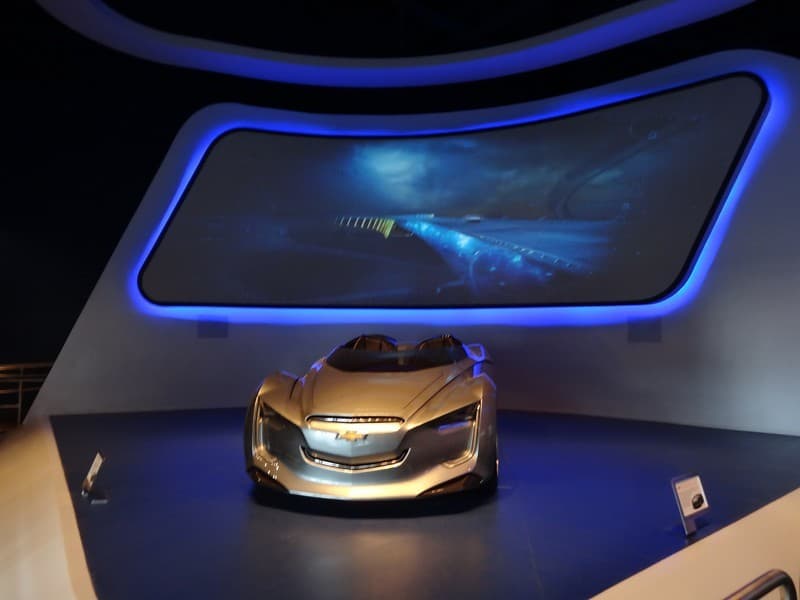 Finally, I came back in the afternoon to ride via Fastpass. Immediately, I saw we were segregated from the main queue, though the few exhibits Fastpass and Single Riders see are interesting enough for the short wait. Finally we come to the design stations. We quickly select our predesigned vehicle, and within a couple of minutes we’re loading on to our Sim-Car and we’re off. Little did I know I had bypassed the most compelling component of the new experience. 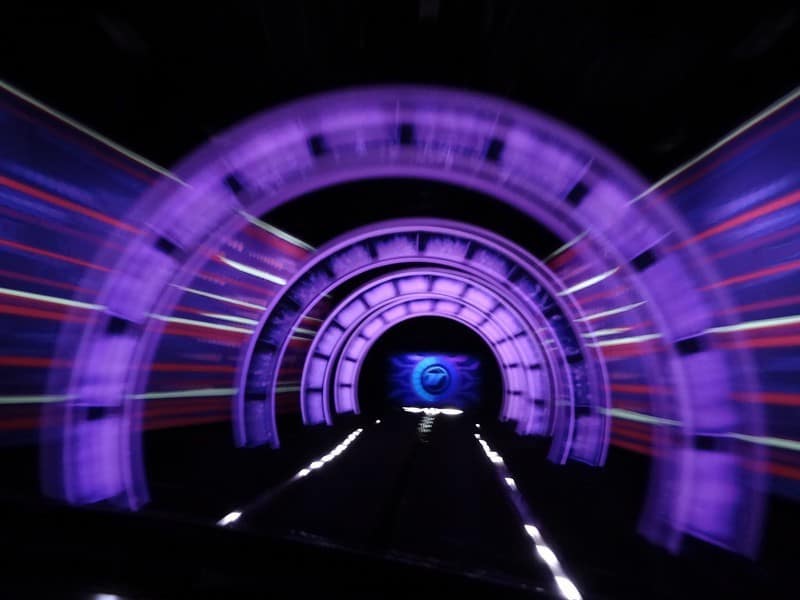 What first hit me was how beautiful the environment of the ride track is. The graphics are incredible, and definitely convey the feeling of being in the computerized environment. However, I immediately began to feel at a loss of where I am and what I’m doing in the vehicle testing storyline. The ride track may be exactly the same, but the change in narration and décor of the building don’t quite impress on the riders what exactly they are testing. When the ride switches to the cornering and high-speed sections this lack of direction is essentially minimized as the ride’s focus switches to the sensations rather than the environment. Along the way the design ranking screens have been displaying how our cars have been doing, but having chosen a pre-made design I felt no real connection to my design.

Any emotional connection to the ride is lost by taking the Fastpass or Single Rider options. The heart and soul of the attraction lie in the design features, and after going back and playing with that, my entire outlook on the ride instantly changed. Exiting into the post show, I still felt somewhat cheated. All the elements of the post show revolve around your design. From the simple performance readouts to the interactive “create your own” commercial and the drive tables, I still had fun but it felt cold and sterile. Something was missing to make the new Test Track the E-Ticket anchor Epcot deserved. 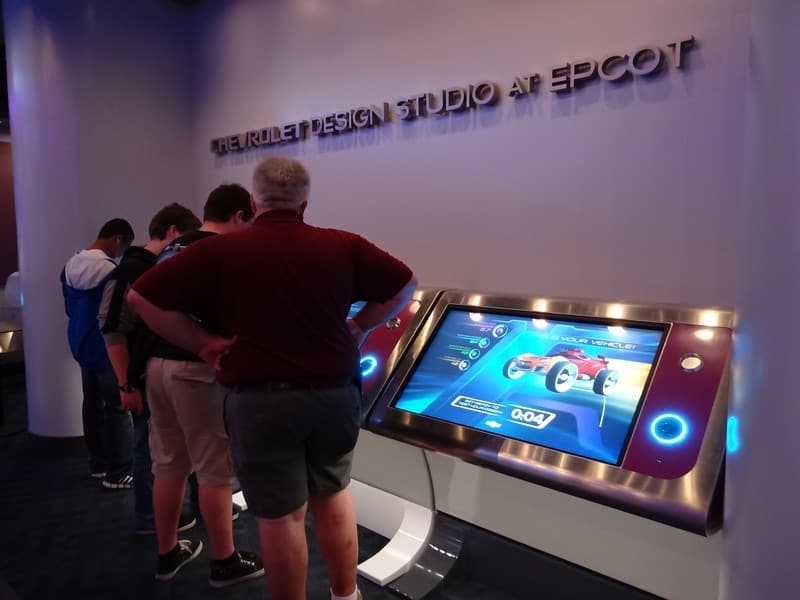 Everything changed again the second I found the design stations in the post-show area. After waiting for the station the person ahead of me had been using to time out (these desperately need a functional “I’m Done” button), I thoroughly enjoyed the design process, playing with option upon option for the full amount of time each section allowed. Everything I had just experienced hit me in a different light. I know the physical experience wouldn’t have changed, and it really hadn’t from the original ride, but I could see the emotional attachment to the car rankings and post show elements.

Unfortunately, I wasn’t able to take my new design back through again because of timing on a busy holiday weekend, the posted wait time was well over two hours. I really wanted to see how it felt with my own car. I found it hard to believe that something so intangible made all the difference in what is billed as a thrill ride. And even more surprising, Disney has finally come up with a compelling reason to skip Fastpass. Hopefully, the advent of MyMagic+ will allow guests to predesign their vehicles and allow those who use the Fastpass option the same experience as those in the standby queue with out the hour plus waits.

In all, the new Test Track is a worthy successor to the original, but the heart of the attraction isn’t the thrill factor, it’s the tie in you get from preshow to post show with the vehicle you create. Unless the option to design your car ahead of time is introduced, I will highly recommend making Test Track your first attraction in the morning, rather than relying on Fastpass to experience the full version.

Ron has been going to WDW longer than he can remember. As a former Cast Member, he has always tried to share his love of Walt Disney World. Ron can be reached at graceysbutler@gmail.com.