Celebrate the Seasons with New Duffy the Disney Bear Items

By Steven Miller on the Disney Parks Blog: 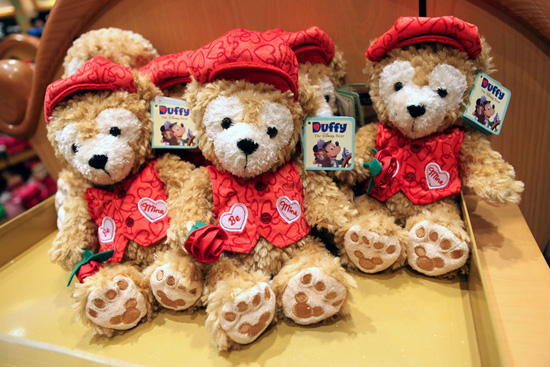 The start of a New Year brings many reasons to celebrate. This year, there are two months of back-to-back holidays including Valentine’s Day, St. Patrick’s Day and Easter. I caught up with Monty Maldovan, long-time artist with Disney Design Group, about some of the new merchandise coming for Mickey Mouse’s bear, Duffy the Disney Bear. Monty recently celebrated the release of three original art pieces, including one featuring Mickey and Duffy, at the Art of Disney in Downtown Disney Marketplace.

“I had a lot of fun designing some of the seasonal outfits for Duffy the Disney Bear this year,” said Monty. “We have some new things that our guests have told us they wanted including outfits for 17-inch bears and smaller sized bears that have been a hit!” 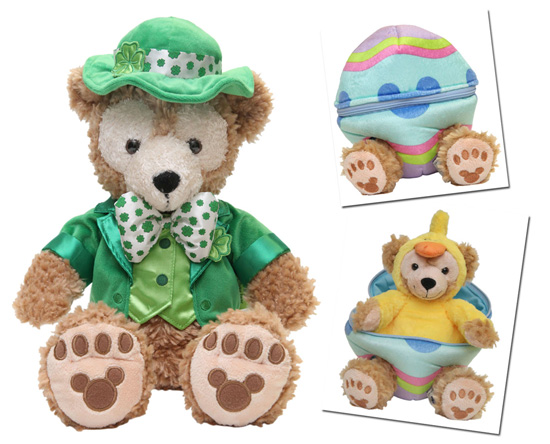 The 9-inch Valentine’s Day bear has been extremely popular this year (at time of press there weren’t many remaining in merchandise locations). For St. Patrick’s Day, Monty designed a costume for a 17-inch bear that includes my favorite detail – a bow tie! Monty felt the bow tie was the perfect complement to the bowler hat (and here I thought it was because of my intense love for bow ties).

Monty also designed what may be my favorite Duffy item I’ve seen in the past two years – a 9-inch egg that unzips to reveal a 7-inch bear dressed as a baby chick. He said the design was inspired by previously released plush.

“We introduced Mickey Mouse and Minnie Mouse plush eggs about two years ago,” explained Monty. “Guests loved them, so we updated the colors this year and added a version with Duffy.” 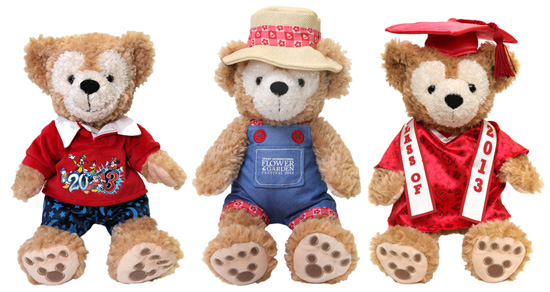 Other favorites will return this spring including two 12-inch bears. Gardener Duffy will be found at the start of theEpcot International Flower & Garden Festival on March 6. Monty said the pocket on the front of his overalls is big enough to hold a Disney Gift Card (smells like the perfect gift for someone with a green thumb). Graduate Duffy looks similar to last year’s design but features different colors. 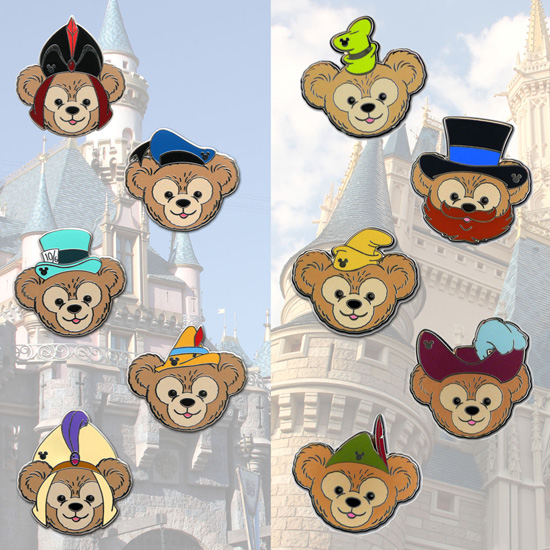 Finally, we released a series of new Hidden Mickey pins that has Duffy the Disney Bear sporting different Disney hats. These pins build on a collection introduced last year of Duffy wearing hats. Look for them on cast members’ lanyards at Disneyland and Walt Disney World Resorts.