Now that you know What and When the 13 is, what about Who they are? (Who who, who who, I really wanna know!) 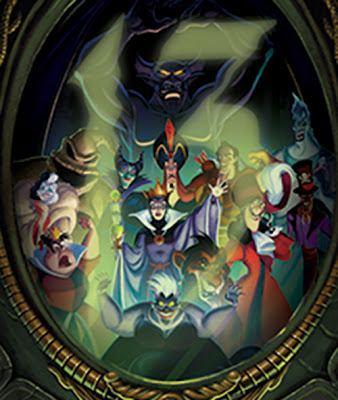 The tech team over at Destination Vinylmation has sifted thru the notices and discovered the names of these vile villains (as well at the heroes who will take them on). On the dark side we have: 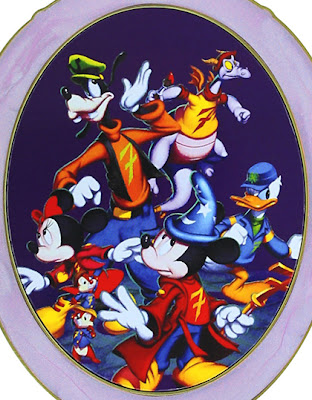 Luckily we have the light side we have:

I like the massive selection of Villains (although I think Gaston is too dumb to be a true villain). I got excited when the description of the event included a nod to Figment. I was hoping for a few more unique characters in the group of 7. With Daisy out for Figment there is only one female good character. All of these chracters have also be represented in vinyl form. The only characters with “non traditional” figures could be Chip and Dale since they only get their own figure as Nerds or DCL workers.

Another note, Disney revealed that Madam Mim is a vinyl. But she’s not even in this picture! What is up with that? Are there really 14 villains?

Also, does anyone else feel like this is a video game? I almost expect an announcement soon that Disney is releasing a mobile app that is a video game with these 7 against these 13. (Well, except that Disney keeps cutting their games departments and most recently dissolved Lucas Art).

What do you think? How many of these will see vinyl form? (Because we know they will all have pins!) And if you missed it, check out the previous article on the “mirror pins“. Very interesting stuff.