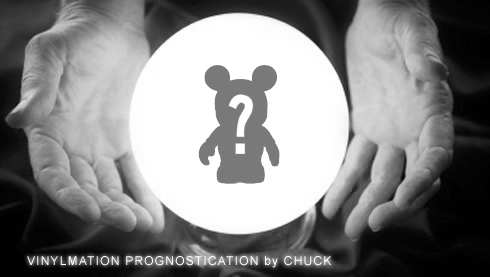 Welcome to Vinylmation Prognostication! In this column I will be brainstorming “blue sky” ideas of what I would like to see future Vinylmation series feature. I will examine the potential futures of current Vinylmation series as well as think up new series that I (and maybe other Disney fans!) would like to see. Since I have no idea what new series will be coming up, this will be a fun way to dream up our wish lists so to speak. So, feel free to voice your thoughts if you agree or disagree with my choices at the end of the article. With that being said let the prognostication begin!

Today I will be discussing my ideal choices for the next Park series. Of all the currently released series, the Park series is by far my favorite. If you look at some of the recent Park series releases they have centered around a specific theme. Park 7 and 8 were themed around Walt Disney World’s 40th anniversary. Park 10 was themed around Disneyland Paris. And Park 11 was themed around Disney’s California Adventure. For Park 12 I am going to continue with a series based around a specific theme. However, instead of an entire park or resort I am going to focus on a single attraction. Now, of all the released park figures over the years one popular attraction has been neglected. I am going to correct this wrong by making Park 12 based entirely around Splash Mountain! 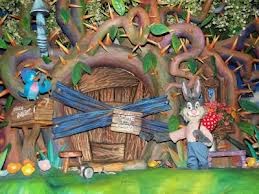 The main villain of the attraction must be a part of this set. Figure would include the hat accessory.

Brer Fox’s side kick would come with hat and club accessories. 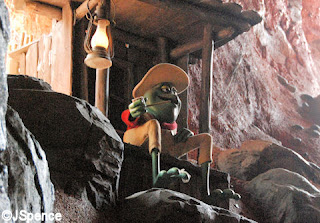 As the narrator of the attraction you see him early on in the ride. Ideally I would like to see him come with his trademark hat and pipe. Not sure if Disney would allow a pipe to be an accessory for a Vinylmation figure, but it is worth a try! 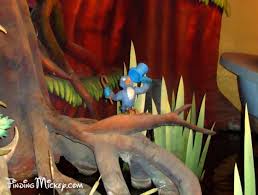 You see him early on in the Briar Patch as Brer Rabbit is setting out on his journey. I would include his blue top hat and cane as accessories for this figure. The cane could be part of the art work painted on the Vinylmation as oppose to a separate piece. 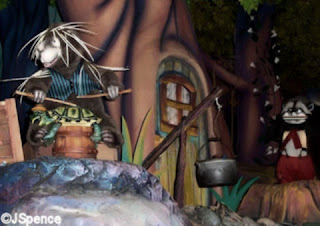 In my opinion one of the most memorable minor characters in the ride. He is using a turtle as the drum. I envision the artist incorporating the turtle into the artwork on the Vinylmation for this figure. 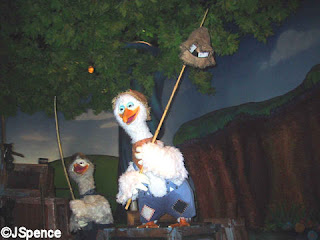 Throughout the attraction there are a few overall wearing geese who are fishing. I would include one of them on this figure. I would like to see the goose wearing his straw hat with a fishing pole accessory. This is another minor character from the ride that I think would work well in Vinylmation form. 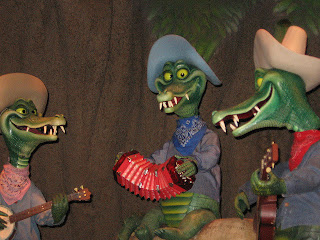 Here is yet another memorable minor character that is spread throughout the ride. The Banjo Playing Gator appears as you enter the final show room after descending down the big drop into the Briar Patch. I would like to see the gator come with his hat and ideally a small banjo. 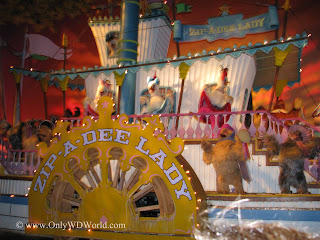 In one of the final scenes the tambourine playing chicken is seen on the riverboat (called the Zippa-Dee-Lady) playing her tambourine. Again I would like to see the tambourine as an accessory, but if it could only be included in the figure’s art, I would be good with that.

The Can Can Goose is also on the riverboat at the end of the attraction. I think this would be a nice addition to the set and round out an impressive array of minor characters in the ride. 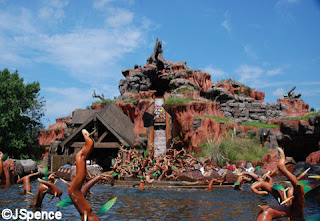 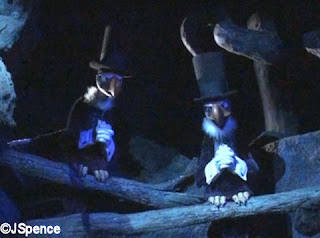 I think one of the vultures from the attraction would make a worthy chaser for the set. I would have the chaser come with his trademark black top hat. I think the vulture would be a good chaser because he is a more obscure character, but also very memorable to everyone because you see them as you begin up the hill for the big drop into the Briar Patch.

So, there you have it! My idea for the Park 12 series. Feel free to voice your thoughts on what else you would like to see in a Splash Mountain themed set. See you next time!