Last week two more Urban Redux Super Chasers were pulled from blind boxes. The first was fond in Disneyland by Vinylmation Exchange member Larry Alvarado. He was rewarded with the Ninja cat designed by Maria Clapsis. 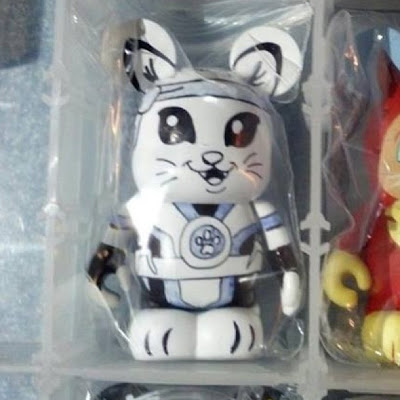 Then, on the other coast, a Space Monkey designed by Enrique Pita was pulled by Eric Pellegrino at Walt Disney World. 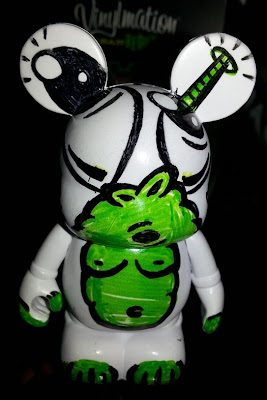 This makes four known pulled Urban Redux Super Chasers out of a possible 24 total. Of course, more may have been pulled but not posted in public.