Long before they made an appearance as our favorite 3″ Disney collectibles, The Monorails were a band that toured around the Walt Disney World Resort performing at the resorts on their grand openings. We recently dug up some of The Monorails old concert posters, CDs, Albums and publicity photos. On May 17, 2004, Disney opened the Saratoga Springs Resort and Spa. Situated on the former site of the Disney Institute, it is the largest Disney Vacation Club resort. The resort was inspired by the city of Saratoga Springs, New York. The Monorails, of course, were there to commemorate the event. 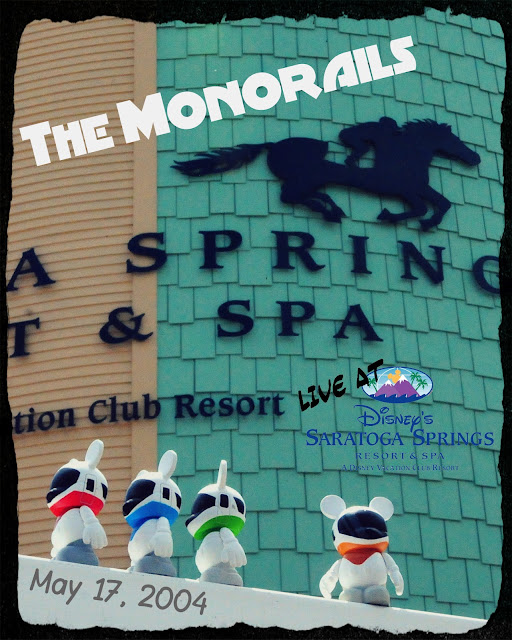 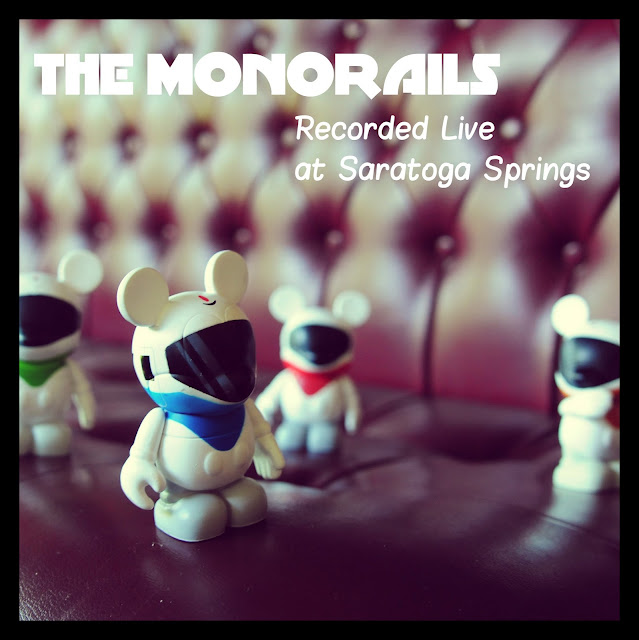