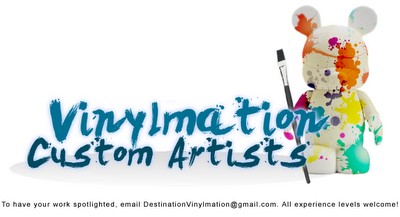 The first one I would like to share with you is Gizmoduck.  I did this piece for a friend of mine who is making an entire duck tales set from different custom artists.  It has been a really awesome project to be apart of.  I wanted to make it seem like a comic book super hero. 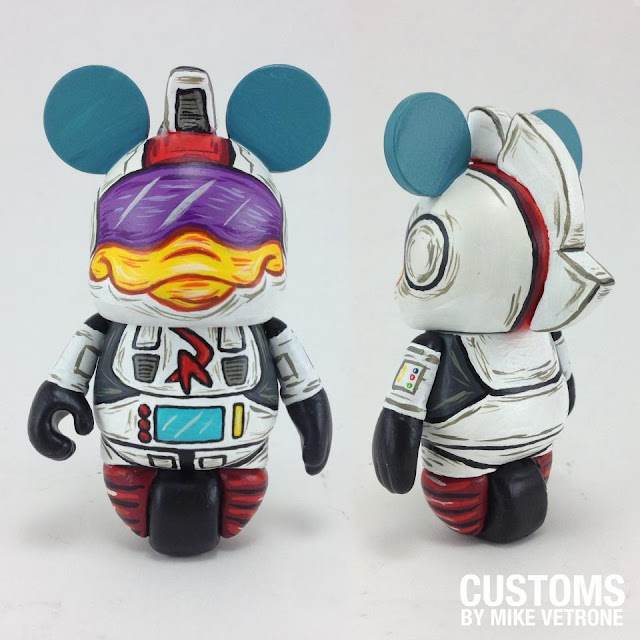 Then there was the issue of the wheel.  I sketched up a bunch of options using the mickey mold feet, but decided that it would be best to just make it myself.  I am very happy with the result.  It is one of my favorite pieces I’ve ever made.

Next is my Magic Carpet 9 in.  This was a commission.  The collector wanted the magic carpet to be the main focus and then let my mind run wild.  I am a huge Genie fan and have an army of 100 Park 11 Genies.  I had to include him.  One of my favorite ways he is shown in the movie is at the end in the moon. 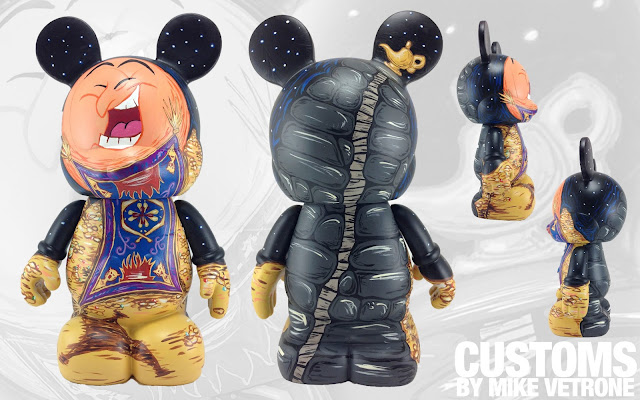 I thought this would work perfectly.  On the back I put the “mountain” inside the cave of wonders that the lamp is on.  Another one of my favorite scenes in the movie.  It was fun getting to make a vinyl for one of my absolute favorite movies.

Lastly, I made a Furry Friends Abu for the Light it Up Blue Auctions going on at Vinylmation Exchange: Bid Wars. 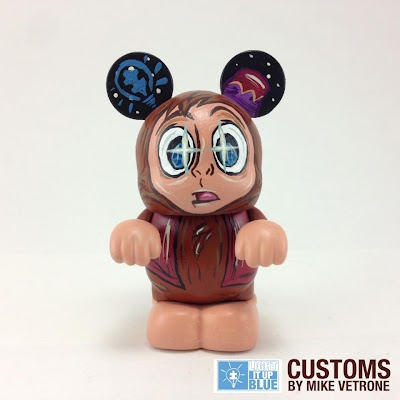 I love in the movie when Abu has the red gem reflecting in his eyes.  I think its adorable haha.  I made the gem blue to play off of the theme.