Sorcerers of the Magic Kingdom is the interactive game guests can play at the Magic Kingdom (details here). We are going to try to keep a comprehensive checklist of the cards available in the game. If you have pictures of cards we do not, or better pictures of ones we do, please send them into us. High quality scans are best, but photos will work too. Please also provide the card number from the bottom left corner in case I can not read it. And let us know exactly where the pictures came from (ie. you took them yourself) If you find it on the net, please note what site you found it at. Email pictures and info to: DestinationVinylmation@gmail.com. Thanks! And good luck out there.

Update: 03/14/13 Check out this home version of SoTMK designed by Adam. He runs the gaming website Eclectic Gamer and sent in a link to his article and rules for his home version called Wizards of the Mystic Fiefdom. It has a simple, easy to learn game play. As well as a style well suited to the SoTMK cards that make it an enjoyable play.

Update: 11/08/12 There is a special card released for Mickey’s Very Merry Christmas Party. 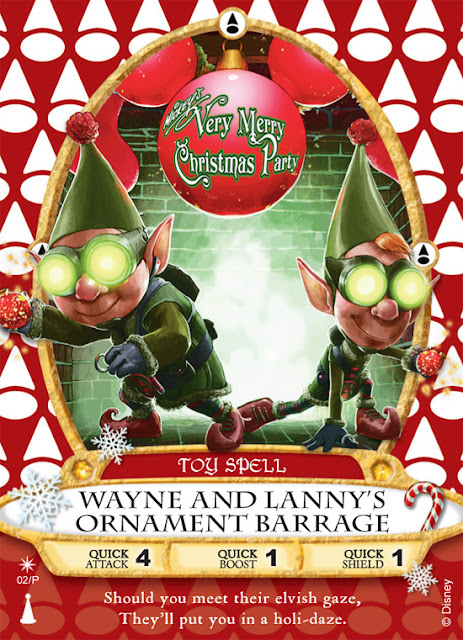 Update: 09/27/12 There was a special card released for Mickey’s Not So Scary Halloween Party. (picture in checklist below) Unlike the special Cast Member card, this is a normal sized card. It features Chip ‘n Dale’s Bag of Tricks and is numbered 01/P.


Update: 08/17/12 The Sorcerers of the Magic Kingdom Booster Packs were released today at the Emporium for $11.95. Check out detailed pictures and a review and explaination as to what you get, in this article here. 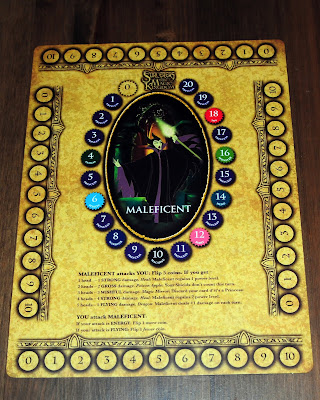 Update: 07/26/12 The Disney Parks Blog announced the rumored home version of Sorcerer’s of the Magic Kingdom along with the availability of the rare cards #61-70. 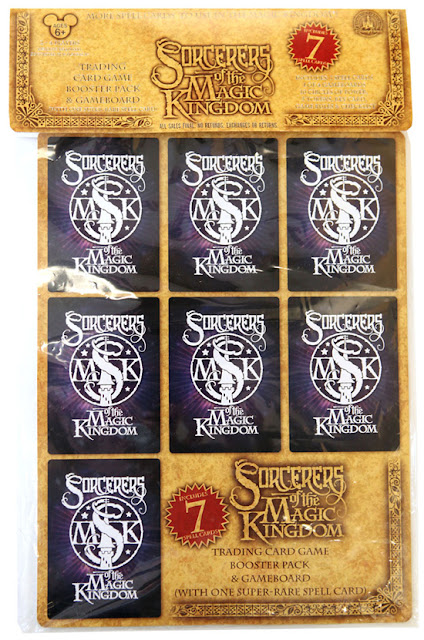 The trading card game will contain seven randomly selected spell cards (including at least one super rare spell card), one of four game boards, game rules, new tokens and a complete spell card checklist. Disney also announced a set of mystery pins that you can see over at Once Upon a Pin.

Update: 03/04/12 HQ picture of Cast Member card uploaded. It is confirmed this was only handed out to CMs and is an over-sized 5×7 card. We also added a picture of the Woody error card with Slinky Dog. Early versions of the Wood card (#22) had Slinky Dog, but it had to be removed because they did not have permission to use him. Downloadable Checklist also updated to reflect the Woody error card. We also made a smaller more pocket size version of the checklist available. We also would like to thank Non Sport Update Magazine for linking to us on their blog.


Update: 02/23/12 Vinylmation World tweeted a picture of a card I haven’t seen or heard about yet. 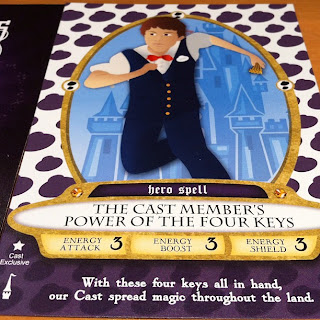 We are trying to find out how this card is obtained. The Cast Member card above was a 5×7 card issued to Cast Members on 2/22, the first official day of this new attraction. A few more things we have found out about game play are spells seem to get stronger as they used over and over again at more difficult levels. Also, most comb spells (2 cards played at once) seem to work, however certain match ups, such as a Princess and her Prince, seem to be most effective. An interesting find was playing two similar spells at the same time, such as the Fairy Godmother’s Pumpkin spell with the Headless Horseman’s Pumpkin spell gives a heavier barrage of pumpkins. And I forget to mention in an earlier update, a second starting location can be found behind the Christmas Shop in Liberty Square if you find the Firehouse too long of a wait. Also, many guests seem to be open to trading at the portals. I completed my deck of 1-60 yesterday by acquiring about 30 cards through trades.


Update: 02/22/12 Sorcerers of the MK official opened today! Downloadable PDF card checklist added at top of this post. Please help us complete the list with the missing rare (61-70) cards. Also, more details emerge. Guests can now officially play on both Medium and Hard settings, however all games on the previous level must be completed to move on. Cards 61-70 are more rare than the rest and were no longer handed out randomly to guests as of about a week ago. Rumors persist about Disney selling game cards, however guests will still receive 5 free cards per day. It is still unclear as to whether or not the rare cards will be randomly inserted into the free cards, or will only be for sale. 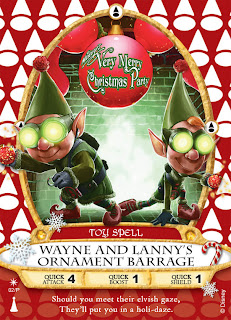 Merchandise
Sorcerers of the Magic Kingdom