Pixar Series 2 was designed by the Disney Store artists Gerald Mendez and Enrique Pita (as opposed to Series 1, a Disney Design Group set). The series has been reduced to 8 figures in a blind box set. It features Boo and Little Mikey, Dory, Dot, Alpha, Emile, Elastigirl and Mr. Pricklepants and Mystery Chaser. It will be released sometime in 2014. 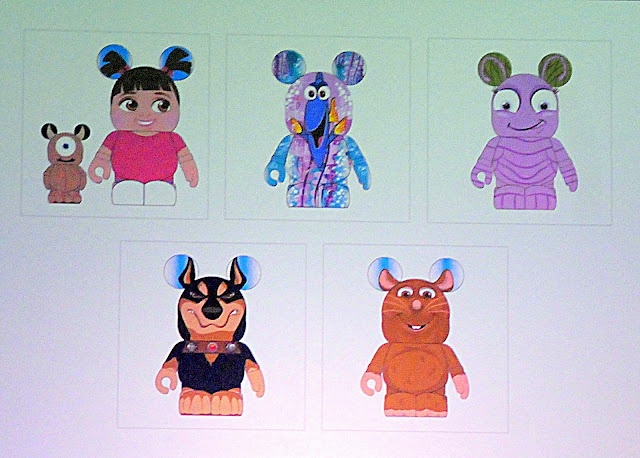 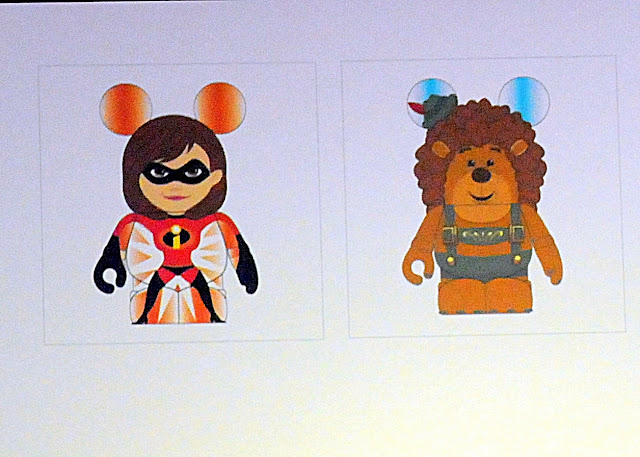 I wish Ron Cohee and the DDG were given this assignment, but these look okay via the artwork we saw. I will have to see them in person to really tell. I do like the idea of Elastigirl. Pricklepant’s hair is like Disco Goofy. Emile and Atta are bland to me, but Alpha looks awesome. Cone of shame accessory???