When the sequel to Furry Friends was announced in December, the Vinylmation community rejoiced. After all, Furry Friends was a very popular set with wonderful character selection and a unique design element. It was however plagued with production issues that led to out roar and recalls. Surely, the sequel would be scrutinized by Disney, making sure the same would not happen. They even went so far as to change the name to Whiskers and Tales, in an apparent attempt to distance themselves from FF. Today, they were released across Disney Stores and Online. According to numerous reports around the web and emails we have received, Whiskers and Tales does indeed suffer from similar production issues. Now, to be clear, it is hard to tell if the problem is with a majority of the figures, like seemed to be the case with Furry Friends. But it is clear there is an issue. The returns are still early, but we have seen scuff marks, dirty vinyls, no paint on spots and other issues. We must also note that many people have reported purchasing trays or blind boxes and didn’t have a single production issue to speak of. Here are some examples of problems we found around Facebook and via email. Please contact us with your pictures and comments. 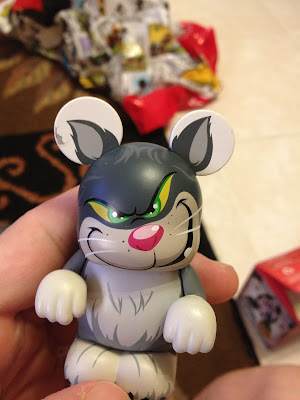 Just wanted to let u guys know I purchased a few today and they have the same low production issues like furry friends did, look at his left ear. he Disney store is letting me exchange the defective ones and letting me open then there before I exchange them. – Matt 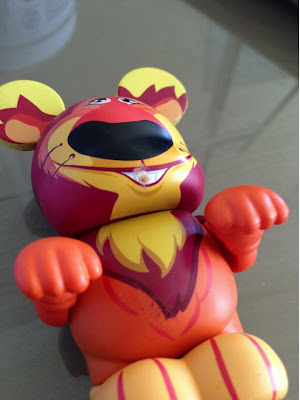 Okay so thankfully the rest of my case were okay. The others still had minor scuffs but nothing to get upset over! Poor Lambert though. – Nicole 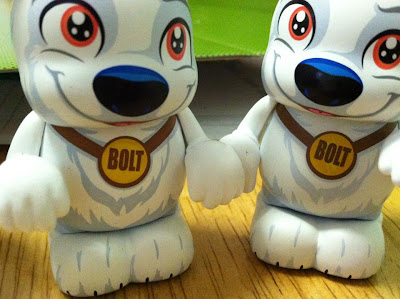 One of my bolts is missing his bolt on the tag. – Patrick 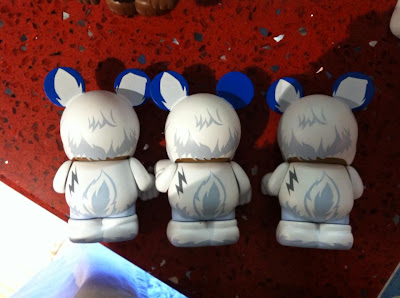 One of these Bolt’s is not like the other – Breanne 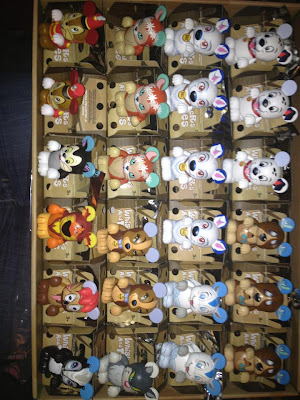 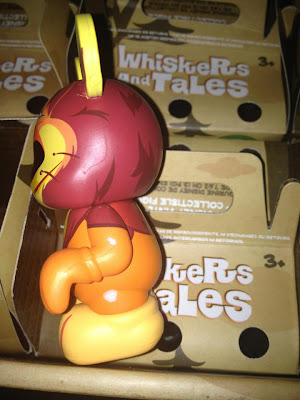 QA anyone? Not white spots – that’s no paint at all – Jennifer