One of the great new commemorative Vinylmation items released over the past year was the mini medals for the WDW Marathon weekend in January and then subsequent races over spring. They seemed very popular, even for collectors who did not take part in the run. So we were hoping to see the trend continue. With no announcement, the mini medals showed up once again at the expo for the Tower of Terror 10 Miler held at Walt Disney World on October 5th. 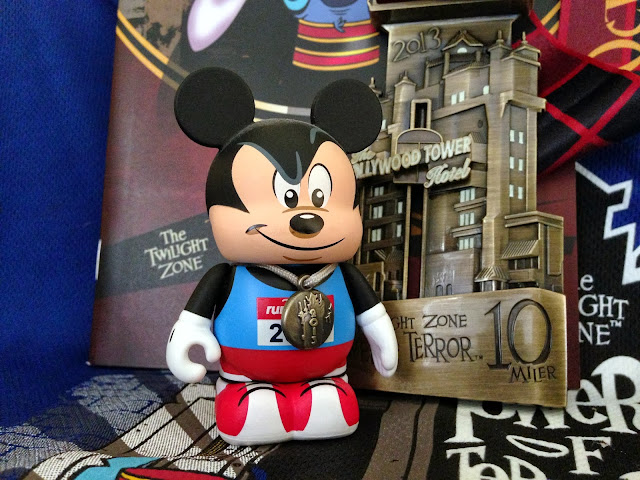 The mini medal fits around the generic 2013 Run Disney 3″ Vinylmation that is open edition and has been sold in stores throughout the year. The medal itself has an engraving of the Tower of Terror and the year 2013. The mini medals retail for $1.95 and do not have an edition size. No official word, but I would assume if there were left overs from the expo, the medals could be found at ESPN Wide World of Sports and/or D-Street.

Next year, we will see the debut of a new blind boxed Run Disney 2014 figure with a variant. Since the figure is again generic, I do hope we see a return of the mini medals.