Evilos brought us information about a kickstarter that has been started by a indie film maker named Jordan Ahern. After watching the short video on his kickstarter page, I’m convinced we need to help this guy make his movie.

Here are the details. Jordan needs $13,660 to make his film, a documentary about Vinyl artists. At the moment we are posting this, he only needs $2,468 to make his film. The goal is to raise this money by March 13th 2013. This is a kickstarter so he needs to get his goal in order to get any of the money donated. 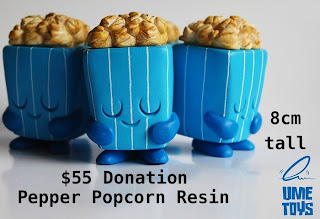 Now here’s the cool part, when you donate, depending on the amount, you will get gifts. The basic gifts are digital download for $15 or a DVD for $25. But check out his site. For more money you can get packages of customs that have been donated to help raise the money. These customs are crazy cool. 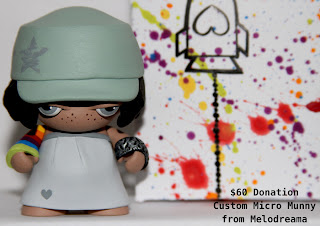 Jordan has a tumblr at dopevinyl.tumblr.com
The kickstarter for the movie is at http://kck.st/12GHqQn

If you don’t seem interested in donating, at least take a look at the site. It’s a good example of the custom artwork that artists are doing in the vinyl world, outside of vinylmation.