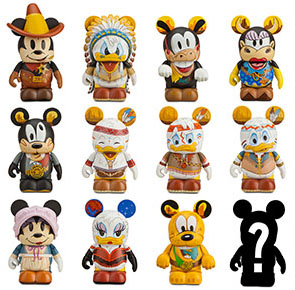 Update 04/01/13 We added photos from Vinylmation Exchange of the remaining 6 figures off the side of the tray.


Update 03/29/13 Zoe sent in some up close photos of each figure. This is where the Disney Store shines!!! Back to doing a Disney Character-centric set. We never questioned the talent of the DS artists, just the choice of designs they produce. They have a command of the Mickey platform when drawing characters on the canvas. We just want them to be DISNEY! You may not purchase this particular set, but this is what the average VM collector wants to see from these artists. The colors are wonderful. The use of ears with the various western back drops are perfect. The biggest plus is that they changed them up. And the accessories? Among the best we have ever seen. Just take a look…

Zoe was walking through the South Coast Plaza Mall in California today and happened upon this poster: 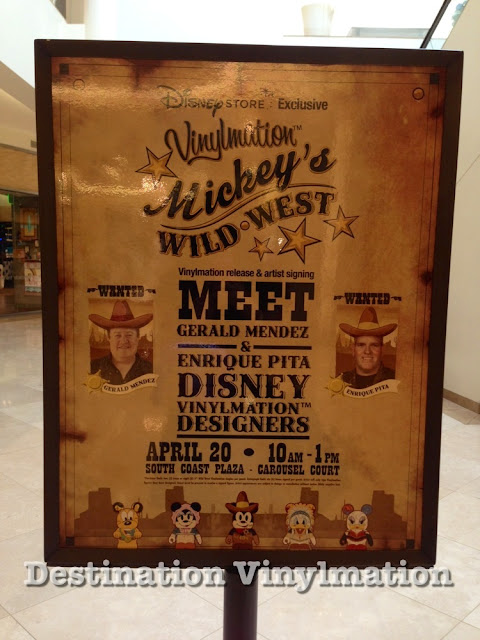 Looks like the Wild West series may be a smaller open window series similar to Disney Tunes. But a close look at the fine print mentions “purchase of a tray”, so I am not sure at this time. The series seems to be set for a Disney Store release on April 20th with an artist signing with Gerald Mendez and Enrique Pita from 10a-1pm at the South Coast Plaza Mall. We do expect the nation wide release over the same weekend.