Disney Stuck on the Drawing Board: The Muppets take MGM 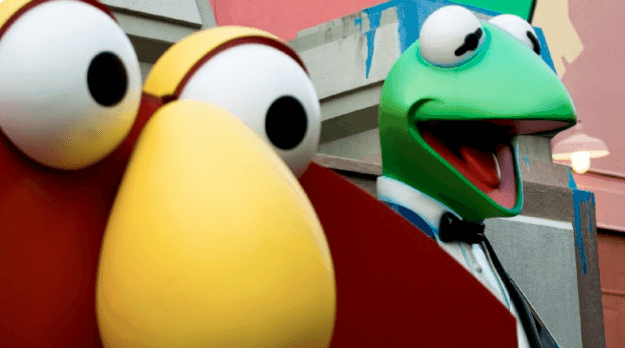 Whenever we walk the Streets of America at Disney’s Hollywood Studios (or New York Street as it is remembered), you can’t help but wonder what might have been. What is there that maybe shouldn’t be, and what is not there that should . . .    Looking at the area just past Star Tours, what do you see? If you have a keen eye, you might notice what might have been . . .

Does it appear as though MuppetVision 3D is the focal point of the area? Does it look as if the Muppets were taking over that area of the park, with the Miss Piggy fountain and the giant hot air balloon drawing guests to the area? Now turn around. Look directly at Pizza Planet. Does it fit? You might say no. You might wonder why Pizza Planet is not near Toy Story Mania. Walking down the street, we see the Stage One Company Shop, and the Christmas shop, as well as Mama Melrose. Is there a cohesive story here? Not especially. Most importantly, does this look like something Disney would have done? Not at all. What happened here? What might we be looking at instead if things went as planned?

Back at the time MuppetVision was initially conceived and created, it appeared that Disney was beginning a major expansion in the New York Street area with the focus on the Muppet franchise. With Jim Henson planning on selling the Muppet franchise to the Disney Company, Disney would have complete autonomy to expand the Muppet franchise on their own. MuppetVison 3D was to be the first of many Muppet attractions, shops and dining options within the area. But alas, we do not see any of it. Some of the plans were fully developed, and others were still in concept, when the entire project was shelved.

One of the more fully developed ideas was Gonzo’s Pandemonium Pizza Parlor, which would have been located  where Mama Melrose now stands. This restaurant would have blended good food with Muppet flair. The original plan called for the creation of audio animtronic rats. Led by Rizzo, they would deliver food to all the guests via a train track system. This–coupled with speakers projecting Gonzo’s voice from above, along with pounding and stomping sounds–would create the illusion that Gonzo was somehow stuck in the duct work above. Other plans also had the Swedish Chef popping out through the kitchen doors on occasion, as well as commotion coming from the kitchen as guests ate. Famous scenes from the Muppet Show would appear throughout the restaurant. As the name suggests, this restaurant would be complete pandemonium all of the time.

Another dining option Imagineering was conceiving revolved around the Swedish Chef. The location of this restaurant likely would have been across from MuppetVision, where Pizza Planet currently resides. The theme was to be the set of the Swedish Chef’s cooking show. It would have guests sitting at tables reminiscent of the Chef’s show, complete with full kitchen setups and cameras, as well as televisions depicting some of the chef’s greatest moments. 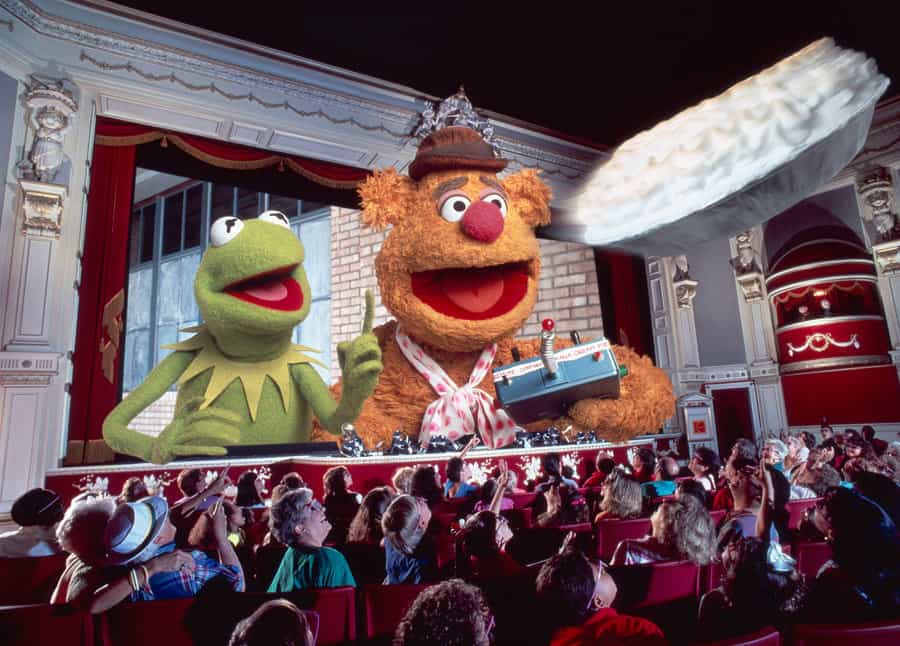 Why did this never come to be? The answer to that question is rather difficult. The plans for Disney to buy the Muppets fell through in the early ’90s, a major reason being the tragic death of Muppet creator Jim Henson. His passing left the deal in limbo, and rumors persist that Henson’s children, particularly his son Brian, was not at all happy with the treatment his family received by then Disney head Michael Eisner. The story goes–whether true or fabricated–that Eisner was pressuring them for the completion of the sale, and the Henson family felt that there was not enough time for them to deal with Jim’s death and the family estate– so they pulled the plug. Without the deal, the plans for New York Street went down with it, because the Henson family would not allow the usage of the Muppets in any new attractions in the Disney parks. Outside of MuppetVision 3D and the Stage One Company shop, there wasn’t any another Muppet influence in the park, until Robert Iger’s purchase of the Muppets in 2004.

So, we should have been looking at a creative, well-themed Muppet area of the park. This would have added to the Disney/MGM Studio experience that was really missing until the late 1990s. As we look to the future of both this area and the Muppet franchise, we can hope the success of The Muppets in 2011 and the upcoming Muppets Most Wanted in 2014 as perhaps a new  hope for a larger Muppet presence within the Disney parks. Guests keep hoping that these films will push Disney to expand the Muppet influence, and maybe some of these shelved projects might find their way back onto the drawing board.