Disney Stuck on the Drawing Board: Project Gemini

When we look at the Disney Resorts around the world, it is sometimes hard to wonder what might have been. What could we have seen in the late 1990s other than an empty 20,000 Leagues Lagoon? How different might Sunset Boulevard look if all of the aspects of the Disney Decade came true? Oftentimes Disney guests hear a little piece of the story, or none of the story, leaving rumors to abound and speculation to ensue. In the coming months, my Stuck on the Drawing Board series intends to dig into the facts about these plans, and why stayed on the drawing board. 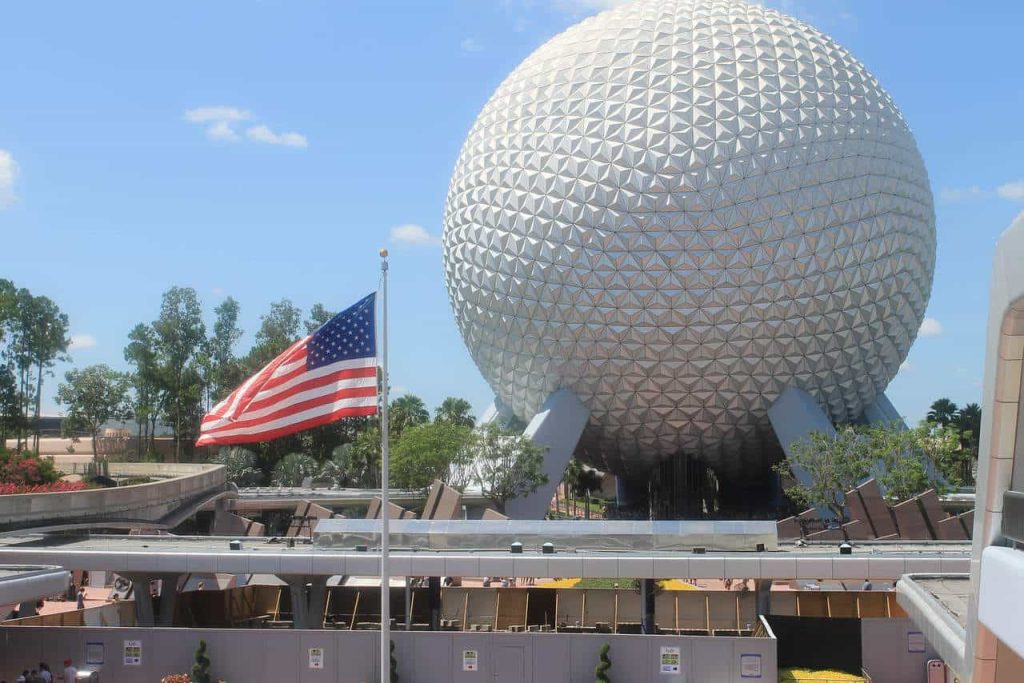 In the early 2000s, the Walt Disney Company began looking into ways to revitalize a few of the parks that were either under-performing, had not aged extremely well, or weren’t succeeding with guests. One such park that was moved toward the front of this list was EPCOT. Looking at the park as a whole in the 2000s, a few things stand out: The Living Seas had not yet had any major refurbishment; Horizons had just closed and was in the process of being demolished and replaced by Mission:Space; and the Wonders of Life Pavilion was still operating, but soon to be reduced to seasonal operation. There was a definite need for a major overhaul of Future World– but what?

The simple refurbishment of Future World turned into a major overhaul, complete with a name that would befit even Walt Disney himself: Project Gemini. This concept would completely revitalize the area of Future World, and bring it back to the original edutainment concept for the park. Guests would immediately notice a change in the signage and the overall theme of the land. The Future World name would be replaced with Discoveryland. Imagineering believed that the name Future World placed immense pressure on them to keep coming up with concepts, attractions and technology that was believed to be futuristic. With a name change, Imagineers thought there would be less pressure on them to continue pushing the envelope.

As soon as you walked into EPCOT, you would immediately see the change in the land: trees and shrubbery would replace the vast openness that the park has been known for (as well as the heat exhaustion from lack of shade). The first noticeable change in the setup of the land would be the inability to walk by Spaceship Earth on the left side. This was because of an addition that Imagineers called Time Racers.

Time Racers was to be a thrill ride located within the Spaceship Earth geosphere, based on the theme of time travel. The attraction, sponsored by Microsoft, would essentially be a dark roller coaster attraction with projection screens whizzing past guests. At the time, the former AT&T Global Neighborhood post-show would remain, but that could be due to the lack of a completed plan for the attraction. The closing of the left side walkway of Spaceship Earth was due to the addition of a pre-show and queue lines that would be indoors. Time Racers would essentially spell the end of the iconic omnimover dark ride made famous by Walter Kronkite and Jeremy Irons.

The Discoveryland plan continued with Living Seas being refurbished and themed around The Little Mermaid. This concept seemingly had a place within the pavilion, what with its connection to the sea and its immense popularity even in the mid 2000s. There was also a plan to close and refurbish the Imagination Pavilion to fit the project’s new theme. This was another in a long line of plans for refurbishment that never truly made it past early planning.

One of the more solid plans that was a Junior Autopia in front of Test Track, update the theme of Test Track itself, and add Soarin’ to the park in a pavilion built between the Land and the Living Seas. Soarin’ would have a Florida-themed film. The Innoventions buildings would have been broken up into six different buildings. On one side would be a building themed around expanding technology called Leading Edge,  a futuristic restaurant (likely where Electric Umbrella is), and a “future mart” which would replace MouseGear. The other side would feature an Internet cafe, a location for buying futuristic consumer goods, and a “house of the future.” These plans would have seen structural changes as well as pathway changes–much of what we see today surrounding the Fountain of Nations would be redesigned.

What happened to this plan? Why is it not in place today? The answer is money. Money became a serious issue. Rumors persist that after the Project Gemini concept was pitched, it was shot down quickly and sent back to the drawing board with the directions to cut costs. It seems the most expensive piece to the project lied in the redesigned Spaceship Earth, and many Imagineers even wondered if the structure could hold the weight and torque of a roller coaster. Also, there was the issue of logistics– it would be difficult to move construction into the geosphere.

So, in the end, the only piece  of Project Gemini that EPCOT received was Soarin’. The attraction was cloned and placed within the Land Pavilion. It did not get its own pavilion, nor did it receive a Florida-themed film. Siemens became the sponsor of Spaceship Earth, not Microsoft, and the attraction stayed somewhat the same, with only minor changes. The Living Seas received a Finding Nemo update, not Little Mermaid, and Innoventions stayed the same. The Imagination Pavilion is scheduled for refurbishment in early 2014, and many believe that some type of Phineas and Ferb attraction will be added.

Though Project Gemini stayed mostly on the drawing board, it is good to look back at this planned-but-never-created idea. Though it may be in the archives, we may never know when Project Gemini, or pieces of it, could come out of the archives.