Wow this has been a great week for Vinylmation and a great year for Ducktales. A little while back Campcom said it would be releasing a HD version of the classic game “Ducktales”, and now Disney Afternoons is back and the first set of series 2 is Ducktales! 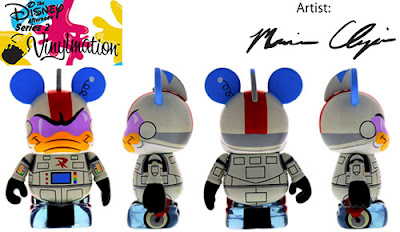 I think I asked for it a long time ago, but today Disney announced that the set will include two figures- GizmoDuck and his mild manner self, Fenton Crackshell. Look at that shark fin on his head, how cool is that? 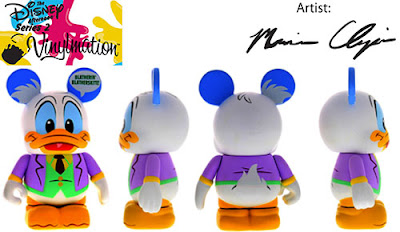 Another great announcement from Disney, and one I know a lot of people are excited about. For some people the original Disney Afternoons sets were the last time they got excited for a new Vinylmation set. According to Disney the price has raised to $19.99 and there LE was raised to 1500 (But that seems about right number of figures at the moment.) This set will come out at D-Streets and online on July 19th. And look, Maria Clapsis is the artist, which is also cool!

What do you think about this? Will this get you to stand in line?