Looks like a photo has leaked of the upcoming Agent P Mission Marvel figure that will be released at Disney Stores on June 24. That date is still rumor, as not confirmed by Disney, but is reported from many Disney Stores. Vinylmation Kingdom was sent and posted this photo: 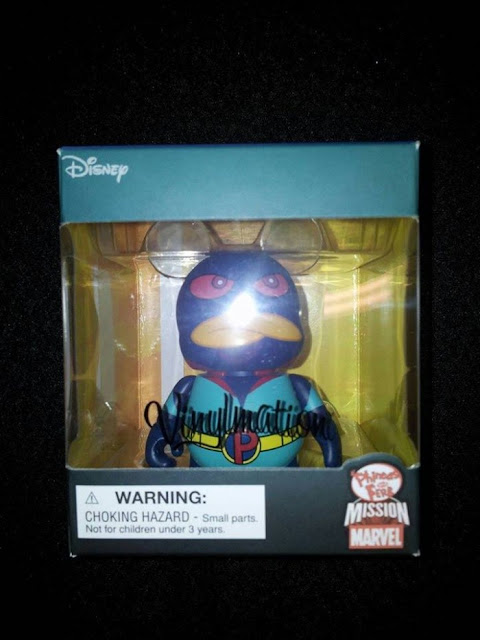 I love it! Agent P is in his superhero costume and has a “P” on his belt. No hat for Agent P, but by the piece seen between the head and body, he does have a cape attached. The episode, a crossover between Phineas and Ferb and Marvel, is set to air this summer.

Also, here is the trailer for the episode… as if you were not excited enough!