A Closer Look at Silly Symphony

The Silly Symphonies were a series of animated shorts produced by Walt Disney Productions. There was a total of 75 made between 1929 and 1939. Each short was unique, in that, with few exceptions, they did not contain reoccurring characters. The Silly Syphonies are a very important part of Disney’s animation history, because they were a testing ground for techniques that Disney would later use to revolutionize animation. They also launched the career of my favorite character, Donald Duck.

So it is wonderful that the Disney Design Group is celebrating the Silly Symphonies with a blind box Vinylmation set that is due out this fall. With all those shorts, there is quite a catalog of characters to choose from. Let’s take a look at the three characters we know about and speculate who else may be in the set. 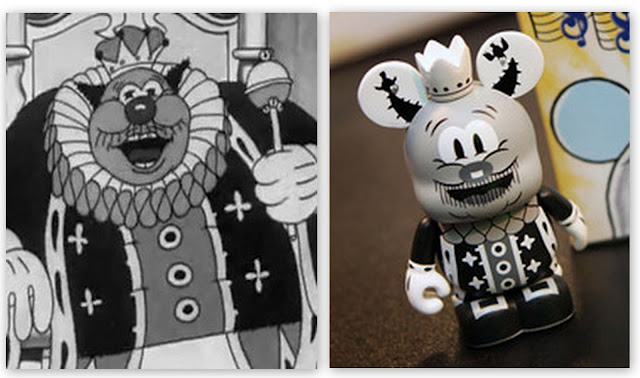 The first figure is Old King Cole from the 1931 short “Mother Goose Melodies.” In this short, Old King Cole summons various Mother Goose characters for his entertainment, including the Three Blind Mice as his “fiddlers three”, Miss Muffet, Jack and Jill (who meet Simple Simon atop the hill), Humpty Dumpty, Jack Horner (his Christmas pie also containing the four and twenty blackbirds), Bo Peep (Boy Blue brings the sheep home, one of which falls in mud to become Baa Baa Black Sheep) and the Cat, Cow and Little Dog. 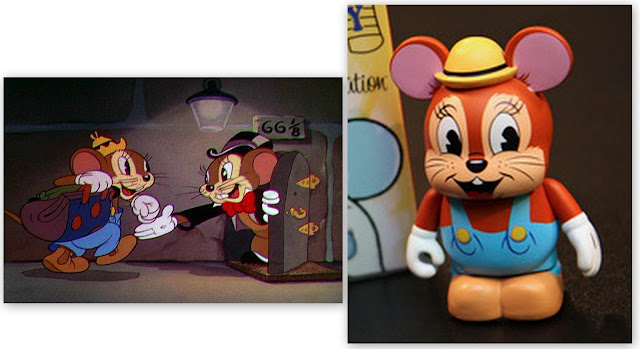 The next figure is Abner the mouse from the 1936 short “The Country Cousin.” The film’s story was based on one of Aesop’s Fables, The Town Mouse and the Country Mouse and won the 1936 Academy Award for Best Animated Short Film. 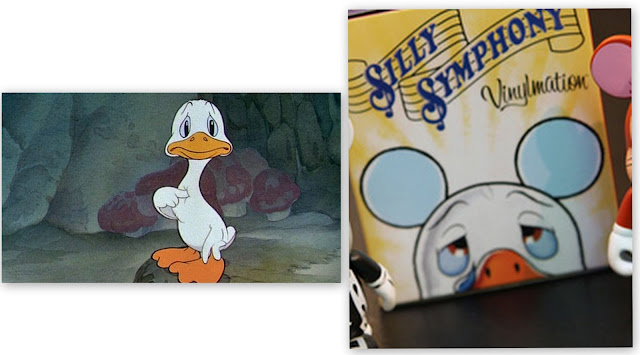 The figure on the box is from “The Ugly Duckling” which was released in 1939 as the last Silly Symphony. It was also the only story made twice in the series… the first was in black and white and contains less story elements. This short took home the 1939 Academy Award for Best Animated Short Film.

What else might be in this set? It is likely the artist have given a nod to “Flowers and Trees.” That was the first cartoon produced in full-color three-strip Technicolor. It also won the Academy Award for Best Animated Short Film in 1932 and was Disney’s first overall cartoon in color.

Another likely candidate is “Skeleton Dance.” This was the first, and still well known Silly Symphony. 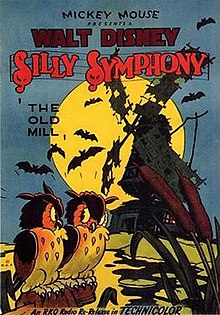 I would like to see “The Old Mill” represented. In 1937, this was Disney’s first use of the multiplane camera. A revolutionary technique that can be seen demonstrated inside One Man’s Dream at Disney’s Hollywood Studios.

The Three Little Pigs were popular Silly Symphony characters, but we have seen them in Animation 2. Will they be represented here again? What shorts or characters would you like to see?